This tool calculates properties of a linear regulator.

Since all the load current must pass through the series transistor, its power dissipation is $$PLoss = (VIN – VO) • IO$$. In this case, the efficiency of a linear regulator can be quickly estimated by: 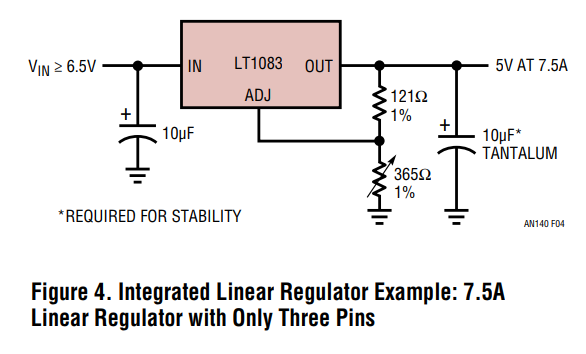