This article introduces the concept of transmitting power over wireless link with accordance to uniWP that allows multiple new applications and features.

Wireless power transmission has been known for many years, with inductive near field proximity coupling being the most commonly used technology.

The demand for wireless power supplies is huge: Mobile devices, charged without wire or contact, are robust, splash proof, reliable, simple to protect against humidity, sea water, dust, vibrations and explosion and are easy to sterilize. Mobile robots or operation terminals, medical equipment, implanted sensors, amplifiers, pumps and transceivers and e-mobility are some of the predestined applications.

After an enthusiastic start the industry has realized that there are some technical challenges regarding loose coupling, efficiency and EMI. The „universal Wireless Power“ („uniWP“) presented here represents a new solution to overcome the existing technology barriers.

Unfortunately, there is no possibility to determine the resonance frequency actively. In fact, the generator is the slave of the various parameters of the resonant circuit.

Can coupled resonant circuits be equivalent to a wired connection?

Wireless power supplies operate with inductive near field transmission. You can imagine that like a transformer. Primary and secondary winding are close together, there is almost no leakage inductance and the coupling factor is almost equal to 1. Conventional wireless power supplies work similarly. They need constant and tight coupling like in the electric toothbrush. But that´s not what the user wants! Normal applications have some distance between transmitter and receiver, perhaps a shifted position, maybe vibrations. So in reality we have a coupling factor much smaller than one, and a leakage inductance much larger than zero, which is even dynamic.

The critical coupling (green curve) is the equivalent of a wired connection. A further increase in Qs moves the system into an over coupled condition state (bifurcation), wherein there is no stable resonance frequency any longer (red). Over coupling must be avoided, because it increases losses and the semiconductor break down due to overstress. To avoid overcritical operation, common systems work in under critical coupling condition (yellow), which results in very low efficiency and very small bandwidth.

Summary: Conventional wireless power supply fail because of the dynamic resonance frequency, the low efficiency and the high electromagnetic emissions.

The new technology „uniWP“ has two main innovations. One is a large signal VCO, which guarantees independent, fast and stable resonance tracking. Thus, the system is not dependent on the given resonance frequency, because it can determine it itself. The new system uniWP has the ability to adjust the resonance frequency. Second innovation is the guaranteed linear operation with limitation to its physical limit, by avoiding over critical coupling. uniWP detects over coupling condition and takes measures against it. The system can work in critical coupling state, (green curve) which means 100% efficiency in theory. 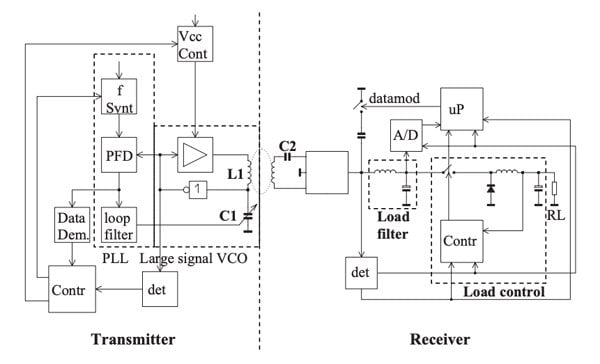 If the resonant circuit is driven precisely at its resonance frequency, the wireless transmission link behaves like a real transformer. This automatically results in the optimum matched condition since the real load is directly transformed to the transmitter side. This is exactly what occurs in „uniWP“ technology.

The maximum efficiency is achieved under the critical coupling condition as explained above. 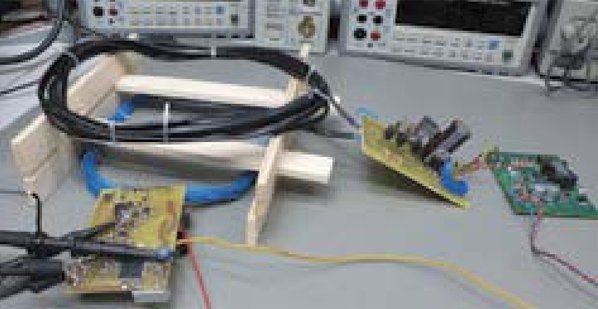 Figure 4: One example of „uniWP“: Transmitter with blue loop antenna, receiver with black loop antenna, synchronous rectification board and buck-boost-converter for a controlled output, here 24 Volt.

The „uniWP“ concept was verified with a regulated output voltage on the secondary side. 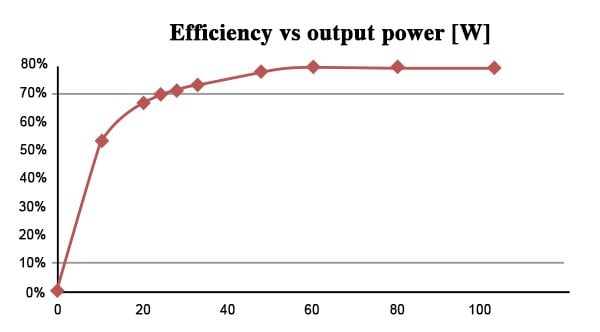 Figure 5: Efficiency of the example as shown in figure 4. There is no auxiliary supply! The distance between transmitter and receiver is approx. 4cm. The output voltage is a controlled 24 Volt.

Thanks to the high dynamic in the new „uniWP“ large signal resonance frequency control loop, arbitrary frequency spectrums can be generated through software (frequency synthesizer).

The „uniWP“ frequency spreading feature allows a reduction in the spectral density of 10 dB for the same transmitted power!

In this manner, federal frequency standard EN300330 (Figure 7) can easier be achieved by software without any hardware change (synthesizer frequency data). Thus, frequency notches can be generated at excluded frequencies in the swept frequency hopping mechanism in order to comply with additional national regulations. 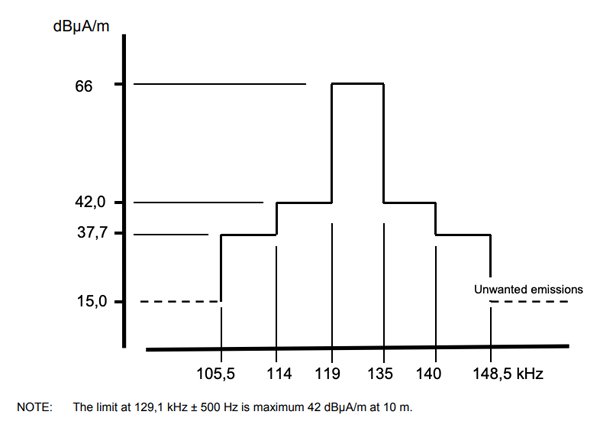 EN300330 and others specify the maximum levels in the specific frequency range. Consequently, thanks to the frequency spreading feature, „uniWP“ can transmit higher power levels than all other wireless transmission solutions. 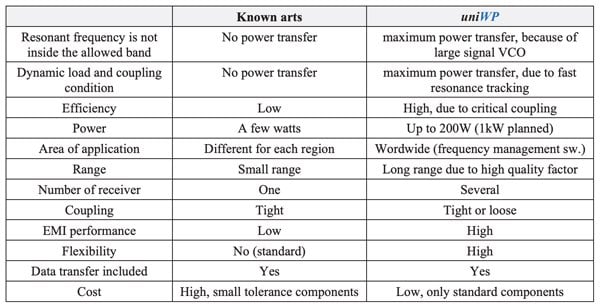 The concept to transmit power over a wireless link according to „uniWP“ allows multiple new applications and features. The advantageously insensitive operation even in harsh and dynamic coupling environments allows the system to be operated at the maximum physical limit. The simple power scalability far outperforms existing solutions. The research activities driven by cost, reliability and practical constraints demonstrate uniWP is a good solution for future product implementations and is well suited for future evolution.

Markus Rehm was born in Villingen and studied electronics and control engineering at the Furtwangen University of Applied Sciences from 1986 to 1990. He then worked until 1998 in Thomson Brandt's research and development laboratory with the electronic optimization of TV sets and video recorders. Markus Rehm has been self-employed since the laboratory in Villingen was closed. He had his former professor commit him to a research contract for two years and, upon completion, concluded that "power electronics engineers were not needed on the market, everyone wanted software experts." So he founded his own company, the engineering office Rehm, and gained a wide range of regular customers with his specialist knowledge.