The main categories for grounding electronic equipment are:

In general, the electronic types of equipment have different circuits and systems, each having its grounding terminal. The method to interconnect these grounding points is fundamental to eliminate electromagnetic interference. Due consideration to the impedances introduced by the grounding conductors is of paramount importance.

Communication is the process of information transmission between two devices. An electrical communication system attains this function primarily through the use of electric devices and phenomena.

While transmitting electrical signals, specific unintended and undesirable effects take place. Broadly speaking, “noise” is any unintentional alteration of the signal shape. However, it is possible to distinguish three primary contaminants: distortion, interference, and noise.

Distortion changes the signal because of the system’s non-linear response to the desired signal. Turning off the signal disappears distortion.

Interference contaminates the desired signal due to extraneous signals — usually human-made — producing undesirable responses in a circuit or system. A circuit may respond to an undesired signal when the frequency of the undesired signal is within the operating frequency range of the circuit.

Noise is an electrical signal – random and unpredictable – from natural causes, external and internal to the system. Adding noise to a signal may partially obscure or destroy it. While distortion and interference also contaminate the signal, the uniqueness of noise is that, theoretically, it cannot be eradicated – posing a fundamental problem in electrical communications.

Figure 1 shows a typical circuit using two signal wires and a common return current path. The source and load impedances connected to load 1 are Z1S and Z1L. Those related to load 2 are Z2S and Z2L. It is common to think of signal grounding as providing an equipotential point or plane used as a reference potential for a circuit or system. A ground plane is a sheet of metal connected to the ground. Ideally, every point on the ground plane should be at the ground potential.

In electrical technology, a plane is a surface on which every point is at the same voltage. A plane can be a sheet of metal, as shown in Figure 2. 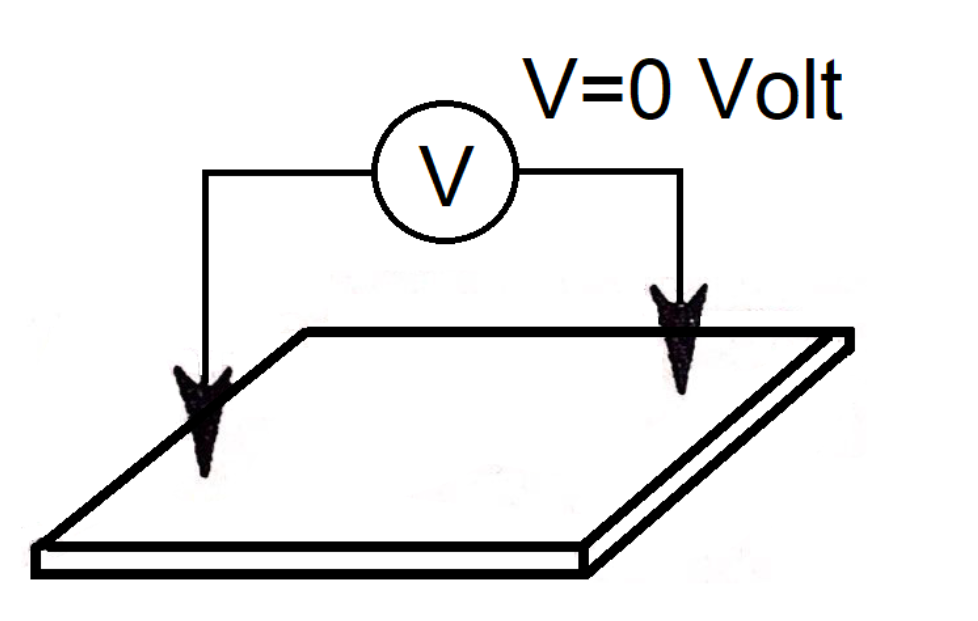 Figure 2. Ideally, every two points on a ground plane should be at the same potential. 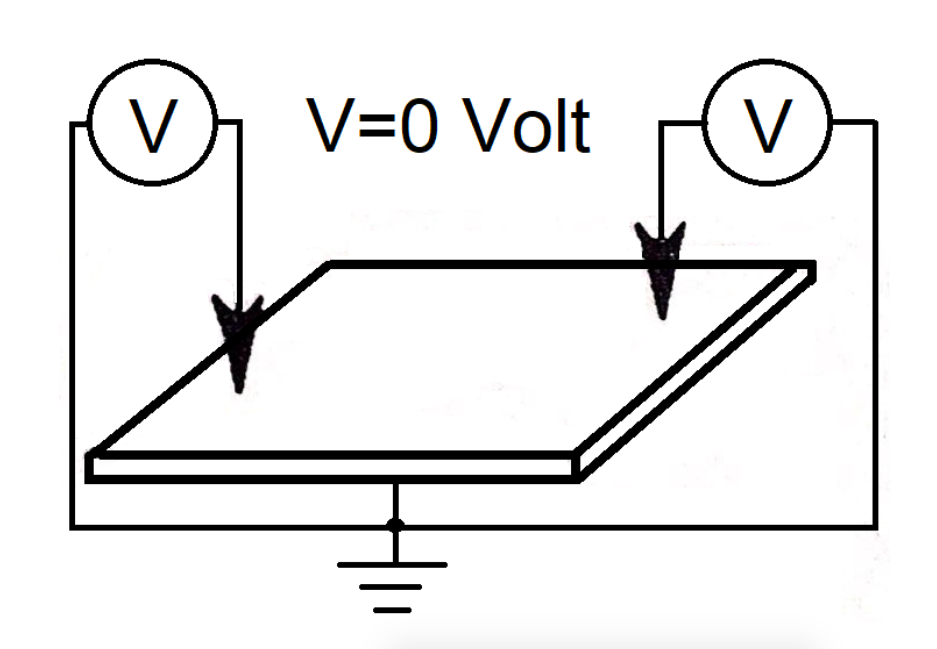 But practical grounds are not equipotential. When the current looks for a low impedance path to return to the source, it generates a voltage difference along the path it flows through. Then, there will be minute voltage variations even in a small plane. The equipotential plane is an ideal target.

As shown in Figure 4, we sometimes employ a ring of conductors as a ground plane. Figure 4. A ring of conductors used as a ground plane.

When the objective is to reduce noise, several methods are available to interconnect the grounding points of various circuits in the same equipment or some equipment located in the same area.

The signal grounding configurations must be weighed concerning dimensions and frequency.

The typical signal grounding configurations are: This configuration is a series connection of the individual circuit grounds. The voltages at points a, b, and c are cumulative, being c the highest and the lowest.

The above equations clearly show the interaction between the circuits. When the ground currents flowing in the common paths are low or absent, the reference potential is essentially the same in all subsystems or equipment. Place the most critical stage closer to the ground point.

Despite being susceptible to common-mode noise and being the least effective noise mitigation method, this technique is widespread because it is economical and straightforward.

The parallel connection eliminates the common impedances in grounding circuits by connecting them to the same point, as shown in Figure 6. The parallel connection is the most suitable at low frequencies because there is no cross-coupling between the ground currents from different circuits, and voltages at points a, b, and c depend on each circuit’s current and impedance.

This configuration mitigates common-mode noise but is mechanically bulky and costly, requiring a lot of wire in an extensive system.

The wire inductance increases the ground impedance at high frequencies, reaching very high values under resonant conditions when the wire length coincides with odd multiples of a quarter wavelength (λ). The ground path should be shorter than 1/20 of the maximum frequency’s wavelength to prevent resonance effects.

The multi-point grounding configuration connects multiple circuits to a ground plane. Unlike the previous arrangement, where the ground connection is at a single point, it is here at several points distributed on a ground plane.

Figure 7 shows circuits connected to the closest ground plane, usually the chassis. A chassis ground connects to an electrical or electronic system’s metal frame – the enclosure containing the components in place. The ground paths from each circuit to the ground plane should be short to reduce the impedance and avoid resonance.

The practice calls for combinations of single-point and multi-point methods for cost reasons and seeking a reasonable behavior to deal with noise. The opposite effect occurs substituting the capacitors with inductors. Since Xl=ωL , the lower frequencies see a low reactance – multi-point – while the higher frequencies see a high reactance – series connection. This arrangement is practical to keep a single-point configuration while connecting the safety ground required by the National Electric Code. Inductors provide low reactance for the power frequency while signals see a high reactance. Figure 9 shows such a connection. An Overview of Signal Grounding

Noise is an undesirable electrical signal which contaminates an original – desired – signal. Noise can be external or internal to the electronic equipment.

The series configuration employs a series connection of the individual circuit grounds in a daisy chain manner.

All the ground terminals connect to the same point in the parallel connection, eliminating the common impedances.

The multi-point system uses a ground plane to which the circuits connect separately.

Hybrid systems behave differently at low and high frequencies. Depending on the frequency and the use of capacitors or inductors, they can act as single-point or multi-point.