In recent years designers of power electronics turned to increasingly wider usage of integrated system solutions (power assemblies) from manufacturers of power semiconductors. In some industries, such stand-alone units optimized for specific applications are preferable to discrete power modules.

Of course, the process from receiving technical specifications to the production of a test sample of power assembly is no easy task. It is complicated by the need to select a semiconductor-heatsink combination that would ensure maximal usage of semiconductor capabilities, at the same time meeting the price cap set by similar solutions on the market.

Designers use the temperature of the transistor chip in the heaviest operation mode as an efficiency measurement of a given solution. The procedure of losses calculation is described in many manuals on operation of semiconductors and amounts to finding the sum of losses related to end time of switch-on/switch-off of semiconductor components (dynamic losses) and losses related to non-ideal conductivity of semiconductor module components in on-state and leakage current in off-state (static losses). The type of more prominent losses depends on switching frequency, modulation rate and used circuitry.

The development process is iterated. The amount of iterations depends on the experience and tooling of the designer. We recommend the following algorithm to select a suitable IGBT module: 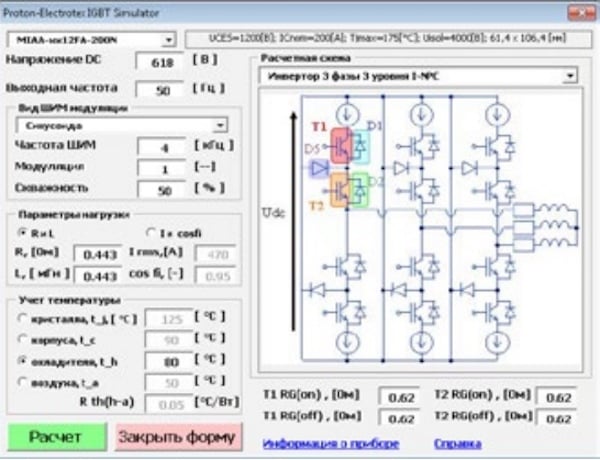 Figure 1: Interface of the program.

The Development of Thermal Simulators

To assist with the selection of a suitable solution, leading manufacturers of semiconductors offer software for heat analysis of semiconductors operation modes in typical applications. Such software is mainly aimed at calculation of thermal losses in the chips and temperature of chips in specific operation modes. Such programs have identical main features, however, each of them is only suitable for thermal analysis of modules produced by its own manufacturer, being their common and unavoidable shortcoming.

Proton-Electrotex has also started development of its software for simulation of thermal modes of IGBT operation in conversion equipment. Testing capabilities of the company make it possible to establish all dependencies needed for the development of the software.

In order to use such an approach, a mathematical model of the inverter is required. Its important advantage is the ability to model the entire circuit, to calculate currents and voltages in all elements, to use real models of the components and to use such tools as spectral decomposition, calculation of power factor and harmonic distortion ratio. 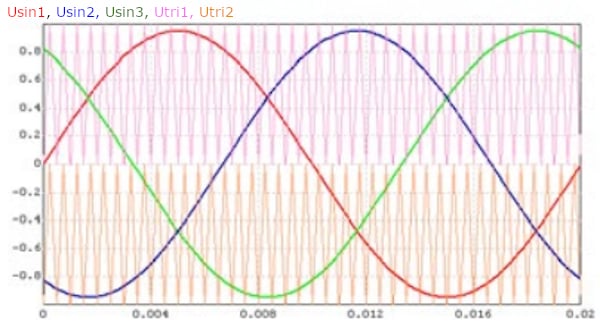 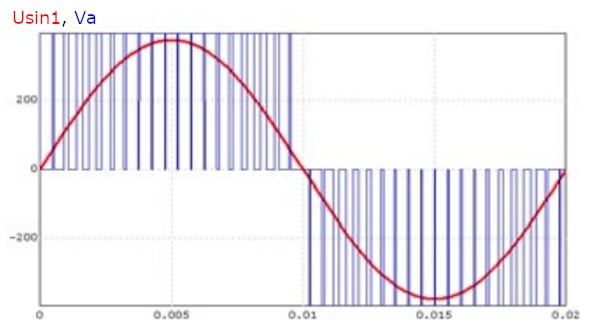 Figure 2b - Simulation results: pulse-time modulation and its sine wave 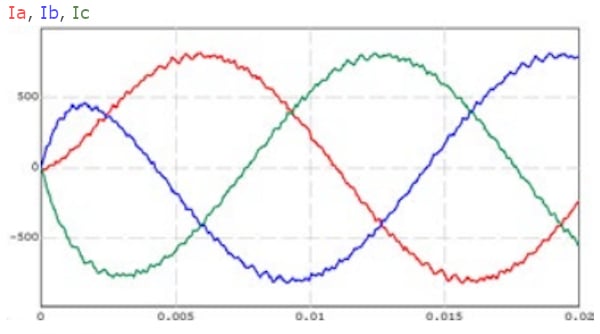 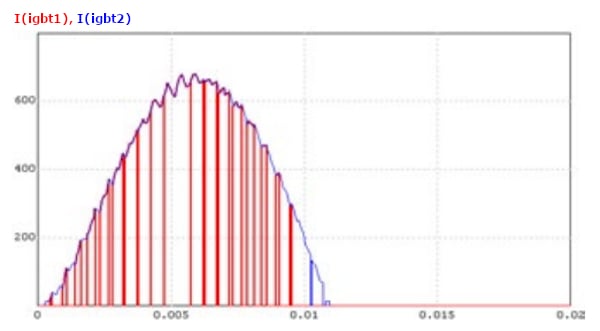 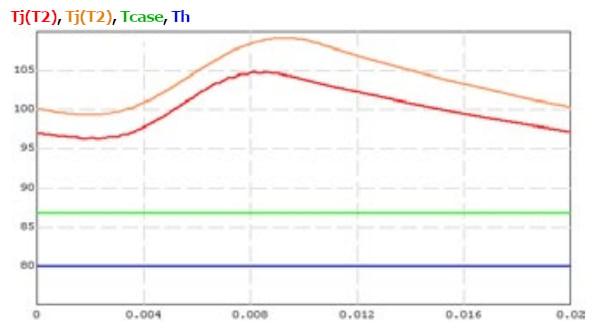 The program allows the user to select any of the modules produced by the company, choose circuitry and enter input values of DC bus voltage, output frequency, phase load, setup pulse-time modulation and account for chip or baseplate temperature. Simulation results for 3-L I-NPC invertor are shown in Figure 2.

Development of proprietary modeling software will allow the company to use advanced tools, provide its customers with templates for typical processes and input signals, optimize balance between parameters of a designed device, research properties of typical converter circuits taking into account nonlinearities, and create electronic design manual on the basis of previously completed projects. Currently, calculations in the program are carried out only at the customer’s request. Later the software will be available in free access or as an MS Excel macros, or a WEB application at the company’s server. Future plans include adding a block for modeling distribution of temperatures across the heatsink surface.

Timofei Fedorov works as a New Products Engineer at Proton-Electrotex, a financially independent company and one of the Russian leaders in development, production of power semiconductor diodes, thyristors, modules, heatsinks to them and as well power units for application in different electric energy converters located in Orel, Orel, Russia.