In this article, we’ll learn about microgrids, their operations, and applications in electrical utilities and various organizations.

Today’s world relies on an uninterrupted electricity supply. A microgrid is a local energy grid with the capability of controlling its components [1]. This translates into the fact that a microgrid can disconnect itself from the traditional grid under disturbances such as faults and operate independently. This is a boon in scenarios including power outages due to severe storms or other environmental conditions, aging infrastructure, or pressure due to increased costs which might otherwise lead to severe uncertainty in power generation and distribution.

A traditional grid helps connect several residential buildings, businesses, and other critical infrastructure with the sources of power. This enables the users to utilize multiple appliances and electronic systems. However, it is evident that all of this is completely interdependent and failure in one of the interconnected system components affects it in its entirety. In such a scenario, a microgrid comes in handy as it can operate as a standalone system,  although it is typically connected to the main grid. This is extremely helpful in times of crisis, like power outages or storms. Depending on the resources used to form it, microgrids can run indefinitely.

Microgrids are typically close to the place where there is a need for sustained power. This builds on the proximity and resiliency of its use [2]. The proximity of the microgrid facilitates the reduction of losses incurred during the transmission of energy and the cost of installing power networks. Since redundant distributed energy resources (DERs) are part of the microgrid, improved energy resiliency is delivered. Microgrids can be developed in several topologies and sizes to power a single facility or a vast area. Remote microgrids can provide power to critical services and communities that are housed away from the utility networks.

Understanding the Operation of a Microgrid

A microgrid connects to the main grid at a point of common coupling (PoCC) that maintains the voltage at the same level as the utility grid unless there is some issue with the main grid or any other reason to disconnect from it. The design can also be such that a switch can separate the microgrid from the main grid automatically or manually so that it can function independently as an island. This is illustrated in Figure 1. The core components of a microgrid include a power source, power management system, intelligent controls and energy storage system [3]. 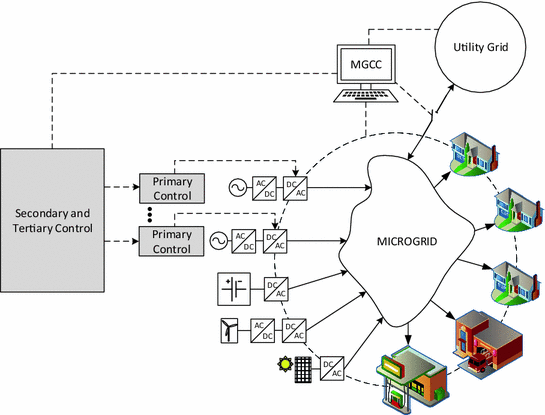 Figure 1: Operation of a microgrid [4] 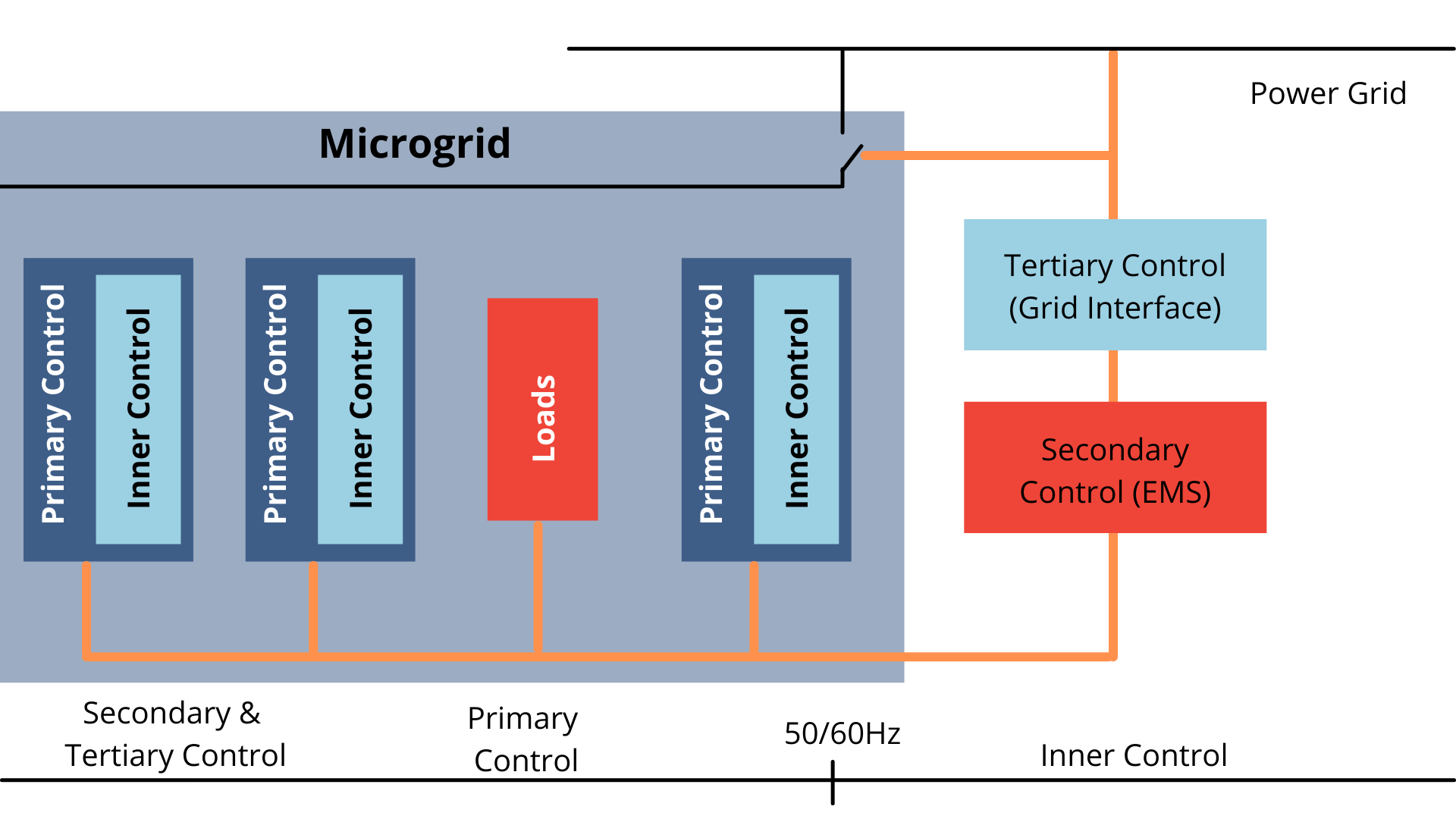 The simulation of microgrids can be accomplished using the hardware-in-the-loop technique. The individual units employed for power generation can be modeled adequately. The power or control interface can be simulated using a simulator, while the rest of the system can be simulated in real-time [5]. Physical systems can be simulated with localized controls and additional system-level secondary and tertiary controls to emulate the complete microgrid behavior. This effort helps understand the behavior of the overall system along with the system architecture.

Several organizations are shifting towards hosting microgrids to lower the possible risks while improving operational performance [6]. This is possible as microgrids transfer the control to users and help them achieve energy independence. Traditionally, microgrids have been employed in remote locations that cannot be connected to the central power grid and serve critical infrastructure. However, due to the recent advancements in technology and increased usage of renewable energy sources, microgrids have become more accessible and economically feasible.

Microgrids can be employed in organizations that intend to lower their energy cost, require huge amounts of reliable energy, and for those that pursue sustainability [6]. These are accomplished because when power is generated in-house, the lowest cost fuel sources can be employed for power generation, and costs due to power outages can be effectively eliminated. Connecting to the utility grid versus relying on a microgrid provides economic security while giving a handle to curb the costs incurred due to power quality issues. Also, since microgrids strategically integrate renewable and non-renewable energy sources, variations due to weather conditions and time-of-the-day based availability concerns can be handled effectively.

2. Energy IQ: What is a microgrid and how microgrids work

5. Microgrid Applications & Load Banks: What You Should Know