As part of the InMOVE project initiated in 2016, a consortium developed integrated power electronics for drives systems in electric and hybrid vehicles – with success: The research partners have succeeded in implementing a drive module with an impressive power output of 80 kW. For this project, FTCAP (part of the Mersen Group) provided a suitable DC link capacitor, which allows alternating currents of 70 A at a frequency of 13.5 kHz. This high current load is made possible by an innovative cooling system and the flat design, which improves heat dissipation.

The InMOVE project was led by the car manufacturer Volkswagen and involved, in addition to FTCAP, the Fraunhofer Institute ISIT, Danfoss, Vishay, Reese+Thies Industrieelektronik, and the Kiel University of Applied Sciences.

The goal of the project was to develop a modular drive concept for small and mid-sized drive power in plug-in vehicles on the basis of modern gear concepts, with a differing number of electric machines depending on the vehicle class. This enables the scalability of the electric drive power and variable drive architecture with the use of the same components. The drive motors are designed as compact, high-rpm electric machines with an integrated converter.

The modular concept for performance scaling and variability of possible drive technologies enables economies of scale and reduces development costs for the electric drive components. However, this requires integrated power electronic components with a compact design. The overall concept of the project, therefore, was to use innovative mechatronic technologies in order to implement the drive system concept described above.

After simulation in a demonstrator, the innovative technologies were examined and evaluated with respect to their functionality. Meanwhile, the project has been successfully completed: The partners have succeeded in implementing a drive module with an impressive power output of 80 kW/liter

The task of FTCAP was to provide suitable DC link capacitors for the demands of the application. The specifications required implementation of an 800V system with a switching frequency of 13.5 kHz and high current carrying capacity of 70A - 80A. In addition, the ESR needed to be low to minimize the generation of power losses. Other requirements included the ability to withstand temperatures up to 125°C, a low volume and long service life – not to mention low production costs for the capacitors. 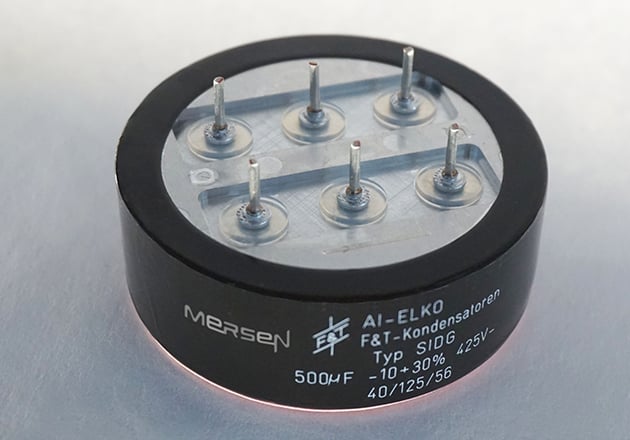 Initially, the company pursued the goal of developing a temperature optimized DC link capacitor on the basis of two different dielectrics. For this purpose, the two fields of aluminum electrolytic capacitors and film or foil capacitors were examined. Both technologies should be capable of handling the high-current and high-temperature requirements of the DC link. However, tests conducted during the design phase showed that a film capacitor cannot currently be implemented for this application with temperatures up to 125°C using the materials available on the market.

Comparison of the Different Approaches

Within the consortium, several general concepts for suitable aluminum electrolytic capacitors were then developed; two of these, with various advantages and disadvantages, were examined more closely. The main consideration was cooling, since the higher ESR would most probably result in higher power loss and also higher temperatures under load. Version 1 consisted of twelve narrow, long standard capacitors, while version 2 consisted of two flat, wide capacitors.

Although version 1 would have allowed inexpensive production, the probability of failure would have been much higher, due to a large number of capacitors. In addition, the length of the housing resulted in a poor thermal connection to the cooler, since the design reduces the cooling surface on the base.

Version 2 was based on two capacitors designed for optimal cooling with a threaded connection — the GW series from FTCAP. A special stepped base, in combination with a Sil-Pad, ensures optimal thermal dissipation. The stepped base and use of a ring clamp allow virtually seamless mounting of the capacitors on a heat sink.

The heavy-duty, laser-welded solid aluminum housing contributes to long service life. An innovative multi-pin cover ensures a low ESR and therefore a high current-carrying capacity. Although the cover is difficult to manufacture and generally involved a great deal of development work, the consortium decided to use this version 2. 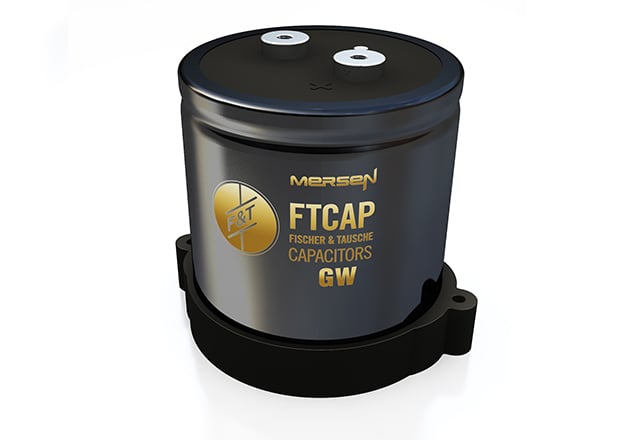 Figure 2: The individual solution for InMOVE is based on the threaded connection capacitors of the GW series, which are designed for optimal cooling

During the implementation of version 2, FTCAP first determined which electrolytes were available for the aluminum electrolytic capacitor in a temperature range of 125°C. Lab tests showed that while one potential 125°C electrolyte was able to withstand high temperatures, it did not have the required properties such as dielectric strength, conductivity and viscosity. In coordination with the consortium, it was therefore decided to continue the research with a suitable 110°C electrolyte system. After the calculation of the capacitor and testing of its feasibility in production, the engineering work began, and prototypes were built. 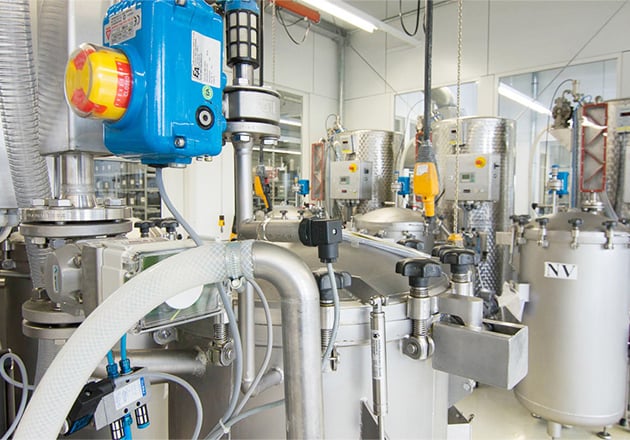 Figure 3: During the InMOVE project FTCAP conducted research to determine which electrolytes are suitable for the high-temperature range and the required electromechanical properties.

The results of the first article inspection confirmed the expectations with respect to both the mechanical and electrical properties. Afterward, the capacitor was operated under near-real conditions to conduct tests of the thermal and electric functionality at the required AC load of 70A. In a current load test, the temperatures were checked simultaneously at specific positions in and on the test capacitor. In addition, it was attempted in this test to simulate possible application temperatures by means of external temperature control using a Peltier element.

To achieve the necessary alternating current of 70A at a frequency of 13.5 kHz, an excitation coil with a power exciter was integrated by means of a coupling coil in a series-resonant circuit (consisting of a test capacitor, a resonant capacitor, and a resonant coil). The tests showed that the capacitor is capable of an AC load of 70A. Since the temperature control by means of the Peltier element can be used only as an initial approximation of the real cooler, temperatures of up to 140°C occurred.

Additional tests at the Kiel University of Applied Sciences confirmed, however, that the hotspot temperature in the capacitor does not exceed 110°C when it is installed in a real cooler. As a result, the consortium now had a suitable DC link capacitor that made it possible in the end to implement the 80 kW drive module. 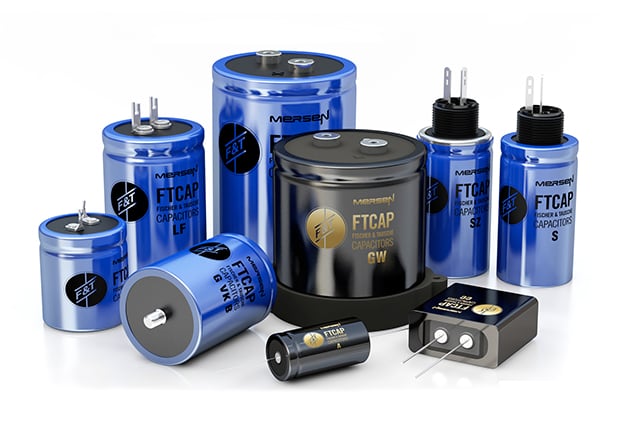 Research and development is fundamentally a high priority at FTCAP; the company regularly participates in research projects at the interface of science and industry. Currently, it is primarily the automotive industry – with the development of e-mobility – that is creating new challenges with respect to DC link capacitors: They need to be more compact and also more powerful, with a special requirement for a high current carrying capacity. In addition to specific research projects, FTCAP is working both on new film capacitors and new aluminum electrolytic capacitors for this industry. 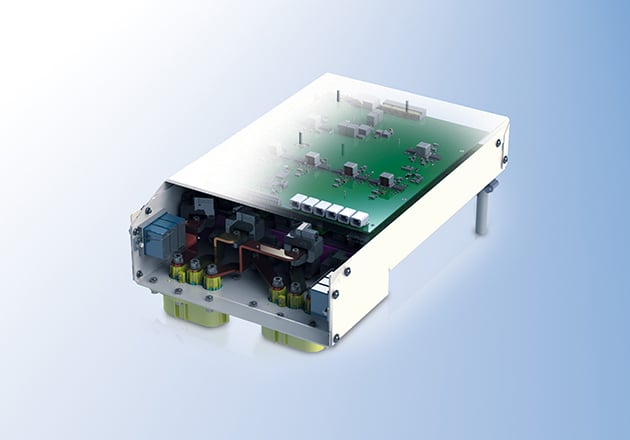 Figure 5: FTCAP regularly participates in research initiatives at the interface between science and industry – theisphoto shows another DC link capacitor for the H3-Top project

Multi-pin capacitors, for example, could create serious competition for the parallel connected axial capacitors with a soldering star that has dominated the market in the past. Initial tests have produced positive results; now the company is working on a highly versatile, scalable solution that is suitable for large-scale production. This development takes on a certain urgency in view of the auto industry’s goal of producing e-cars in large quantities starting in 2020 and 2021.