Silicon has been around long enough. It’s time for a younger and a far more fit semiconductor to take over. When I first started developing power devices 44 years ago, the “king of the hill” was the silicon power bipolar transistor. In 1978 International Rectifier (IRF) launched power MOSFETs as a faster alternative to the slower and aging bipolar devices. The early adopters of the power MOSFET were applications where the bipolar just was not fast enough. The signature example for its adoption was the switching power supply for the desktop computer; first at Apple, and then at IBM.

The target incumbent was Motorola as they were the largest market share holder of the bipolar transistor. As a reaction to the onslaught of the MOSFET, Motorola initially deployed resources to scare potential MOSFET users. These scare tactics included rumors of reliability problems, high prices, and an unreliable supply chain. Despite these attacks, the power MOSFET continued to gain acceptance into traditional applications where the bipolar transistor used to be dominant. Recognizing the superiority of this new technology, Motorola launched their own power MOSFETs pledging to be agnostic between the two technologies -- “We make both, so buy from us” was their battle cry. The problem was, they didn’t make the best power MOSFETs, and eventually, they lost the war.

Today the power MOSFET is the “king of the hill,” and GaN-on-Si power devices are the challenger. The early GaN adopters needed the speed. Big examples were lidar systems for autonomous cars, drones, and robots, and 4G/LTE base stations. The volume has 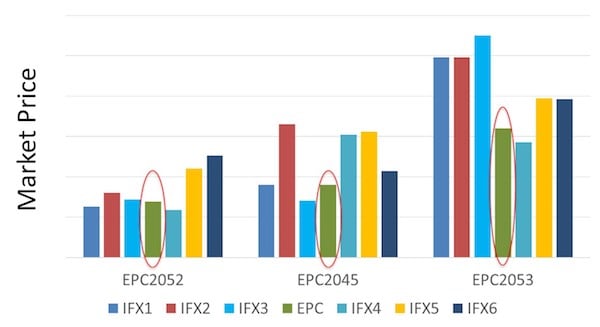 grown, and now GaN power devices are at a point where the prices are equivalent (see figure 1) to the slower, bigger and aging power MOSFET. Thus, it is time for GaN’s frontal assault!

The Roman philosopher Seneca wrote, “Luck Is what happens when preparation meets opportunity,” In the case of GaN transistors, there has been a decade of “preparation” with over 100 billion hours of field experience with fewer failures than the mature power MOSFET. In addition, during this period GaN transistors have followed a Moore’s Law pattern of higher performance and lower cost year-after-year. Now comes the “opportunity.” In 2009, Facebook recognized that their exponential growth was causing similar growth in the cost of servers and energy requirements. As a reaction, Facebook started working on a new generation of data center design with great success. In 2011 Intel and Rackspace joined the effort and together launched the Open Compute Project.

Among the many technological advances and improved standards and practices came the realization that changing the input voltage to the server rack from 12 V to 48 V would save a significant amount of energy while lowering the cost of printed circuit boards and connectors. Since the initiation of these standards, many high-performance servers have converted from 48 V to the point-of-load (POL) on the mother board with processors (CPUs or GPUs).

Instead of heavy, large, and costly isolated “brick” 48 V – 12 V DC-DC power supplies that lived in the server rack, there was a new demand for 48 V – 12 V (or even much lower output voltage) DC-DC converters that could squeeze onto the mother board in close proximity to the processors. These DC-DC supplies did not need to be tightly regulated or provide isolation like their predecessors. However, they needed to be low cost, small and highly efficient. 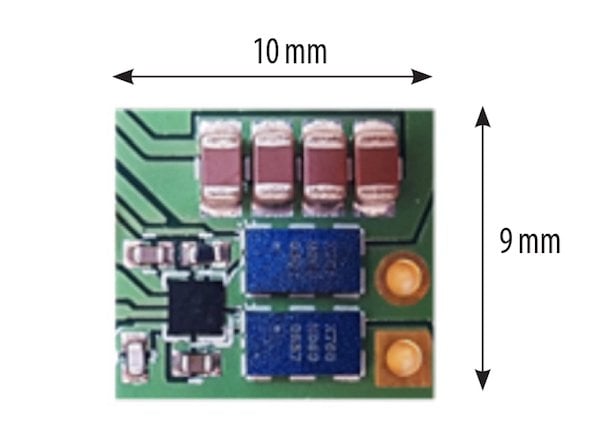 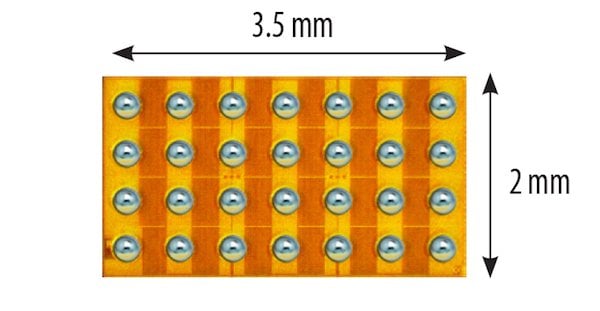 Figure 2: On the left is a 48 V – 12 V buck converter power stage showing the two GaN FETs with blue backs. On the right is the front side of the EPC2053 chip-scale FET. 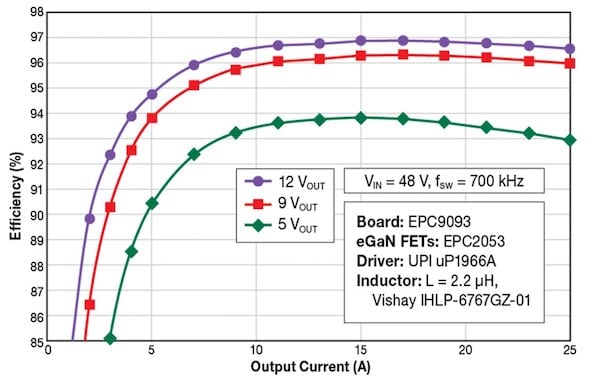 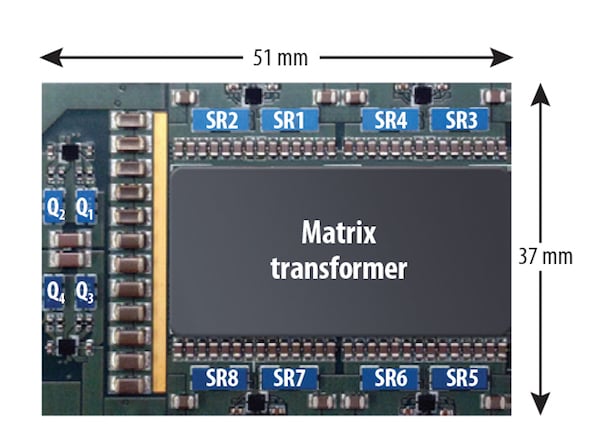 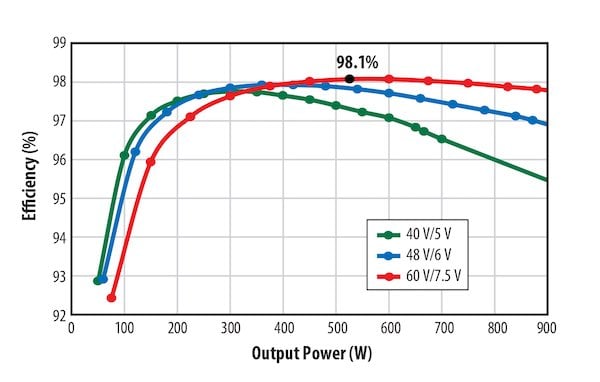 Figure 5: Greater than 98% peak efficiency is achieved as shown in this graph of efficiency as a function of output power at 40 V, 48 V, and 60 V input voltage

And then the automotive industry started to follow a similar path, opening up another large opportunity for GaN. Given the growing demand for electronically-driven functions such as electric steering, electric air conditioning, electric suspension and a multitude of USB-C charging ports on modern cars and trucks, the traditional 14 V power distribution buses have been growing in size and weight at an alarming pace. A mild hybrid car today requires between 2 and 8 kW of electricity to be available. At 14 V, 8 kW requires wires to conduct 570 A. At 48 V that number is reduced to 170 A, which saves on the need for heavy and hard-to-manage wiring harnesses.

Recognizing the value in moving to a 48 V system, the Tier-1 automotive electronics manufacturers are all producing or planning to produce 48 V – 14 V bi-directional DC-DC power supplies to accommodate this new electrical architecture while maintaining compatibility with legacy 14 V systems. The simplest, lowest cost and most efficient solution today is the GaN FET-based buck/boost converter such as shown in figure 6.

Today’s GaN FETs are improving rapidly in size and performance. The benchmark devices are still 300 times away from their theoretical performance limits. Incumbent MOSFET producers, with full knowledge that their products are near their performance limits, are already broadcasting vague warnings – scare tactics – of reliability issues and unreliable supply chains or cite obsolete GaN pricing and performance comparisons. Already the trope that “we can do MOSFETs or GaN, we are agnostic” has reappeared from entrenched silicon players.

As Mark Twain allegedly said a century ago, “History doesn’t repeat itself, but it often rhymes.”