This article features TDK's series of EPCOS components that are crucial to the reliability of fire alarm systems, particularly in overvoltage protection.

Smart building and smart home applications such as intelligent thermostats, access controls, and burglar alarms are becoming more widely established as a standard in building management. Of these applications, fire alarm systems are especially important, because people's lives and property depend on them. TDK offers a series of EPCOS components that are crucial to the reliability of fire alarm systems. Particular importance is attached to solutions for overvoltage protection.

Office blocks, hotels, airports, shopping malls: buildings designed for large numbers of people must be equipped with automatic fire alarm systems. These are complex systems consisting of sensors, actuators, power supplies, and data transmission units. The individual fire detectors are generally linked over a network to a controller. Depending on the building structure and layout, both ring and star network topologies are used.

The controller has two tasks:

Fire alarm systems are powered, for example, by means of 24-volt power supplies. As the systems must continue to function even if the power fails, this supply is combined with a UPS that guarantees a voltage supply even during extended power outages. Apart from fire detectors, motion detectors and glass breakage sensors must also be integrated into the system. Figure 1 illustrates the basic structure of a fire alarm system. 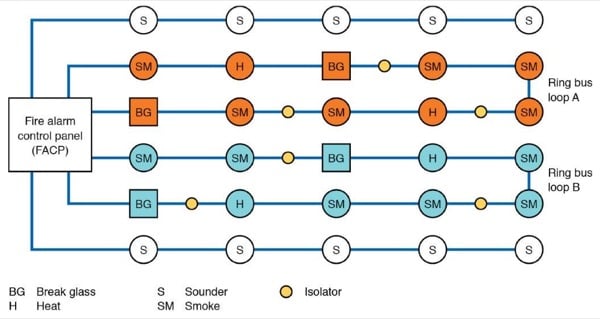 Figure 1: Structure of a fire alarm system whose network for the fire detectors is based on a double ring topology. The audible alarms (sounders), on the other hand, operate in a star network topology

The fire detectors operate with different sensor technologies, depending on requirements:

Figure 2 shows the block diagram of a fire detector with optical sensors.

Figure 2: Internally, the voltages for the microcontroller (3.3 V) and for the infrared transmitter and receiver (10 V) are generated from the voltage of the supply bus (24 V)

Due to their complexity, fire alarm systems can be exposed to all kinds of overvoltages. These can occur on both data and power supply cables. The problem is exacerbated by the considerable length of the cables in the system, as this produces a number of possible coupling scenarios. Figure 3 provides an overview of the possible types of overvoltage. 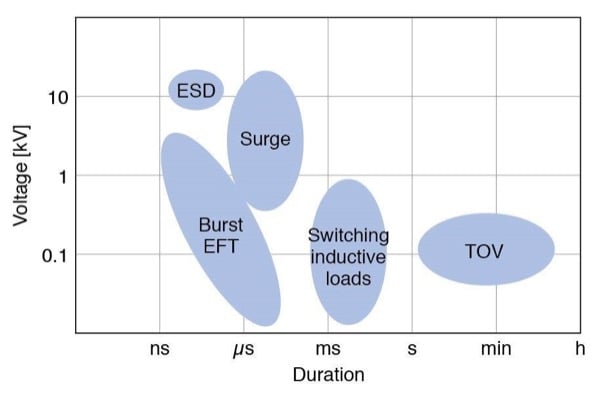 Figure 3: Overvoltages differ according to the level of voltage, duration, and cause. The waveforms and standards by which these are measured are correspondingly diverse.

TDK markets suitable EPCOS varistors for all kinds of overvoltage. A distinction is made here, however, between monolithic and multilayer types.

Monolithic varistors are designed for high voltages and currents and are therefore used for the mains inputs of power supplies. In addition to conventional disk varistors, the T14 and T20 series of EPCOS ThermoFuse varistors are particularly suitable for safety-related applications. They are designed for voltages between 130 VRMS and 1000 VRMS and their surge current capability is up to 10,000 A (8/20 µs).

If the varistor of a ThermoFuse should overheat, the integral fuse isolates the varistor from the network and prevents any fire on the printed circuit board or damage to components located near the varistor. Fuse and varistor are housed in a plastic casing that, like the coating of the varistor, is made from the flame-retardant material.

The components have three connections: two for the power cable and one acting as a monitoring output, by means of which the status of the component can be displayed with an LED, for example. To simplify replacement, these varistors can be installed using a printed circuit board terminal. 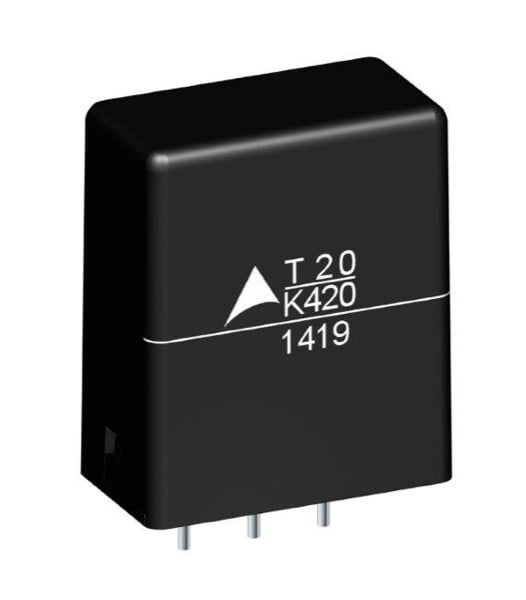 Figure 4: Varistors of the ThermoFuse series protect themselves against overheating. Moreover, the status of the component can be continuously monitored by means of a monitor output

For the power supply bus of fire alarm systems as well as the fire detectors themselves, the multilayer varistors of the CTVS surge protection series are suitable for protecting against surges in accordance with IEC 61000 4-5. Thanks to their multilayer technology, these components can be manufactured for different rated voltages according to requirements. The surface-mount components in case sizes 0805 through 2220 are designed for surge currents of up to 6000 A at 4 kV in the pulse shape 8/20 µs or 2 kV at 10/700 µs and can withstand forces of up to 15 J. These components are even suitable for ESD protection according to IEC 61000 4-2 Level 4 and offer reliable protection up to 30 kV.

In contrast to other protection component technologies, such as TVS diodes, EPCOS CTVS varistors exhibit no derating up to a temperature of 150°C.

As required for certain components by manufacturers of safety systems, the relevant types of the CTVS series are approved to UL 1449 (file ID E481997).

Table 2: The key data of the CTVS surge protection series

The Different Voltages in a Fire Detector

Fire detectors that operate with optical sensors require additional internal voltage levels: 10 V for the infrared transmitter and receiver and 3.3 V for the microcontroller. Figure 5 shows a possible circuit diagram for generating the different voltages in a fire detector.

Figure 5: Generation of different voltage levels in a fire detector by means of a discrete solution for 10 V and an LDO (low-dropout controller) for 3.3 V. Four varistors are used here for the protection against overvoltages

The input, which is supplied by the 24-volt DC bus, must always be protected with a varistor (CTSV1), in order to prevent injection of overvoltages. A CT2220K30G EPCOS SMD multilayer varistor from the CTVS surge protection series can be used for this purpose. It has a maximum DC voltage of 30 V and is designed for a surge current of 1200 A (8/20 µs). It should be placed as near as possible to the connecting terminals.

The parallel-switched C1 capacitor – for example, a TDK MLCC – is used for suppressing high-frequency interference. Depending on the bus voltages or surge voltage requirements, there are a large number of other multilayer varistors from the TDK portfolio, which can be used at the input.

The circuit comprising Q1, R1, and D1 forms the voltage controller for the 10-volt output. To increase safety, a CT0402S11ACCG EPCOS varistor is switched in parallel with the Zener diode (D1) in order to prevent an excessive voltage rise at the base of Q1 should the diode fail. The stabilized 10-volt output is protected with a further varistor (CTVS3). The ceramic capacitors C2 and C3 are used for stabilizing and noise suppression. The voltage for the microcontroller that is generated via the LDO controller is protected by means of a CDS2C05GTA varistor (CTSV4).

Apart from the power supply lines, it is also necessary to protect the data cables, because ESD events can damage interfaces in particular. For this purpose, TDK offers excellent protection in the form of the EPCOS CeraDiode high-speed series. Thanks to the low self-capacitance, which are as small as 0.6 pF depending on the type, the integrity of the signal is not affected. Apart from the conventional single-chip types, arrays are also available, for example, for as many as four data cables. A further striking technical feature of the product is the extremely short response time of the CeraDiodes at no more than 0.5 ns.

As all fire detectors lie parallel to the supply bus, a short circuit in just a single device would paralyze the entire line section. To prevent this, every fire detector must be equipped with a fuse. PTC thermistors are particularly well-suited to this task, as they act as self-resetting fuses. Functional principle: as long as the thermistor is cold (room temperature), it has a low resistance. If, as in the case of a short circuit, a current occurs that is significantly above the specified maximum, the PTC thermistor heats up and switches suddenly to a high-impedance state. This restricts the current flow to a non-critical level. As soon as the cause of the short circuit has been rectified, the PTC thermistor cools down and returns to its low-impedance state. The B59873C0120A570 EPCOS PTC, which is designed for a maximum load current of 90 mA at 25°C, is ideally suitable for use in fire detectors.

Apart from the solutions for overvoltage protection, a whole series of other EPCOS and TDK components are suitable for use in fire alarm systems. These include inductances as well as ceramic, film and aluminum-electrolyte capacitors, as well as NTC thermistors. The latter can be used, among other things, to make fire detectors that operate on the thermal principle.