A small device with a big impact: The IVT current measuring technology from Isabellenhütte can even be found in racing cars today. Largely unnoticed by the public, the family-run company from Dillenburg in Hesse has become an FIA technology partner in recent years. It is a commitment from which Isabellenhütte has already gained valuable insights in Formula One for the mass production of precision measurement technology systems. They have now been doing this in the high-performance environment of Formula E since 2014 as well.

How do you actually become a technology partner with the FIA (Fédération Internationale de l’Automobile)? Andreas Lepper, the project manager of the IVT-F development team at Isabellenhütte, knows the answer. After all, he coordinates Isabellenhütte's cooperation with the FIA. “The cooperation essentially began almost 10 years ago,” says the 37-year old electrical engineer. “That is when the McLaren Formula One team approached us. At the time, the McLaren location in Woking, England was looking for a current sensor for the first hybrid system to be used in a Formula One racing car.”

How to Become an FIA Technology Partner

Motorsports fans know this system under the name KERS (Kinetic Recovery System). A look back: The Formula One team McLaren gained an advantage already in 1998 by using the energy recovery system, but just for a single race and then it was banned again. “As we know today, however, that was not the end of KERS.” For commercial and environmental reasons, the concept of the energy recovery system ultimately made sense. That is why there would be a KERS revival 10 years later. And again it was McLaren who advanced this new technology. “At the time, we were working together with a British company that specialized in prototype design and that provided the measurement technology for this purpose. McLaren also relied on its services. And that is how the first contact came about,” explains Lepper.

McLaren also left the competition in the dust in 2009 by using the KERS again. “This was an achievement of the IVT measurement technology,” explains Lepper. The other teams were less excited about it. The result was a gentlemen’s agreement in which the team bosses agreed to no longer use KERS. It was first in 2011 that the FIA officially allowed the use of KERS. In 2014, it was ultimately replaced with ERS (Energy Recovery System). The advanced energy recovery system now not only converted braking power into energy but also extracted additional power from the exhaust fumes.

To ensure that no team could gain an advantage, the FIA required a complete and transparent data collection of the amount of energy that flows into the drive train as soon as the driver activates the ERS. Since then, energy volumes and opening times of the ERS window have been detected, recorded and issued by the IVT measurement technology in Formula One.

“During this time, we have constantly continued to develop the IVT measurement technology and have specifically designed it to meet the requirements of Formula One racing,” explains Lepper. When Formula E finally starts racing in 2014, Isabellenhütte’s measurement technology also experiences a tremendous development boost. The invariably battery-powered racing cars place entirely new technical and physical requirements on the measurement technology. The sensor must then be enhanced again in terms of precision, performance, and compactness. The experience gained from Formula One was helpful here. The latest result of this development work is the IVT-F (F for Formula). This special design has been used in all Formula E cars since 2014. 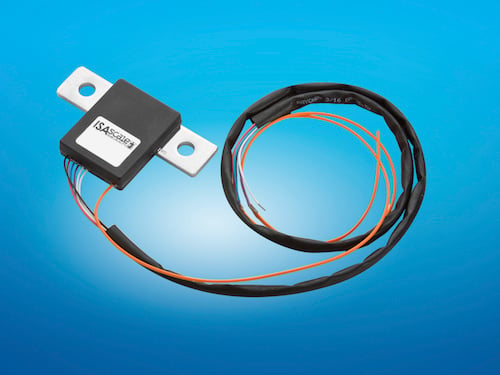 Figure 1. Beyond Formula One, Isabellenhütte also equips all Formula E racing cars with the IVT-F current measuring system and has been doing so since 2014.

Working for the FIA means, above all else, working under pressure. Within a development period of just a few weeks, the engineers of Isabellenhütte worked to design a completely new measurement system, which includes the design, prototyping, tests, and production. This requires a high level of expertise and lots of development power. “We are in close contact with the FIA engineers in Geneva. That is where the requirements for the performance profile and design come from.” Adjustments are allowed and are carried out by the team and then approved by the FIA. That’s what the rules stipulate. “Of course we provide support here with the optimal system integration — on the hardware side, for example, through structural variations in the size and installation position, and on the software side through dbc-file or support with the implementation of the communication via CANbus.” This system will continue on in the coming season when the cars will be even more powerful. The technology changes quickly on both sides. However, Lepper is confident: “The fifth-generation IVT-F will also master these challenges.”

The currently installed fourth-generation shunt-based measurement systems are characterized by extreme precision and insulation strength. In order for the racing cars to achieve similar speeds to the Formula One combustion engine cars, power that can immediately be accessed as efficiently as possible within specified limits in a corresponding amount and voltage is required. First and foremost, this affects the so-called FanBoost. Here drivers selected by the fans get additional energy packages. They help achieve an additional performance boost during the race. The IVT-F is responsible for precisely measuring these processes and ensuring fair competition.

The Isabellenhütte team developed a new type of isolation for this purpose, which is now even used in large-scale products, such as the IVT-S. At 1,000 volts, it uses the isolation properties of the printed circuit board itself in order to achieve the insulation strength required in the Formula vehicles — an impressive maximum value. “To the best of my knowledge, there is no competitive product that has such a power capacity coupled with an ultra-compact design,” states Lepper. In addition, it comes with very good linearity, tailor-made electronics, quick scanning, and in-house calibration, which lead to the measurement precision of the IVT-F. And measurement precision is indispensable in Formula E in particular, because, among other things, it provides exact information about power consumption and voltage – key values that are decisive for the race.

Of course, there is a very specific interest behind the Formula E commitment. Like any technology partner, Isabellenhütte strives to gain insight to benefit its series production. Isabellenhütte utilizes Formula E for this purpose. On the one hand, it strives to constantly demonstrate expertise and capability in a very dynamic environment, but on the other hand, it strives to ensure a constant flow of expertise that the company wants to use to further expand its technology leadership within precision measurement technology. “We expose our system to the harshest conditions in Formula E. In this way, we gain valuable insights that ultimately have a positive impact on the quality, performance, and design of our IVT series products,” confirms Athier Lafta, product manager for precision measurement technology at Isabellenhütte. And it’s worth it. The IVT-MOD has already benefited from detailed technological solutions that first had to prove themselves in Formula One before going into series production. This, in turn, led to the development of the successor IVT-S. 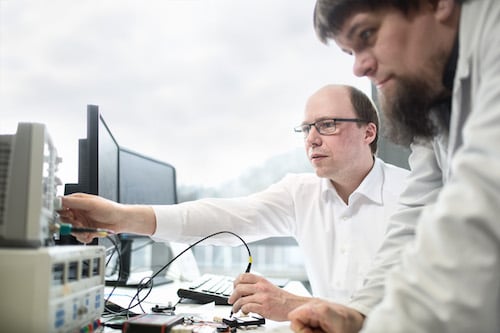 According to Lafta, it is clear that the requirements in the automobile manufacturer market will also continue to increase in terms of e-mobility and continuously improved products will be demanded, for example, modules with a higher system voltage. “And Isabellenhütte can deliver these products today, thanks to formula racing.”

Andreas Lepper holds a Dipl. -Ing. in Electrical Engineering at the University of Applied Sciences Gießen-Friedberg. He currently works as the Project Manager at Isabellenhütte Heusler GmbH & Co. KG.

Florian Simon holds a Dipl. Inform. in Computer Science at the Technical University of Central Hesse. He is also a Certified Tester Foundation Level and iNTCCM Certified Professional for Configuration Management at iSQI GmbH. He currently works as a Software Engineer at Isabellenhütte Heusler GmbH & Co. KG since January 2012.