The main idea, which is discussed in this article, is the aspects of increasing the reliability of power semiconductors with 80 mm and more diameter semiconductor chip applying the technologies of low-temperature sintering of silicon wafers and molybdenum discs using the silver nanoparticles. In addition, the dependence between the joint weld porosity and cycling capability of an experimental sample is examined, as well as the optimal pressure and temperature range of sintering process is defined.

The technology of low-temperature sintering is widely used nowadays in the semiconductor power electronics [1, 4]. The one of the advantageous trends is the usage of this technology for connecting the silicon crystal and molybdenum discs of high and ultra-high power thyristors and diodes which are based on the 80-150 mm silicon crystal.

Sintering usage experience of high-powered single-chip thyristors and diodes is representing such advantages of this technology as improved cycling capacity [3, 4], reduced thermal resistance [2, 3, 4] as well as increased surge current values [1]. Moreover, the described technology possesses the significant benefit of the emitted layer surface injection index values [6]. Nowadays the trend for nanoparticles based silver-bearing materials is increasing.

The appliance of such materials allows decreasing the pressure and temperature during the sintering process due to the increased free energy of nanoparticles. In its turn the too high level of free energy may lead to the internal mechanical stresses during the sintering process, which might be reduced by the increasing the joint weld porosity though that generates a range of other issues, which is investigated below.

Thus, for producing the power semiconductors it is significant to determine the balance of minimal pressure and temperature values during the sintering process and the porosity of the result joint.

The process mechanism of sintering

The sintering technology is based on the diffusion principles of welding and plastic deformation of silver. At that the driving force of sintering is the free energy store on the surface of silver particles.

The main sintering process model is the Mackenzie Shuttleworth model [5]:

Table 1: The relation between free surface energy and scale of silver-bearing particles

The increment of free energy allows to decrease sintering temperature. At its turn temperature decrease has a positive effect on residual stress values in the silicon structure. However, sintering might proceed very intensively through high level of free energy, which may lead to internal mechanical stress and weld cracking. It is possible to prevent these negative effects by the means of increasing the porosity of the joint, as it leads to the increase of elasticity (decrease of Young’s tensile modulus). Otherwise, the increasing porosity exacerbates the thermal conductivity of the weld, which might have a negative influence on thermal impedance of the semiconductor component.

Moreover, there is one more negative effect, which is typical for thyristors and diodes based on the large area crystals and which are mounted in tablet housings. While the process of thermocycling of such components the tangential mechanical strengths are transferred to the semiconductor element from the upper and lower copper disks by the friction. Herein the molybdenum thermal compensator, which is a constituent part of a semiconductor element, compensates the impact of such strengths. However, the decrease of Young’s tensile modulus results in the destruction of the silicon wafer as the molybdenum thermal compensator ceases to carry out its functions.

Producing the semiconductor components with 80 mm silicon crystals it is sufficient to provide such porosity values that internal tensions would not occur during the sintering, both with critical exacerbation of thermal impedance and weld durability.

For the aims of a research of the relation between thermocycling capacity and porosity of the joint and determination of the optimal temperature and pressure range of values during the sintering process the experimental samples of thyristor TFI393-2500-28 with the 100 mm semiconductor designed for repetitive reverse voltage of 2800 V and mean current of 2500 А were produced. Silver films based on silver nanoparticles were used as sintering material. The samples were produced using the following process conditions: temperature range 195 – 2350С; pressure range 5 - 20 МPа.

The opportunities for increasing the power bipolar components reliability

In the figure 1 the dependence between the result joint porosity and low-temperature sintering process conditions. 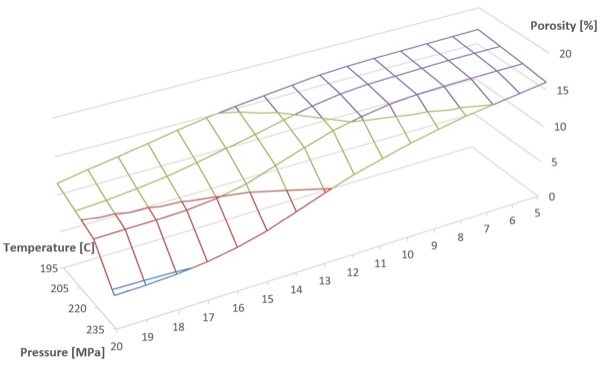 Figure 1: The dependence between the porosity of the result joint and low-temperature sintering process conditions

Using the experimental samples thermocycling capacity tests were carried out using the following process conditions — thermal gradient from 25 to 150 0С (value = 125 0С); quantity of cycles = 100; and the following results were obtained (Figure 2):

The test results should be combined with the porosity alterations of the weld produced under various sintering process conditions (Figure 3). It could be derived from the picture 3 that acceptable thermocycling capacity would be achieved providing the condition of weld porosity not more than 7 %.
The results of the research allow to calculate and forecast the pressure and temperature value range, with which nano material sintering gives an opportunity to achieve a high thermocycling capacity silicon-molybdenum joint for thyristors and diodes with large area crystals, (Figure 4). 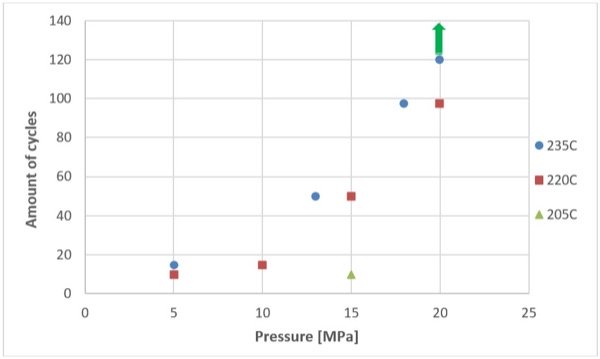 Figure 2: The dependence between thermocycling capacity of samples and low-temperature sintering process conditions 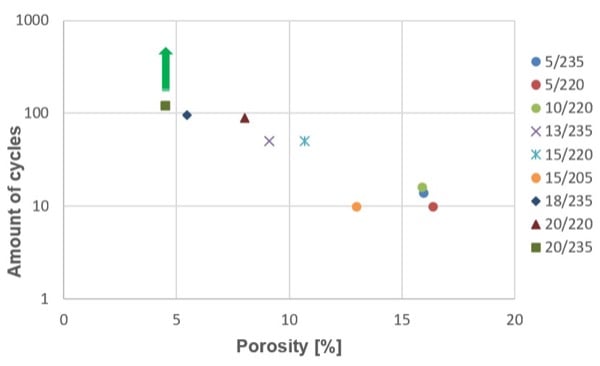 Figure 3: The dependence between thermocycling capacity of samples and porosity of the joint 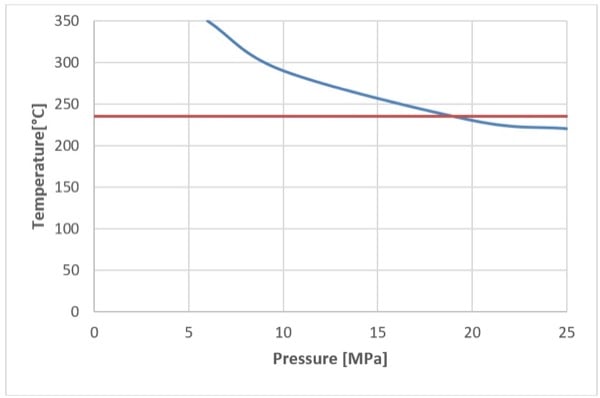 Figure 4: The area of thermocycling capacity of samples (between the lines)

Proton-Electrotex is one of the Russian leaders in the design and manufacture of power semiconductor diodes, thyristors, modules, coolers, IGBTs (IGBTs), as well as power units for use in various electric energy converters. The company was founded and began production in 1996 on the leased premises of the Proton plant. Since then, Proton-Electrotex has developed its own infrastructure for the entire production cycle. Production is equipped with modern production lines, measuring equipment of our own production and areas for “clean technologies” with full compliance with the requirements for electronic products and microelectronics.