This article introduces the new generation of 1700V IGBT power modules called X-Series from Mitsubishi Electric that satisfies the requirements of railway applications.

The railway applications require components with high quality and high efficiency, especially the converter drives should have reliable and robust switching devices. It is an established practice to utilize 1700V IGBT modules to operate directly on the catenary with the DC voltages below 1000V or in 3-level configuration with catenary DC voltages above 1000V.

Mitsubishi Electric has several years of experience and long development history of 1700V modules for railway applications from the start of this century. This year MITSUBISHI ELECTRIC has released the latest generation of 1700V IGBT power modules called X-Series that satisfies requirements of railway applications. Figure 1 shows the historical evolution of the 1700V HVIGBT modules indicating the continuous reduction of the IGBT forward voltage. The IGBT forward voltage contributes to the converter power loss reduction. IGBT forward voltage reduction has continuously been achieved during the development of each series. The remarkable step in the reduction of the forward voltage was the implementation of the trench gate structure at the beginning of the 2000s [1]. For further reducing the forward voltage the IGBT chip structure was optimized and thinner chips were used. In the latest 1700V X-Series the state of the art 7th Generation chip technology is applied in conjunction with a further reduction of IGBT thickness. Additionally, several optimizations on the chip backside (collector side) were carried out. 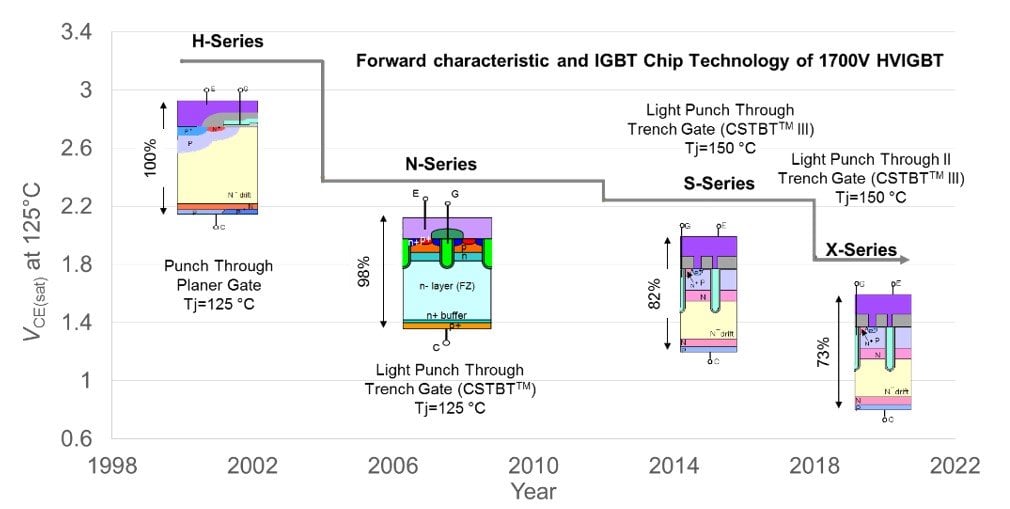 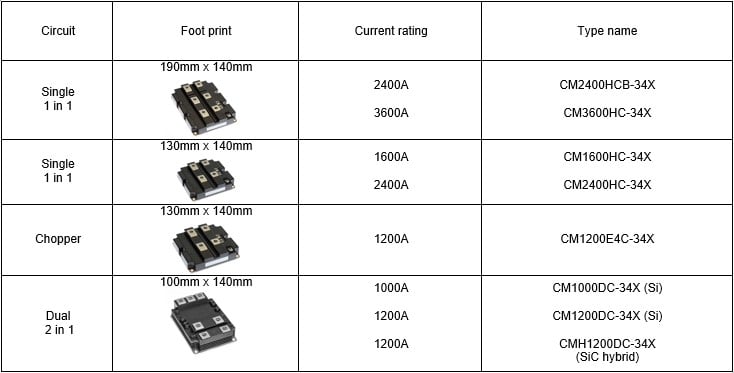 The conventional 1in1 packages were completely reworked compared to the previous N-Series. The chip layout inside the module was optimized for better thermal conductivity and better power cycling lifetime. Inside the module, a newly developed high-performance silicone gel is used. The operation temperature now is covering the range from -50°C to 150°C. The new X-series modules will receive the UL certification. Furthermore, these modules were proven during the qualification against the humidity influence. That is an important factor for the operation in the harsh railway environment.

The standard package type is available for many years on the market. Then converter manufacturers have proven reliability records of the converters having this package type in the field. Now it is possible to boost the converter performance using the cutting edge technology of X-Series modules. The small size package (130mm x140mm) is a favorite choice for the compact water-cooled application. The large package (190mm x 140mm) with its low case to heatsink thermal resistance Rth(c-f) is especially attractive for air-cooled applications. Figure 3 shows the potential of the power loss reduction for single X-Series device CM2400HCB-34X compared to the previous N-Series. 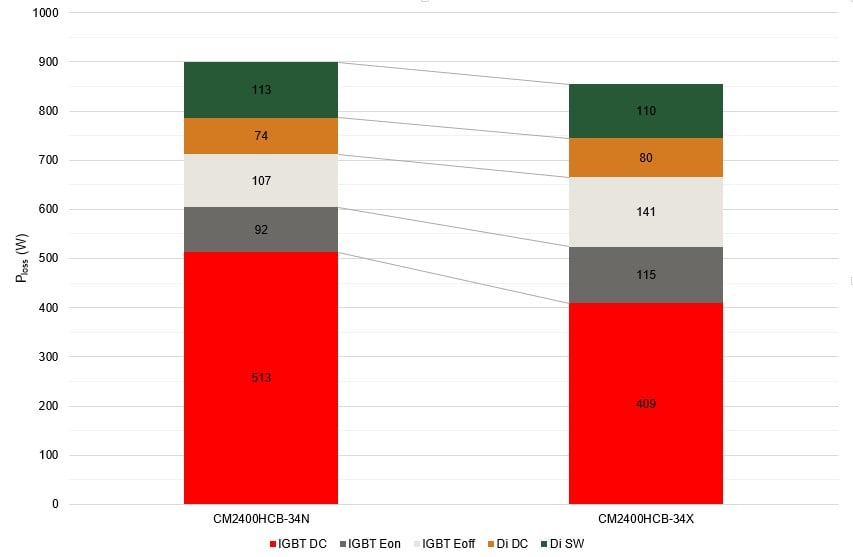 The standard LV100 package was developed with the target to cope with high switching speed devices like 1700V X-series modules and modules having Silicon Carbide technology. The low inductive package structure is one of the key advantages of this device.

Thanks to low package inductance and comfortable construction of the DC-Link connection, it is possible to switch off the device at high current without increasing the turn off gate resistance. The IGBT turn off measurement result at maximum turn off conditions VCC=1200V,IC=2400A, Rg(off)=Rg(nominal), Ls=40nH and TJ=150°C is shown in Figure 4. Even at such conditions, the overvoltage spike is below the maximum blocking voltage of 1700V. 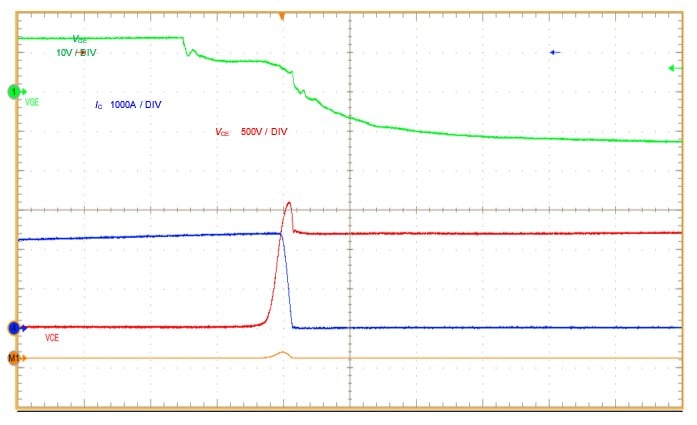 Figure 4: CM1200DC-34X turn off an event at high current and maximum DC-Link voltage.

The forward characteristics of IGBT and FWDi have positive temperature coefficients that are essential for good module parallel operation.

Additionally, this package provides the flexibility of converter power scaling by module paralleling. This point is also an additional challenge for the converter designer. To overcome this challenge the proposed reference test setup [2] can be used in combination with these modules.

Nils Soltau received the Diploma degree in electrical engineering and information technology from RWTH Aachen University, Aachen, Germany, in 2010.,Since March 2010, he has been with the Institute for Power Generation and Storage Systems (PGS), E.ON Energy Research Center, RWTH Aachen University, where he builds up a 5 MW dc-dc converter. His research interests include high-power dc-dc converters, medium-voltage power semiconductors, and magnetic components.

Nobuhiko Tanaka worked at Mitsubishi Electric which is one of the world's leading names in the manufacture and sales of electrical and electronic products and systems used in a broad range of fields and applications.