Researchers from York University in Toronto attempt to create their own low-cost biodegradable batteries.

York University researchers have been busy experimenting with organic electrode materials in an effort to replace existing unsustainable materials currently being used in batteries.

Scientists the world over are looking to create more sustainable ways of utilizing and storing energy and mitigating harmful effects to the environment engendered from energy use. In the case of battery power, some of the chemical and physical components used to make batteries like cobalt are toxic and difficult to dispose of. Another component, lithium, is also difficult to recycle. These researchers are looking for suitable organic material to help tackle these issues?

A New Class of Molecules for Sustainable Batteries

focused on using phosphoryl‐bridged viologens (phosphaviologens) and single‐walled carbon nanotubes (SWCNTs) as a composition for use as sustainable organic electrodes for batteries. 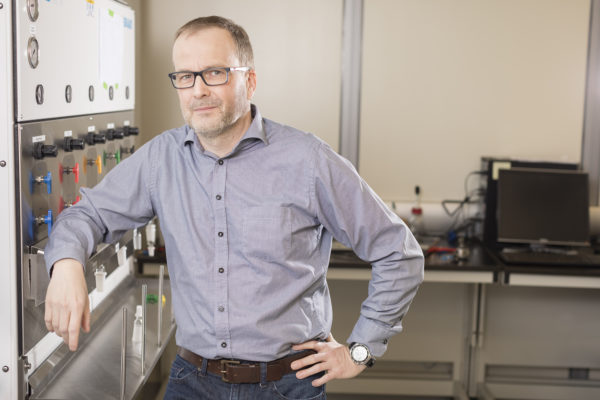 Viologen is a chemical that can accept electrons and give them up without damage. As a phosphaviologen, the phosphoryl component enables operation at higher terminal voltages while still maintaining the capacity to retain two electrons. This means it has a higher storage capacity.

To further customize the new organic electrode, the researchers added SWCNTs, to reduce electrode resistance. It is believed that the resulting composite molecule might be improving solid-state electron transfer between viologen molecules and SWCNTs without retarding electron storage capacity.

Lastly, the phosphaviologen molecule was modified through the addition of pyrene. The addition of this polycyclic aromatic hydrocarbon to the phosphaviologen/nanotube composite prevents it from dissolving into the electrolyte. According to the paper published by the researchers from York University, any “hybrid batteries with a high voltage (1.95–3.5 V) vs. Li/Li+ using phosphaviologens as the cathode remain stable past 500 charge/discharge cycles.”

“Electrodes made with organic materials can make large‐scale manufacturing, recycling or disposing of these elements more environmentally friendly,” says Baumgartner. “The goal is to create sustainable batteries that are stable and have equally as good if not better capacity,” York professor and researcher Thomas Baumgartner said.

The researchers found that charge and discharge worked at a high voltage between 3.2 and 2.8 V compared to  Li/Li+. Voltages reached up to 3.5 V, which the team thought was respectable as it is a value seen when using current batteries. In addition, the team’s new organic-based electrodes displayed high material usage, capacity retention at high C rates, and high cycle stability.

Despite the team’s optimism that the organic material is a step in the right direction toward more sustainable battery power, they admit that it is still not up to par with the performance capabilities of lithium-ion batteries.

The next step for Baumgartner and his colleagues is to generate the next generation of molecules that show improvement in current capacity.