X-FAB Semiconductor Foundries AG is a company that serves the tech hardware and semiconductor industry as a foundry for analog semiconductor applications. The company specializes in the manufacture of silicon wafers for mixed-signal integrated circuits (ICs). X-FAB provides its products and services to its global network of customers in mobile communications, industrial, automotive, and medical sectors. Earlier this month, the company announced its inauguration in becoming the first foundry to offer high-volume micro-transfer printing (MTP) capabilities. This advancement came as a result of a recently confirmed licensing agreement with an MTP technology provider, X-Celeprint. X-FAB will leverage X-Celeprint’s technology to provide the semiconductor industry with the ability to combine different semiconductor technologies to suit a variety of applications. 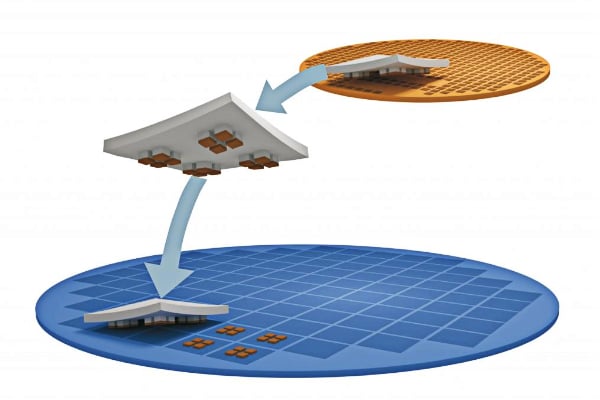 3D ICs are an integral part of modern electronic devices. Micro-transfer printing technology is one of the leading technologies for manufacturing these ICs. According to X-Celeprint, MTP involves the use of an elastomeric transfer stamp to lift many dies worth of thin x-chips in parallel from the source wafer. Dies and x-chips are then deposited onto the destination wafer. This process is repeated until the entire surface of the wafer is filled. 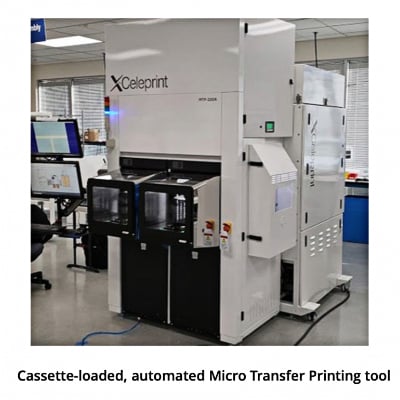 MTP enables the transfer of both dies and x-chips from different source wafers onto a destination wafer. Layers of dies and x-chips from different source wafers can be interleaved on top of the dies of the destination wafer. This multi-material Heterogeneous Integration (HI) can use 100% of source wafer material. Standard backend-of-the-line (BEOL) thin-film metallization is used to interconnect the x-chips. This produces a 3D IC that can be used for any form of advanced packaging. In this way, MTP can help produce semiconductor technologies including SOI (silicon on insulator), GaN (gallium nitride), GaAs (gallium arsenide), and InP(indium phosphide), as well as MEMS (microelectromechanical systems).

By using X-Celeprint’s proprietary MTP technology, X-FAB intends to satisfy customer demand for flexibility in the creation of wafer-level multifunctional subsystems for a wider range of applications.

In a news release from earlier this month, the Vice President of X-FAB’s MEMS Business Unit, Volker Herbig, said, “By licensing X-Celeprint’s disruptive MTP technology, we are uniquely positioned in our ability to facilitate the incorporation of numerous different semiconductor technologies. X-FAB customers will be able to utilize a technology that no other foundry is offering, and existing X-Celeprint customers may now tap into capacity levels that will easily meet their future demands.” Herbig added, “As a result, we can assist customers looking to implement complete multifunctional subsystems at the wafer level, even when there are high degrees of complexity involved. Signal conditioning, power, RF, MEMS, and CMOS sensors, optoelectronic devices, optical filters, and countless other possibilities will all be covered.”

High-density devices with greater functionality are also on the cards concerning technological capabilities. Such devices can be made at a high volume, at a reduced cost, and more expediently.