The companies will coordinate to develop Mitsubishi’s SiC power modules for use in the rail platforms offered by Siemens, such as its latest, the battery-powered Mireo Plus B.

With the European Union aggressively pursuing continent-wide carbon neutrality, its railways are under increased pressure to enhance efficiency. The bloc’s European Green Deal, approved in Brussels in 2020, calls for a 90% reduction in rail-based emissions by 2050.

The EU has called for a 90% reduction in rail-based emissions by 2050. Image used courtesy of the EU

Amidst that backdrop, Siemens Mobility and Mitsubishi Electric on Tuesday entered into a memorandum of understanding (MOU) whereby the two will work to decarbonize Siemens’ railways via, in part, Mitsubishi’s robust 3300 V silicon carbide (SiC) power modules.

Of particular emphasis for the companies is Siemens’ Mireo Plus line, whose battery-powered Mireo Plus B is quickly gaining traction on the continent.

Siemens' Sales Have Been Hot

The MOU follows a flurry of business for Siemens' Mireo Plus, and in particular the Mireo Plus B, which can operate both with and without overhead contact lines thanks to its dual lithium-ion (Li-ion) battery packs.

Siemens sold its first seven Mireo Plus B models in Denmark just last week; in November, the company closed an order to supply 31 trains to to a line in Brandenburg, Germany; and in October, it inked a deal to send three more to Germany’s southwestern state of Baden-Württemberg, roughly 18 months after the same state ordered Siemens’ first 20 Mireo Plus Bs. 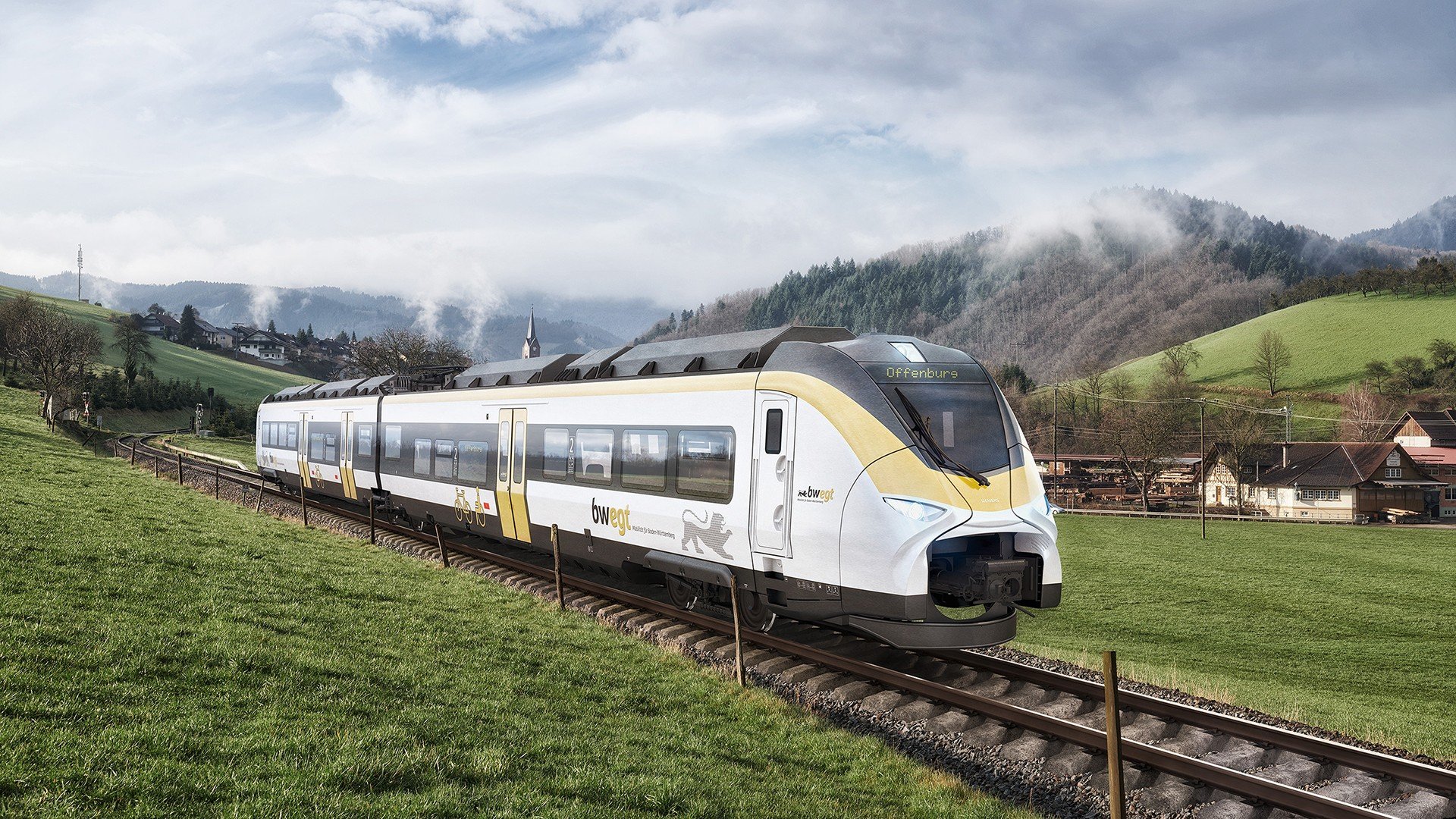 The Mireo Plus B has been in demand in Europe. Image used courtesy of Siemens Mobility

And SiC has been key to that success.

In its release announcing this latest MOU, Siemens stressed the crucial benefits of the high-speed switching provided by Mitsubishi Electric’s full sic offerings at 3300 V, of which there are two: the FMF375DC-66A and FMF750DC-66A.

Rated for currents of 375 and 750 A, respectively, the modules sport fresh X-series 7th-generation IGBTs with carrier-store layer and Relaxed Field of Cathode (RFC) diodes. Per Mitsubishi Electric, the modules’ optimized N buffer allows for operation at up to 150 ℃, while Surface Charge Control lends greater viability in the face of high humidity. 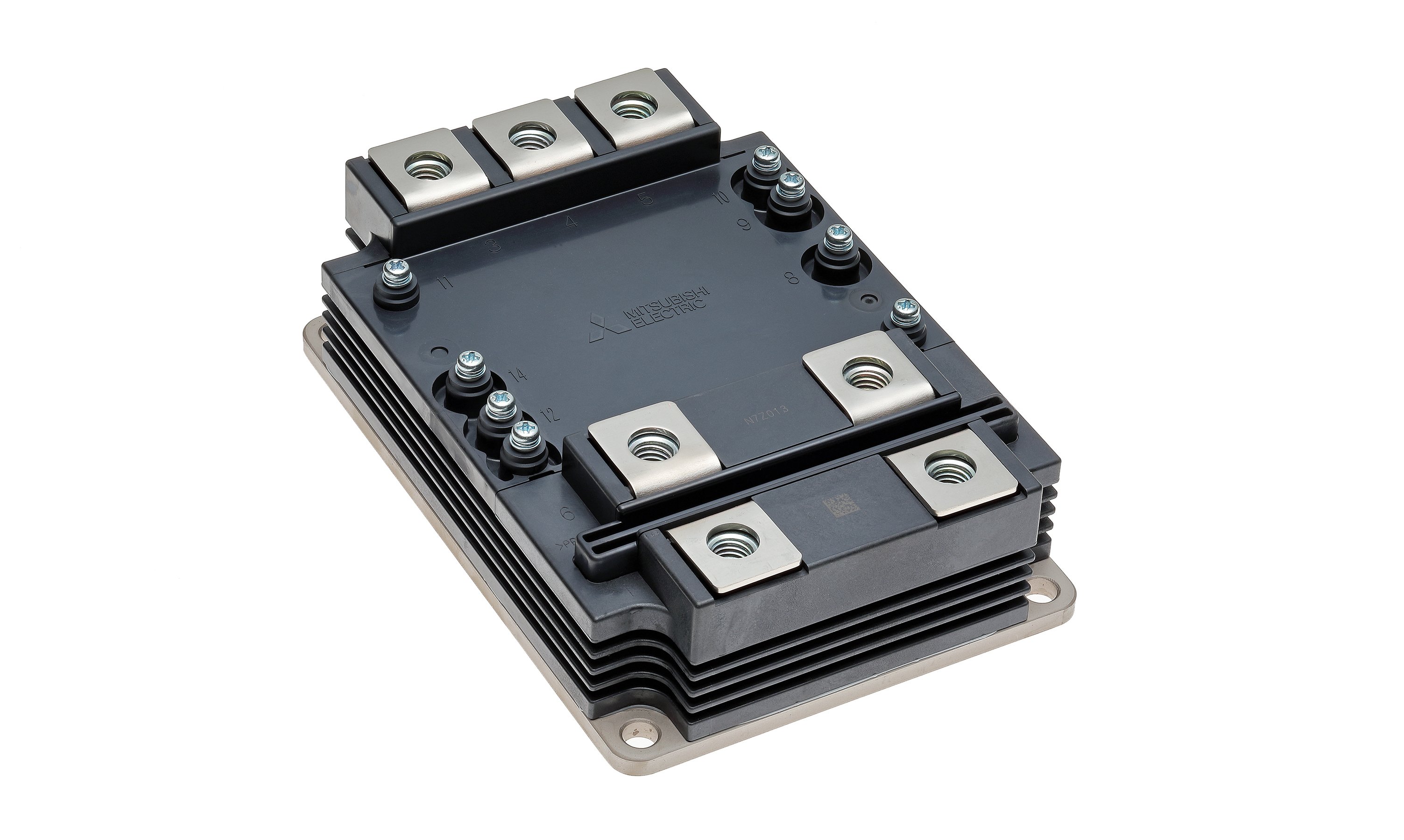 Those chip-level benefits are housed in a streamlined LV100 package whose terminal layout offers both simplicity and flexibility to manufacturers. User-friendly placing of the auxiliary gate terminal, for instance, empowers engineers with abundant space for custom gate-driver designs, per company documentation. The package also boasts low stray inductance, contributing to power loss reductions of up to 75% compared to traditional silicon offerings, Siemens said.

The end result is an operationally optimized, lighter, and more efficient traction inverter consuming less energy from the grid.

For battery-powered trains operating at times without an overhead line, that’s irreplaceable.

The Mireo Plus B — In Further Detail

Siemens’ has been testing Mireo Plus B architecture in the field since the deployment of its Cityjet eco prototype in Austria in 2019.

The train’s hybrid fuel system sports two Li-ion titanate cells whose collective range tops out at 120 km (75 miles). Here, the efficiency-enhancing effects of SiC technology are critical. The greater the range, the more time the train can stave off reliance on traditional diesel, of which rail operations consumed 507 million liters in 2020-21, leading to heavy CO2 emissions. 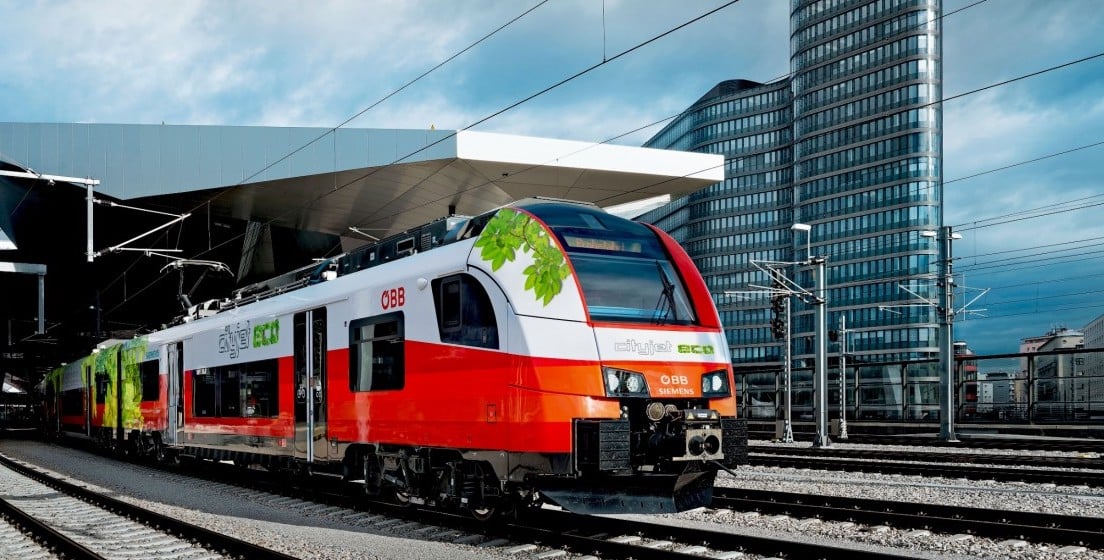 Siemens' Cityjet eco prototype has been in operation in Austria since 2019. Image used courtesy of Siemens Mobility

Beyond pure mileage and energy savings, Siemens also found in its testing that its batteries age slowly and are resilient even to the wide temperature fluctuations found in the Alps, said Jochen Steinbauer, director of development for alternative drives at Siemens Mobility.

The trains have a maximum speed of 140 km/h (87 mph) with a starting acceleration of 1.1 m/s2, sport a traction power of 1,700 kW, and have satisfied requirements for crashworthiness according to TSI and EN 15227, as well as flame protection under EN 45545.