Researchers from Singapore publish research on a newly developed device for powering wearable devices via the human body and through harnessing energy from nearby devices.

Researchers from the National Institute of Singapore (NUS) have developed a device that can wirelessly power other wearable devices. The device can provide power by using the human body as a medium for power transmission and can harness energy from nearby home or office electronics such as laptops. Associate Professor Jerald Yoo from the NUS Department of Electrical and Computer Engineering and the N.1 Institute for Health, led the NUS research team. The team’s work was recently published in the journal Nature Electronics. 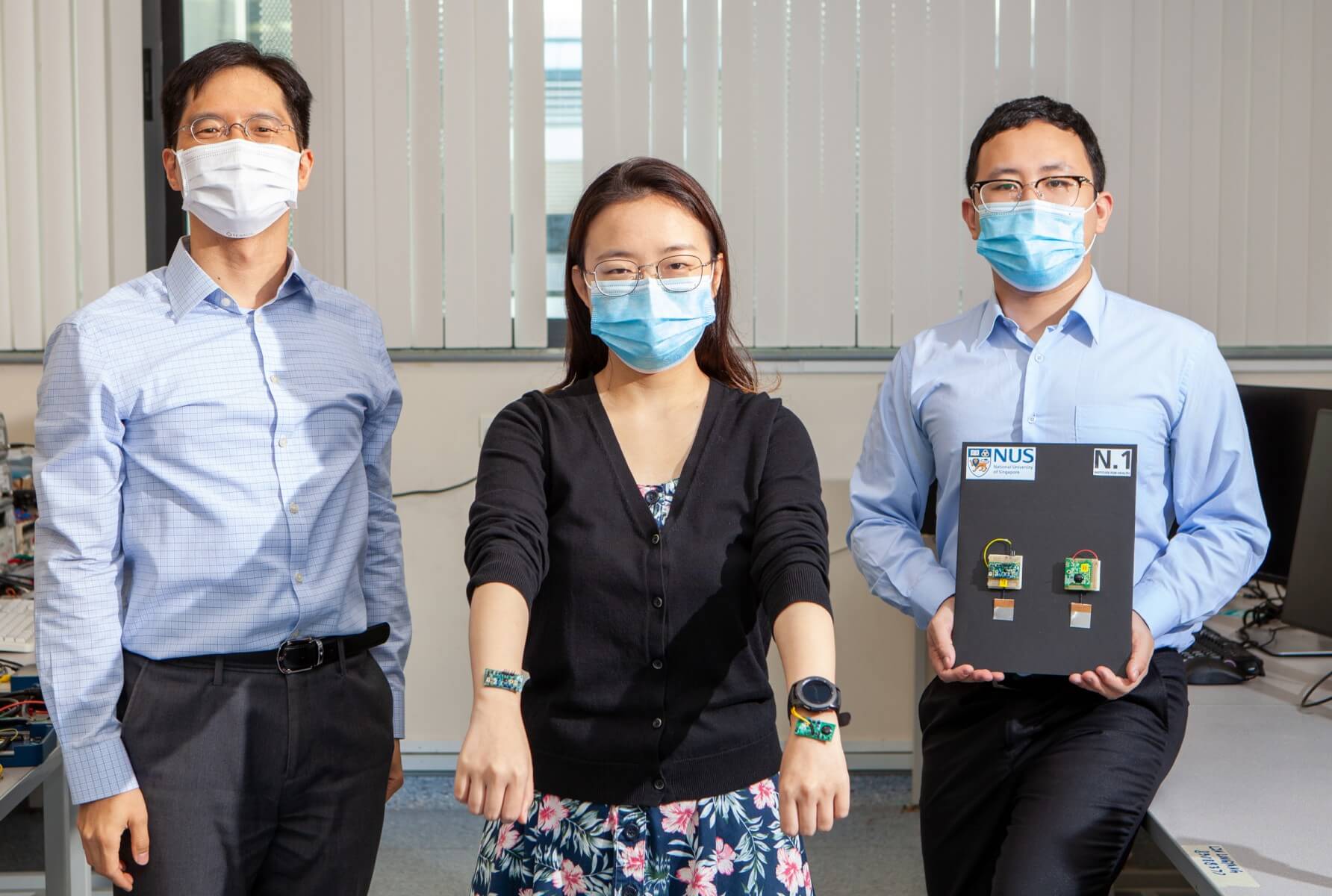 Associate Professor Jerald Yoo (left) stands with Ms. Li Jiamin (center) who is wearing a transmitter on her right wrist and a receiver connected to a smartwatch on her left wrist, and Mr. Dong Yilong (right) who is holding up a display of the wearable powering technology. Image used courtesy of NUS.

Wearable devices are enabling individuals to keep track of fitness levels and set goals to reach fitness targets, helping healthcare professionals keep track of patient health, providing a way of tracking location using GPS, sending and receiving text messages, and more. These devices can be convenient with hands-free and portable designs meaning that there may be no need to take them out of a pocket. What remains a challenge for the design and usability of wearable devices, is finding an effective way of maintaining power and operability on the go. Wearables may also need to be charged by other devices which can be numerous and not convenient.

How Does this Technology work?

To overcome challenges facing the use of wearable devices, the NUS research team created a receiver and transmitter that both contain a chip. These chips serve as a springboard to extend the range of power transmission over the entire body. Users just need to place the transmitter onto a power source, such as a smartwatch or other wearable, while receivers are placed on other areas of the body. The system then harnesses energy from the power source and uses it to power other wearables on the user’s body. This is made possible through a process known as body-coupled power transmission. The NUS team discovered that a single fully-charged power source can allow users to power 10 other wearable devices on the body for over 10 hours.

The receiver that the NUS team created is also able to harvest electromagnetic waves that are emitted from home and office electronics. The body can use these EM waves to power wearable devices anywhere on the body through body-coupled powering. 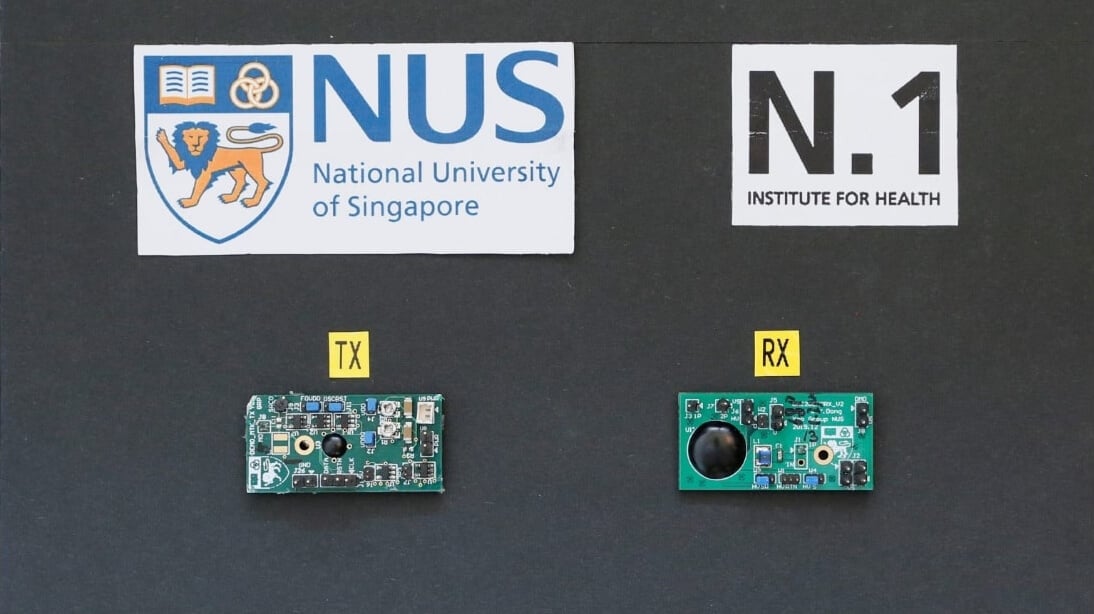 The NUS team has devised a transmitter and receiver system for providing body-powered energy transmission for wearable devices. Image used courtesy of NUS.

In a news release from last month, Associate Professor Yoo commented: "Batteries are among the most expensive components in wearable devices, and they add bulk to the design. Our unique system has the potential to omit the need for batteries, thereby enabling manufacturers to miniaturize the gadgets while reducing production costs significantly. More excitingly, without the constraints of batteries, our development can enable the next generation wearable applications, such as ECG patches, gaming accessories, and remote diagnostics."