Along with GreenPAK the company also introduced GreenPAK Designer Software and GreenPAK Development Kit, that the company says enable the creation and programming of a custom circuit in minutes. 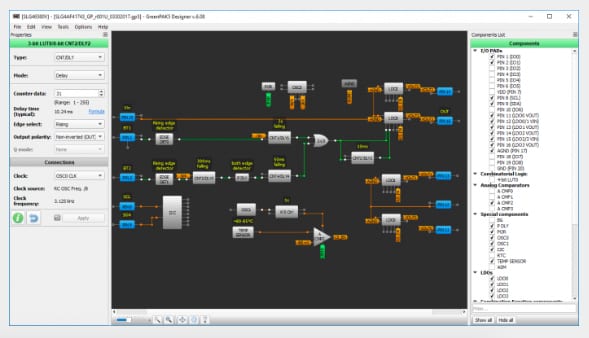 Dialog points out several benefits compared to discrete design. These benefits include a smaller PCB footprint with plastic packages as small as 1.0mm x 1.2 mm. fewer components/lower cost designs are possible. The company says that a typical GreenPAK implementation removes from ten to thirty components per instance.

The company claims that the GreenPak Software and the GreenPAK development kit, enable the development and programming of devices in just minutes at a desk.

Other benefits of GreenPAK, according to the company include the ability to quickly respond to changing design requirements and increase productivity at the design and prototype verification stages.

The device can allow the removal of discrete resistors in voltage dividers, pull ups, pull downs, and other components and replacing with low-power, integrated parts.

Using GreenPAK makes reverse engineering considerably more difficult by disabling the read-back of NVM configuration, obscuring design details. Notably, every GreenPAK IC is tested, while a discrete circuit is not tested before the final board level test. 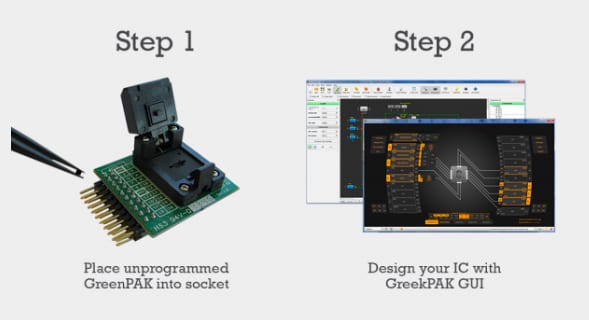 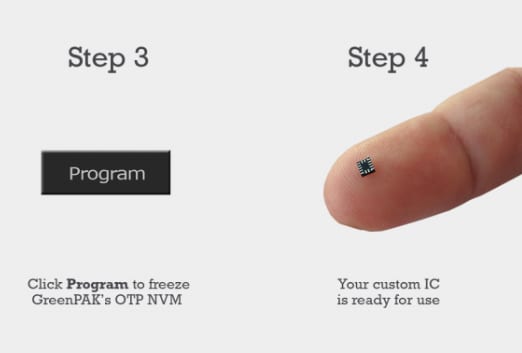 The choice of the GreenPAK part depends on how many I/Os are required, functional blocks (ACMP, ADC, DCMP/PWM), accuracy and the price.

Dialog supports production programming of GreenPAK devices in quantities down to the order minimum quantity, which is 3K pieces (equal to the quantity on one reel).

If Dialog assists with doing the design for your GreenPAK, the company says it is usually quick, taking as little as 24 hours, to as long as 2 weeks.