Pivot Power Ltd is a developer and manufacturer of transmission-connected battery storage systems for electric vehicle charging points. The company is a part of EDF renewables and it aims to provide the EV market with a low-carbon infrastructure to sustain its growth. Pivot Power intends to scale up the provision of electricity for EVs and provide fast charging by creating a nationwide network of Energy Superhubs – combining big batteries and high-volume power connections.

To achieve this, Pivot Power has teamed up with the global technology company, Wärtsilä, to establish two new grid-scale battery storage facilities in Coventry and Sandwell. Together, the two companies hope to push forward the UK-wide drive to net-zero. 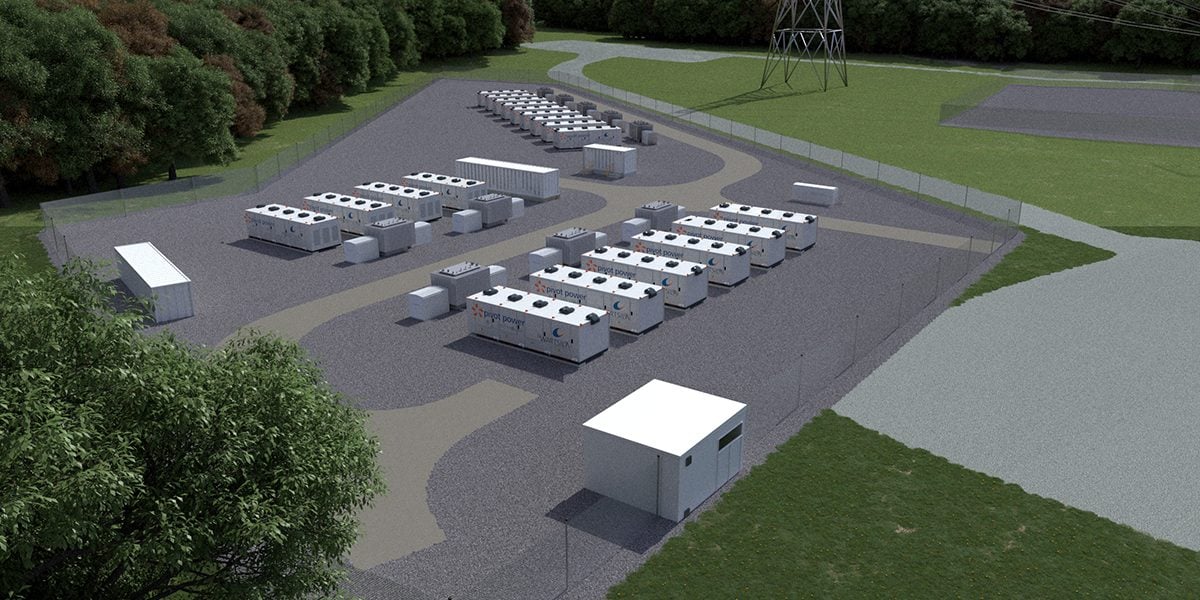 Net-zero carbon emissions or carbon neutrality are terms used to describe the balancing of carbon emissions being released into the atmosphere. This means that the amount added by human society is no more than is taken away. This balance can help the world steer clear of releasing a disproportionate amount of greenhouse gases (including carbon dioxide) into the atmosphere and risk exacerbating the effects of climate change. More than ever before, the weather around the world is showing us that action needs to be taken now to avoid this, with wildfires occurring in Greece and floods devastating towns and villages in Germany.

Pivot Power and Wärtsilä’s endeavors will be a pivotal step on the road towards the UK government’s 2050 net-zero climate change targets. The availability of battery storage is critical to this, and Pivot Power’s network could provide nearly 10% of the battery storage that the UK is likely to need by 2050. It could also help to create a smarter, more flexible grid which could save up to £40 billion. The provision of a new charging infrastructure for EVs is hoped to help the West Midlands meet its target to be carbon neutral by 2041.

In a press release by Pivot Power, the company’s CEO, Matt Allen, said, “This is the next step in our nationwide rollout of Energy Superhubs which will create the low carbon infrastructure needed to support the EV and renewable energy revolution. As part of EDF Renewables, Pivot Power’s purpose is to accelerate a net zero future where clean energy powers our lives. We are working hand in hand with local authorities to help them meet their climate and clean air pledges, so people can live and work in cleaner, more sustainable cities.”

Wärtsilä will be providing the battery technology for the Coventry and Sandwell sites. This technology is based upon the company’s GEMS energy management system. This digital energy platform uses data combined with algorithms and machine learning to optimize decision-making for energy producers. Through GEMS, users can monitor, operate, identify and diagnose equipment within power plants and manage energy resources.

Across the UK, Pivot Power intends to deliver 2GW of transmission-connected battery storage and high-volume power connections through its Energy Superhubs. The company’s first project began in Oxford, where its first Energy Superhub is now nearing completion. Both Wärtsilä and Pivot Power wish to build on existing hub projects in Kent and Oxford to reduce carbon emissions in more towns and cities across the UK and make them more energy-efficient.