Mitsubishi Electric Corporation announced that it developed what is believes to be the first diagnostic technology based on the company's proprietary Maisart® artificial intelligence (AI) technology.

The diagnostic technology that employs machine learning to analyze sensor data and then generate a model of a production machine's transition between various operational states.

This generated model of the machine's transition between states enables the technology to detect machine abnormalities rapidly and accurately for enhanced productivity in factories and plants. 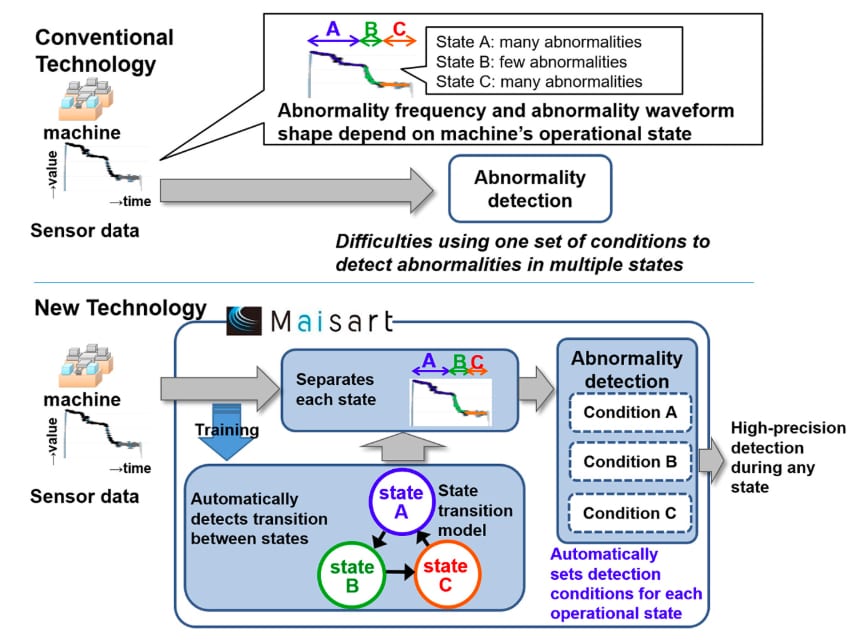 Conventional and new abnormality-detection technologies (Click on image to enlarge)

Unlike traditional diagnostic technology, which uses the same conditions for abnormality detection regardless of a machine's current operational state, the new AI technology analyzes sensor data to automatically generate a model of the machine's transition between various operational states. It automatically separates each state, and it then uses this model to set optimal conditions for abnormality detection during each operation.

According to the company, the technology can accurately detect signs of machinery failure prior to actual breakdowns, helping reduce maintenance.