Micro-Sized Cooling Could Open the Door to Macro-Sized Impact

Micro-Sized Cooling Could Open the Door to Macro-Sized Impact

At the Swiss Federal Institute of Technology (EPFL), microfluidic based cooling of Integrated Circuits show an incredible upside to the future of ICs as they continue to shrink in size and grow in ability.

As Moore’s Law continues to drive microelectronic innovations, we are seeing limitations beyond that of the transistor’s size, but rather in our ability to continually improve performance while decreasing size. Power consumption, and even more so power density is skyrocketing in today’s integrated circuit designs, to the point where this metric is becoming the new bottleneck for the capabilities of the circuits. 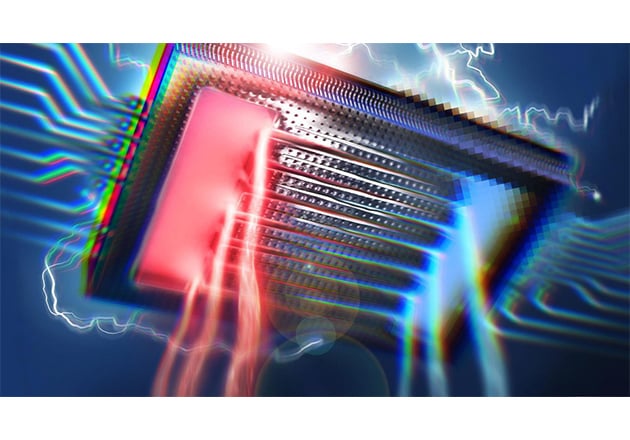 In order to combat this, researchers and engineers are creating elaborate, powerful and expensive cooling systems on the macro level. These systems are power-hungry in and of themselves, usually requiring pumps to allow cooling liquid to flow, or it greatly increases the size of the overall system, as large heat sinks may be required on small chips in order to dissipate the heat efficiently.

A research team at EPFL is looking to change the field of view in terms of how engineers go about designing our cooling systems.

According to EPFL’s press release, through an ERC-funded research project, Professor Elison Matioli, Ph.D. student Remco Van Erp, and their team from the school’s Wide-Band-Gap Electronics Research lab (POWERLAB) are designing the integrated circuit and the cooling system in conjunction with one another on a micro-level.

By integrating microfluidic channels into the semiconductor chip, there is a cooling liquid flowing inside of the chip itself. This allows the cooling system to have a very fine ability to cool certain areas within a chip, allowing for more efficient cooling of high heat areas, rather than a larger cooling system that is cooling a larger area than required. For the EPFL team, they placed the microfluidic channels near hot spots in the circuit, thus giving the system a more direct impact on these areas. 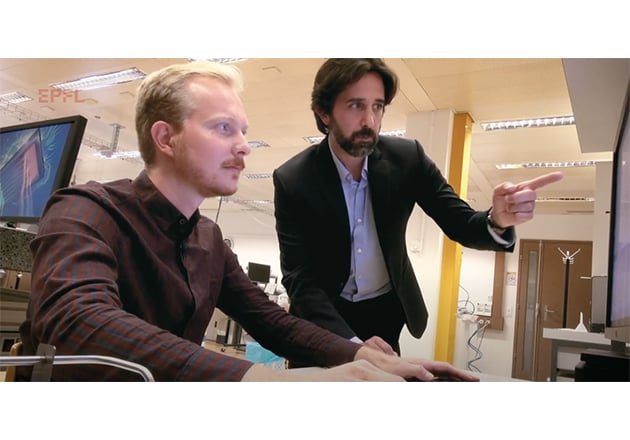 The microfluidic channel and integrated circuit being fabricated with one another is relatively simple. The channels are filled with deionized water due to the fact that it does not conduct electricity as well to prevent any manufacturing issues leading to catastrophic failures. While this is an optimal choice in terms of safety of the circuit, the team is continuing to research new liquids that can be used in order to remove more heat with the same cooling system design.

However, the deionized water has shown impressive results as shown in the abstract from the team’s paper published in Nature, as the system has shown the ability to remove 1.7 kW/cm^2 of heat flux with only 0.57 W/cm^2 of pumping power. Furthermore the system showed a very high Nusselt number of 16, which is the ratio of convective to conductive heat transfer, which shows how effective the deionized water is in removing heat via convection from the chip’s hot spots. Overall, these results show a 50-fold increase compared to current straight microchannel technology.

The work done by the EPFL team has the potential to allow the continual scaling of integrated circuits while not sacrificing performance. The end of Moore’s Law is inevitable, but innovations such as this allow us to maximize the capabilities of silicon technology rather than be stopped prior to the true end of the possible innovation due to constraints such as power and thermal dissipation.