Researchers at the Fraunhofer Institute for Solar Energy Systems ISE developed and successfully put into operation an inverter for direct feed-in to the 10kV medium-voltage grid. The inverter contains high-voltage SiC transistors which allow for coupling to the medium voltage grid without requiring an additional transformer.

The three-phase inverter can be used to regulate reactive power as well as to actively filter undesirable harmonics in the electricity grid. Thus, it actively contributes to the stabilization of future power grids with a large share of renewables.

According to the current state of technology, power electronics are coupled to the electricity grid mainly in the low voltage range. For grid stabilization, power converters, so-called STATCOMs (Static Synchronous Compensators), are used to supply continuous inductive or capacitive reactive power. The coupling to the medium voltage grid is affected by means of a 50Hz transformer.

The newly developed inverter from Fraunhofer ISE can now feed directly into the medium voltage grid without a transformer, due to the use of high voltage transistors made of SiC. First component prototypes with a blocking voltage of 15kV were used for this purpose.

The 100kVA inverter with 15kV SiC transistors shown here was developed at Fraunhofer ISE for feed-in to the 10kV medium-voltage grid. © Fraunhofer ISE

For comparison, silicon transistors commercially available today have blocking voltages of up to only 6.5kV. In this case, multilevel topologies with a high degree of complexity are required for feed-in to a 10kV or 20kV medium voltage grid. In addition silicon transistors have very high power losses. On the other hand, SiC semiconductors have a higher blocking voltage, which reduces the number of components required for a converter.

This increases not only the efficiency but also the compactness of the device. SiC transistors also have very low switching energies, which allows for higher frequencies. As a result, the dimensions of the passive components can be reduced leading to increased savings. In addition, a transformerless compact inverter offers the possibility to upgrade the existing medium- voltage grid in urban locations.

A further advantage of this technology is the better control dynamics of the inverter. Due to the higher frequency, the inverter can act as an active filter to compensate for harmonics in the medium-voltage grid. With STATCOMS this is only possible to limited extent because of the low-pass effect of the 50Hz transformer. 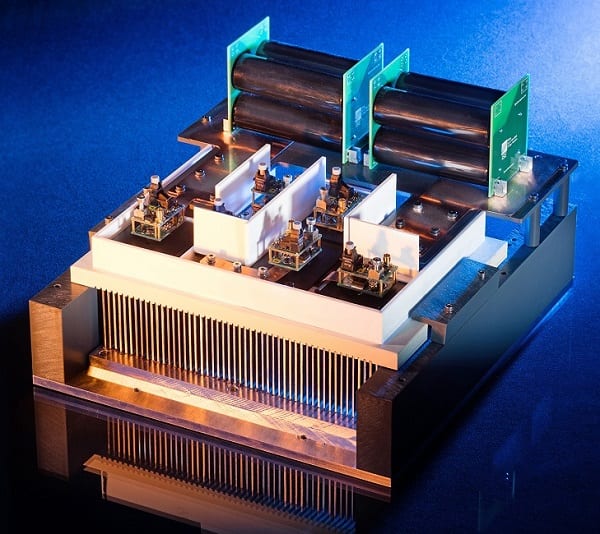 "The use of high-blocking SiC transistors, however, also presents us with new challenges," said the project head Dirk Kranzer. "The transistors switch very fast. The extremely steep rate of voltage rise during switching can cause faults or also lead to partial or creeping discharges in the insulation.

"In developing the circuitry, large efforts must be made to minimize these undesirable effects. Before commercial implementation is possible, further technological developments are necessary, for example, in the power modules or in the inductive and capacitive components," added Kranzer.

The demonstrator for feed-in to the 10kV grid has a power of 100kVA. The frequency is 16kHz, which is approximately ten times higher than in medium-voltage converters based on silicon semiconductors. Advanced high-voltage (15kV / 10A) SiC power MOSFETs were used for the transistors. The inductive components were developed by the company and project partner Spezial-Transformatoren-Stockach GmbH. 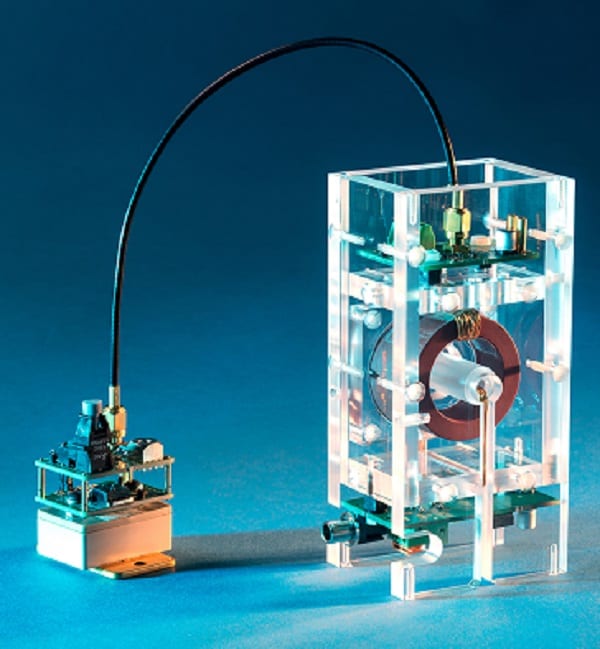 The new inverter was developed in the project "HV-SiC" within the funding initiative "Future Electricity Grids" under the financial sponsorship of the German Federal Ministry of Education and Research (BMBF).

Fraunhofer ISE is presenting their newest developments in the area of power electronics at the PCIM Europe Conference in Nuremberg, Germany from June 5-7, 2018.