The company created the development kits (or reference designs) based on feedback from initial engagements with customers in the consumer electronics, automotive, aerospace, and IoT sectors. The kits incorporate the company's ultrasonic, focused power transmission and energy harvesting technology. uBeam designed the development kits to be scalable in size and power-output based on customer need.

The company's technology starts with the transmitter. It works like a speaker, but instead of emitting audible sound, it emits high-frequency sound, which is inaudible to people and pets. 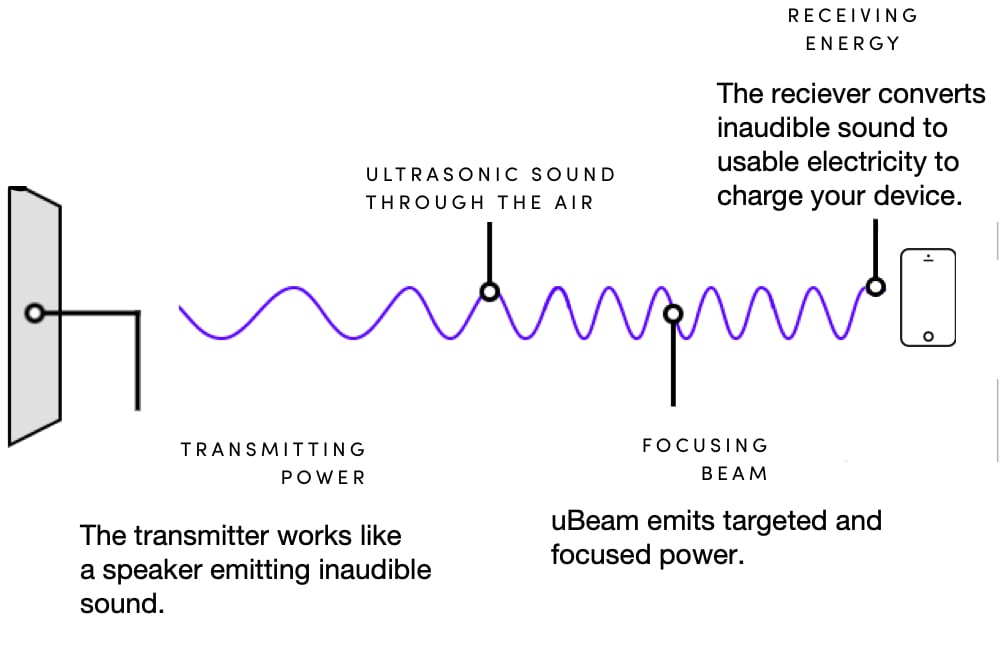 While humans can hear sound frequencies between 20Hz and 20kH, uBeam, works like a speaker, emitting sound far above the upper limit of human hearing, defined as ultrasound. uBeam emits targeted, focused sound transmits power over the air to receivers actively requesting power. When the requests stop, power delivery ceases.

Then, like a microphone, the receiver picks up the sound and converts it into usable electrical energy with the company's proprietary energy-harvesting technology.

"We are delighted to showcase our new Customer Development Kits at these two important forums," said Simon McElrea, uBeam CEO. "These kits include all of the critical hardware and software elements required to enable contracted customers to seamlessly integrate uBeam's ultrasonic Wireless Energy technology into their end products."

The kits allow for simple next-generation transducer and ASIC upgrades.

uBeam says its personnel will be available at the events to discuss the technology details, applications support, and partnership opportunities. The company urges those interested to set appointments to meet with uBeam representatives at either event.