Brill Power is a company that believes in fully utilizing the energy available from lithium-ion cells within battery packs to economize on efficiency, reduce costs, and material waste.  Recently, the company announced the release of a new category of intelligent BMS that can increase battery lifetime by up to 60%. 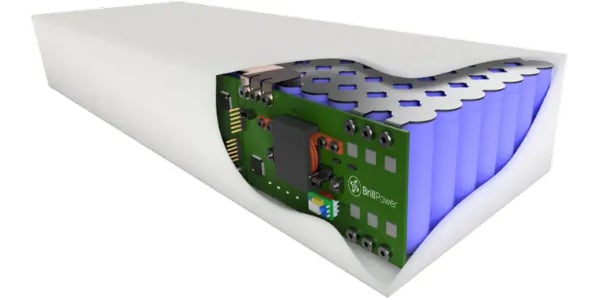 The company develops cutting-edge battery management technology to help optimize the performance, and lifetime of lithium-ion battery (LiB) packs, as well as improve safety. The company grew from its initial phase as a spin-out company from the University of Oxford in 2016. At present, Brill Power aims to provide its customers with a battery management system (BMS) to serve as the new gold standard for smart batteries. The company’s technology is suitable for applications including second-life batteries, new chemistries, electric vehicles (EVs), and stationary energy storage. Brill Power is supported by the University of Oxford and supported by Oxford Science Enterprises, Oxford Investment Consultants, Innovate UK, the Advanced Propulsion Centre, the Department for Business, Energy & Industrial Strategy (BEIS), Carbon Limiting Technologies, the Royal Academy of Engineering, and others.

The BrillMS B62 Premium BMS utilizes specialized hardware and software to optimize cell-level current control,  which essentially optimizes the use of individual lithium-ion cells within a battery pack. This method means that LiBs do not have to be discarded because of a single or a few weak cells within the battery pack limiting its potential for use. According to Brill Power, approximately 50% of lithium-ion cells are thrown away when they still have 50% of their capacity left. 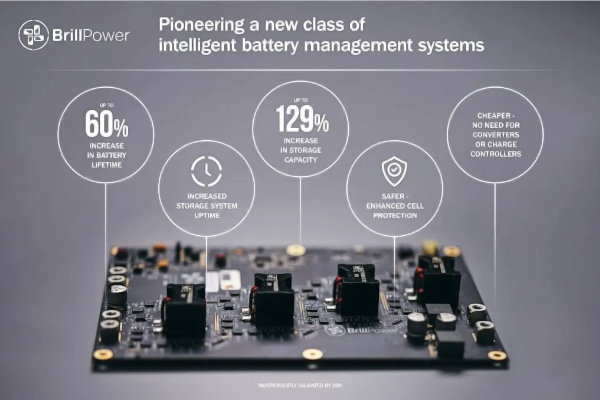 Brill Power’s BMS uses proprietary algorithms to determine the health status and power capacity of every parallel-connected cell block in the battery. A unique control circuitry modulates electric current so that stronger cell blocks receive a higher current while weaker cell blocks receive a lower current. This ensures that every cell in the battery is being used to its utmost potential. In addition to increasing battery lifetime by up to 60%, Brill Power’s new BMS has also demonstrated the ability to improve energy storage reliability and enhance battery storage capacity by up to 129%.

The BrillMS B62 is suitable for applications that use a battery as a mission-critical component. This can be telecoms, medical, uninterrupted power supplies (UPS), and defense. Brill Power’s technology has been validated and tested by the globally-renowned international accredited registrar and classification society, DNV. The testing of Brill Power’s BMS concept has brought to light some key advantages of its use including higher utilized pack capacity that could reduce lifetime cost. DNV also concluded that the Brill Power BMS complies with the functional safety requirements of several standards (IEC62619, UL1973, UL9540, and VDE-AR-E 2510-50).