Atop a Volcano, Volkswagen EV Hits World Record for Altitude

Atop a Volcano, Volkswagen EV Hits World Record for Altitude

German driver Rainer Zietlow and his team at Challenge4 recently set the world record for the highest altitude reached by an electric vehicle (EV). In Volkswagen’s all-wheel-drive crossover EV, the ID.4 GTX, the team drove along an abandoned sulfur mine just over 19,000 feet above sea level on the Uturuncu volcano in Bolivia.

The Journey To Uturuncu

The trip lasted 4 hours and 20 minutes on May 18, amid temperatures of about 17.6 ℉ (-8 ℃). The team documented the views with cameras and logged the altitude with GPS equipment. They also kept a blog chronicling the 10 days leading up to the event, as they traveled from Chile to Argentina to Bolivia. 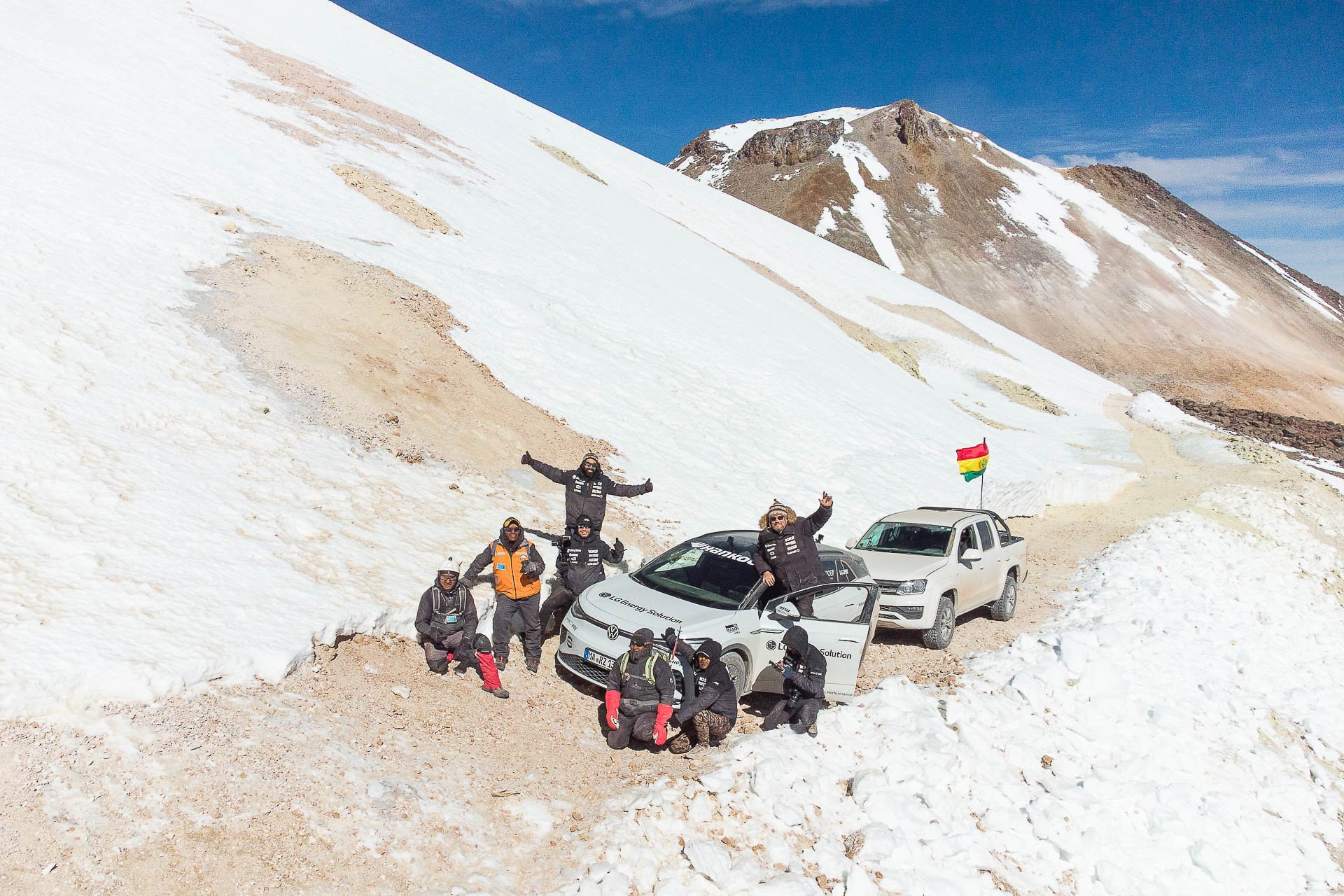 Zietlow and his team at 19,000 feet on Bolivia's Uturuncu volcano. Image used courtesy of Challenge4 GmbH

Zietlow commented that the project set out to show electric mobility’s performance capabilities at extreme altitudes, adding, “Electrical drive even has an advantage at such altitudes because it does not rely on oxygen from the air.”

Outfitting and Charging the ID.4 GTX

The Volkswagen ID.4 GTX brought to the attempt a net battery capacity topping 77 kilowatt-hours (kWh), which equates to a range of around 210 miles.

Since the crossover SUV has been fitted with various equipment upgrades to weather the rough terrain, it differs from the general consumer model, which rolled out in Europe last year at a price tag of €50,000 (about $53,000). According to Volkswagen’s website, the standard ID.4 GTX provides a 190-mile range on a 30-minute rapid charge but is capable of reaching a net range span of 300 miles.

On the journey to the volcano, Zietlow and Challenge4 charged the vehicle using a series of wall boxes at hotels every 186 miles along the route. 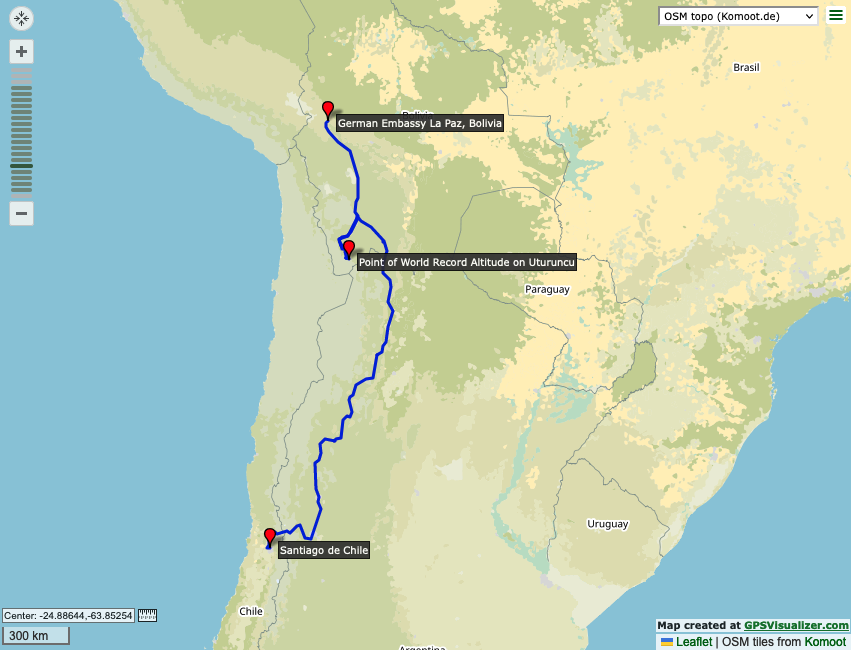 The infrastructure was installed by charging network provider ENEL X Way, which also supplied the chargers for “The Long Way Up,” an electric motorbike overland documentary series that debuted in 2020 and features notable Scottish actor Ewan McGregor.

That said, not just any EV is built to weather the expedition to Uturuncu, a massive stratovolcano in the mountainous Bolivian Andes region. The project worked with a range of other companies in crafting the specs for rugged conditions and low temperatures.

The previous record was captured in 2018 by Chinese driver Chen Haiyi, who ascended about 18,751 feet above sea level on Tibet’s Purog Kangri glacier in an NIO ES8 EV. Outside of record-breakers, some independent testers have attempted to push various EVs to their limits, with one driving Tesla’s Model Y, WV’s eGolf and other EVs about 11,990 feet above sea level in Colorado’s Rocky Mountains.

Still, if we're being cheeky, none has risen quite as far as the Tesla Roadster launched into space atop SpaceX’s Falcon Heavy rocket in 2018. At the time of this writing, that cherry-red model—originally owned by none other than CEO Elon Musk himself—is more than 201 million miles from the Earth, hurtling through space as it traverses its orbit around the sun.