With its acquisition of the EV battery maker, electric truck manufacturer Nikola will look to produce some of its modules in-house.

Nikola, an Arizona-based manufacturer of heavy-duty electric vehicles, announced last week that it will acquire one of its battery pack suppliers, Romeo Power, for $144 million.

The all-stock transaction is expected to close by late October. Until then, Nikola has agreed to provide $35 million in interim funding to continue Romeo’s operations, the company said.

California-based Romeo Power designs and manufactures lithium-ion (Li-ion) battery modules and packs for customers in the commercial vehicle market. It has landed deals with manufacturers such as Washington-based PACCAR (a five-year deal to supply battery packs and BMS for Peterbilt electric trucks) and Canada’s Lion Electric (a $234 million five-year contract for Class 6-8 trucks and buses), among additional unnamed customers ranging from a low-speed EV manufacturer to a powertrain performance company. 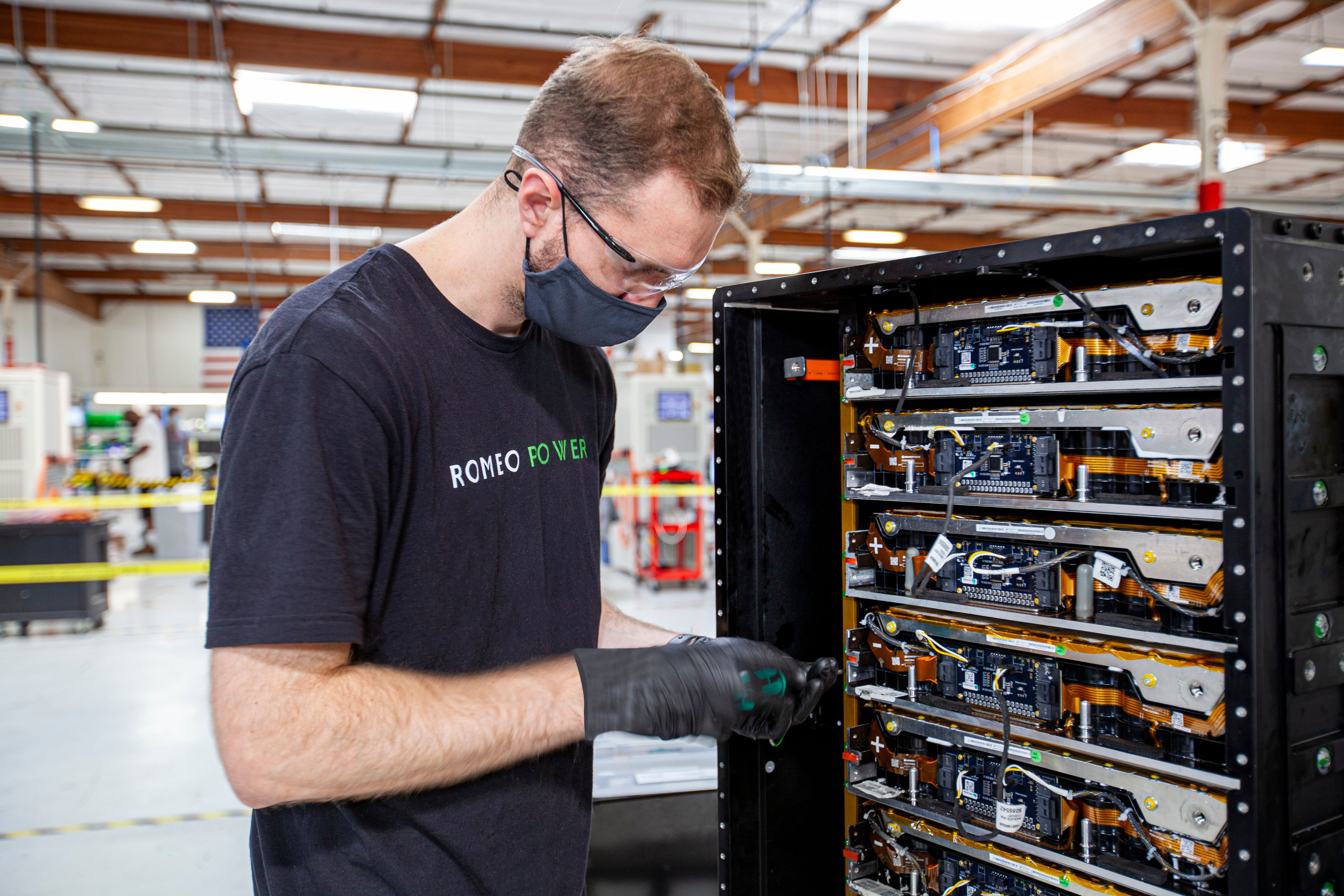 In its news release last week, Nikola said that as Romeo’s largest customer, the acquisition would improve its operations and reduce costs for producing batteries and BMS (battery management system) products—the most expensive components of electric trucks. Nikola expects its cost savings to reach up to $350 million by 2026, and will look to reduce non-cell battery pack costs by 30% to 40% by the end of next year.

In an investor presentation, the company said its acquisition of Romeo “will bring battery pack engineering and production in-house, securing control of a critical component supply, streamlining manufacturing and reducing costs.”

The $144 million price tag on this acquisition is only a small fraction of Romeo’s value from two years ago, when it went public through a special purpose acquisition company (SPAC) deal.

Romeo also recently opened a new headquarters and manufacturing facility in Cypress, California, about a 40-minute drive from its previous HQ in Vernon. According to Nikola’s presentation to investors on Aug. 1, three production lines are up and running at the facility, while another two lines are expected to be added by the end of 2022.

In laying out the key areas of opportunity to its investors, Nikola said the acquisition would help optimize its supply chain for consistency and increase its level of automation and quality control. And in the long-term, it would produce a proprietary and optimized BMS and enclosure design in line with Nikola’s dual-sourcing strategy. 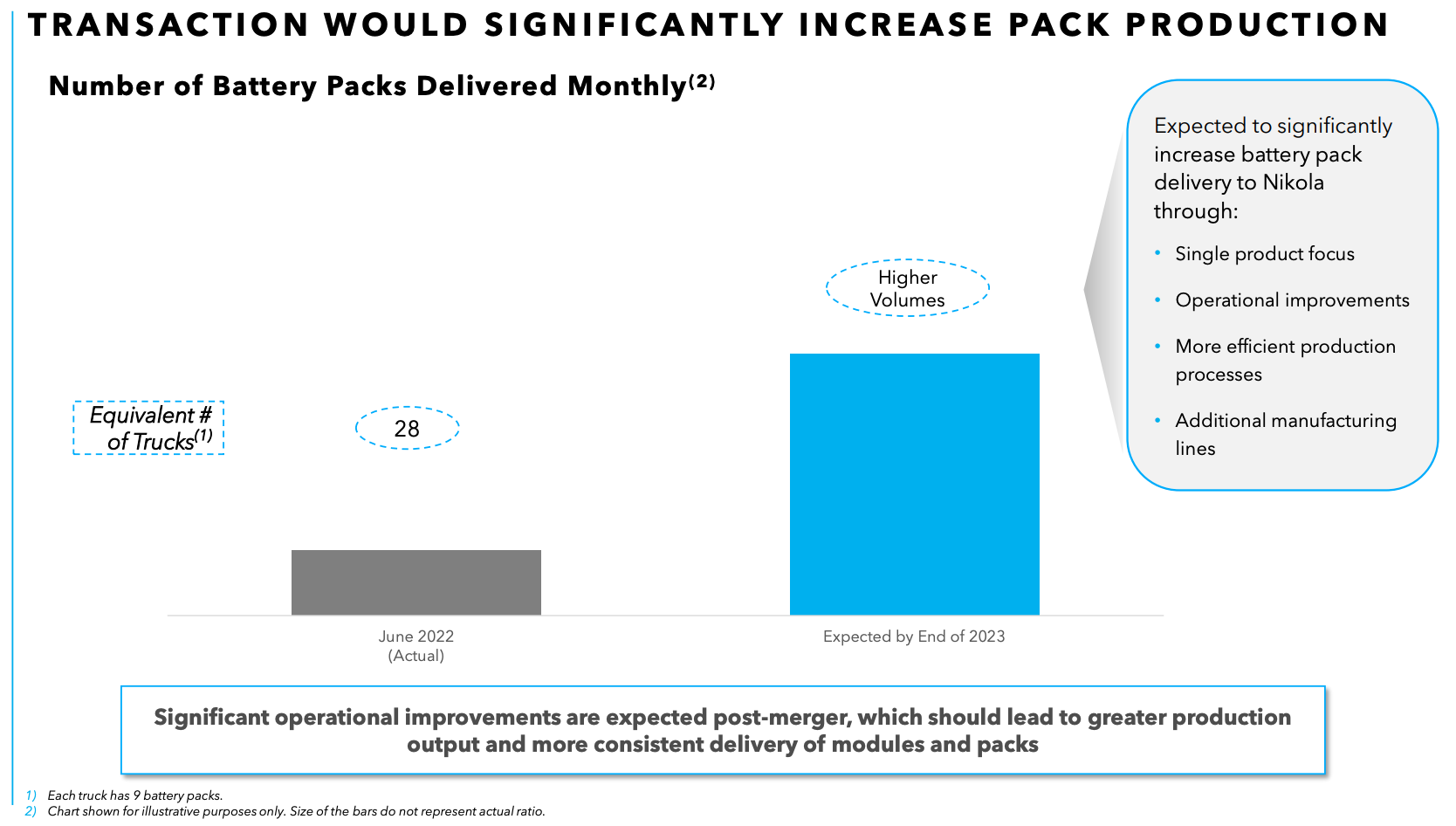 A slide from Nikola’s presentation on the Romeo Power acquisition. Image used courtesy of Nikola

Earlier this year, Nikola signed a long-term supply agreement with California-based Proterra, which agreed to deliver its EV battery systems for Nikola’s BEV and fuel cell semi-trucks. The companies stated in January that the first Proterra-powered vehicles would be produced in the fourth quarter of this year.

Nikola produced 50 of its Tre BEV semi-trucks and delivered 48 to dealers in the second quarter, according to its most recent earnings release. The company is ramping up its production capacity in Coolidge, Arizona, expecting to increase its throughput to five units per shift by November. 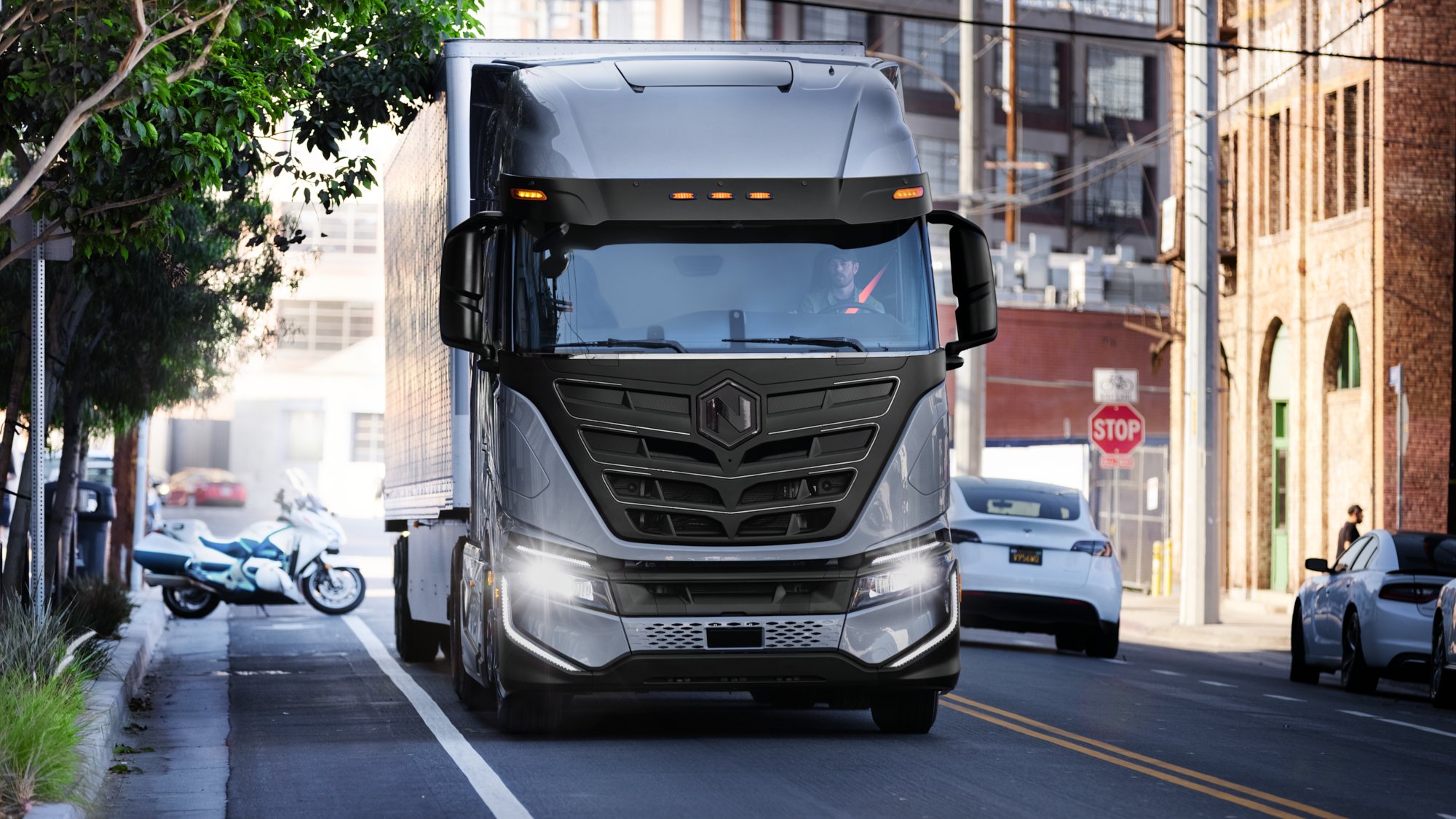 Powered by a 753-kWh battery pack, Nikola’s Tre BEV semi-trucks boast a range of up to 350 miles. Image used courtesy of Nikola

Nikola is also building a network of hydrogen dispensing stations in partnership with TravelCenters of America to refuel its BEV trucks, recently announcing three additional distribution stations in California.