Designed to reduce test bench and workflow complexity, this oscilloscope from Keysight is the first one ever built with 8 analog channels at 6 GHz and 16 simultaneous digital channels. 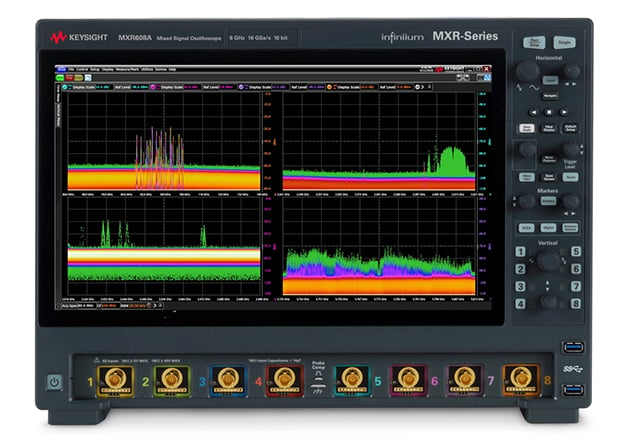 The device features ASIC-driven processing through the capabilities of eight in-built instruments. These include a real-time spectrum analyzer (RTSA), an oscilloscope, a digital voltmeter (DVM), a waveform generator, a Bode plotter, a counter, a protocol analyzer, and a logic analyzer.

The Infiniium MXR-Series also favors remote collaboration through the integration via PathWave Infiniium Offline Analysis, a collaborative tool developed by Keysight specifically to this end.

Want to know more about the device? Here's the datasheet.

These new transformers have been built by TDK mainly for overload detection, as well as detection of load shedding in switch-mode power supplies. 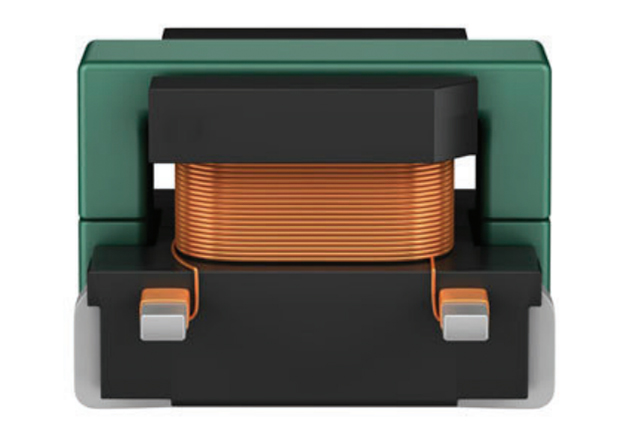 As such, the B82801A1 EPCOS SMT series can measure currents of up to 7A at frequencies between 50 kHz and 1 MHz.

To encourage diversified applications, TDK built nine models that are included in the new series, and they can offer transformation ratios from 1:20 to 1:150 between the primary and secondary winding.

All models have a maximum DC resistance of the primary winding of 2.5 mΩ and are compatible with RoHS components.

Featuring a compact footprint of only 4.5 x 4.85 x 3.5 mm, these transformers’ cores also have an insulating coating of ferrite and can be easily installed on boards where space-saving needs are a priority.

Powered directly from 48V, this chip-set includes a driver, MCD4609, and a pair of MCM4609 current multiplier modules capable of supplying up to 650A continuous and 1200A peak. 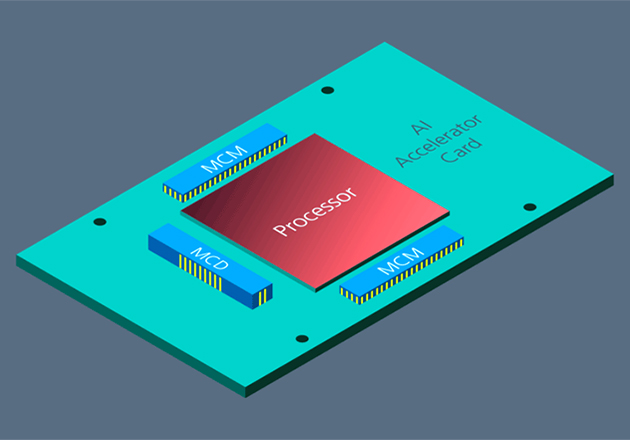 Powered directly from 48V, this chip-set includes a driver, MCD4609, and a pair of MCM4609 current multiplier modules capable of supplying up to 650A continuous and 1200A peak.

Due to the small footprint of 45.7 x 8.6 x 3.2mm, it is possible to place current multipliers close to the processor.

Because of these capabilities, the new 4609 ChiP-set by Vicor is ideal for powering GPU and OCP Accelerator Module Artificial Intelligent cards.

An expert in modular solutions, Vicor has already started mass production of the component, which will be soon available on the Vicor Hydra II evaluation board.

This new formulation of distributed gap alloy powder core allows the material to provide core loss compared to traditional Sendust but with a 38% higher magnetizing force. 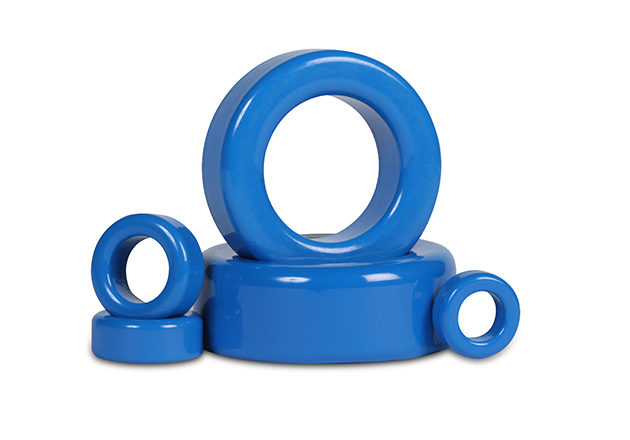 Developed by Micrometals, a firm specializing in high-performance core solutions for power applications, the new material is named SenMax.

SenMax is available in custom sizes and shapes, but the substance is also currently being offered in standardized 26µ and 60µ permeability materials and in toroid shapes from 3.5mm dia to 101mm diameter.

To facilitate material selection and design improvements, the SenMax materials have been incorporated into Micrometals’ Online Inductor Design Tool.

According to the company, SenMax will be particularly useful in applications requiring optimization of inductor size, cost, and efficiency.

These may include PFC boost inductors and DC/DC converters running near the Critical Conduction Mode.

The following new devices announced by CUI offer 12 to 60 W of continuous power in chassis and board mount packages: 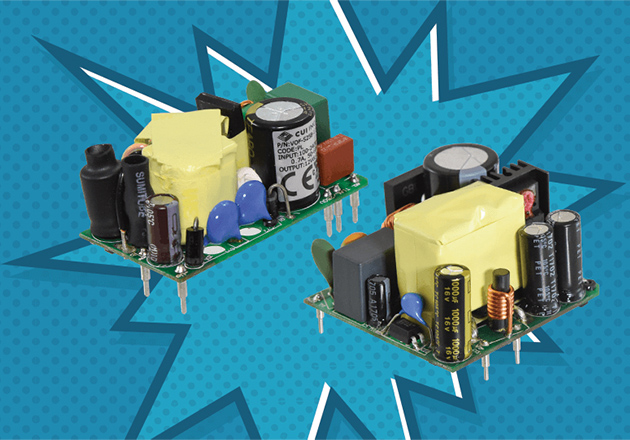 The components have been designed for a wide range of consumer, industrial uses, including power boost applications utilizing pumps or motors.

To facilitate applications with motors of pumps, the PSK-S25B, PSK-S60B, VOF-S25B, and VOF-S60B also offer an optional Power Boost feature. The new AC-DC power supplies by CUI are already available at prices starting at $11.95 per unit.

Electronics giant STMicroelectronics has been working on space applications for some time, and now the company has just extended its portfolio of radiation-hardened power devices. 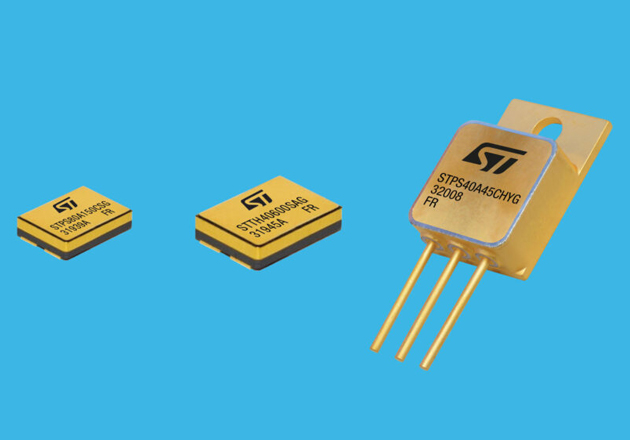 Electronics giant STMicroelectronics has been working on space applications for some time, and now the company has just extended its portfolio of radiation-hardened power devices.

The two new 200V and 400V power rectifiers and the five SEB -immune Schottky rectifiers at 45V and 150V are all qualified to meet the European Space Components Coordination standards.

The new components from STMicroelectronics can resist a total ionizing dose (TID) up to 3 Mrad (Si). To let multiple power-supply designs use a single device type, the rectifiers’ voltage drop is also guaranteed at four values of operating current.

The new components are manufactured in Rennes, France, using the same technology as the automotive-qualified devices AEC-Q101 series from STMicroelectronics.

What interesting power products piqued your interest in the market last week? Share your thoughts in the comments below.