The new sulfur-resistant AEC-Q200 compliant Model CRxxxxA-AS chip resistor series is available in eight different footprints from small 0201 (0603 metric) to 2512 (6432 metric) and offers rated power from 0.05W to 1W. The Model CRxxxxA-AS Series has a wide resistance range from 1Ω to 20MΩ and is designed for general purpose applications.

Constructed using a thick film element printed onto a ceramic substrate, these resistors are tested in accordance with ASTM B809-95 methods and Bourns designed them to operate in certain harsh environments exposed to high levels of sulfur contamination.

Related: AEC-Q100 Single-Input, Dual-Output Isolated Gate Driver with 4A Source and 6A Sink 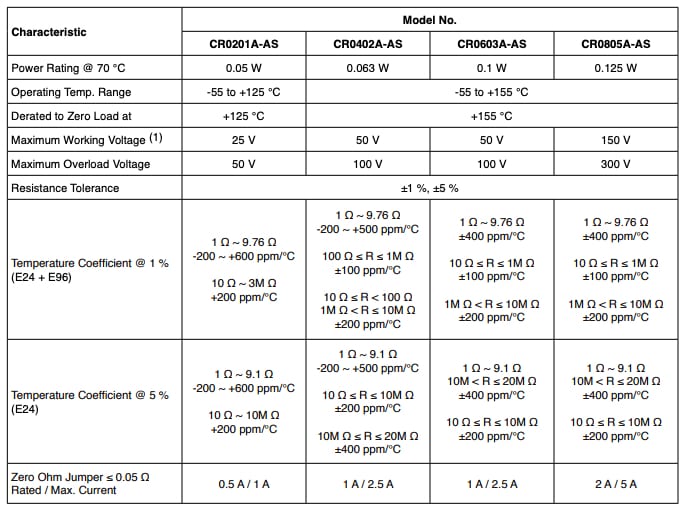 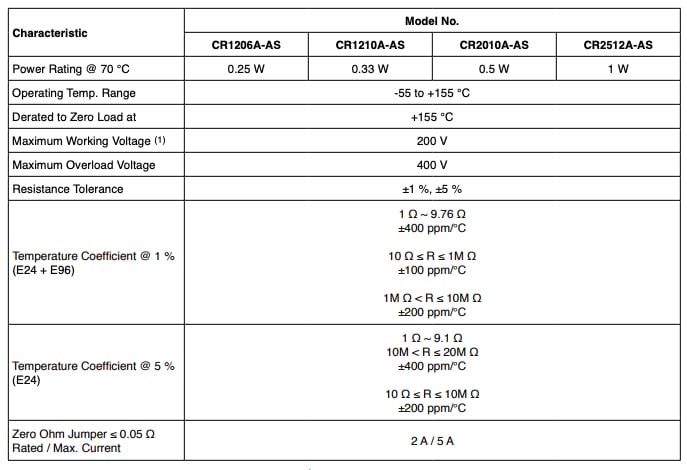