Kyocera AVX, a global manufacturer of electronic components, develops a wide variety of capacitors for use in a range of different applications. The newest addition to its TWA-Y series, the 470 µF, adds yet another reliable wet tantalum capacitor offering high capacitance and voltage value (CV/cc) at 200 °C.

The new capacitor sports a capacitance of, naturally, 470 µF, and is available at different voltages with different case sizes. 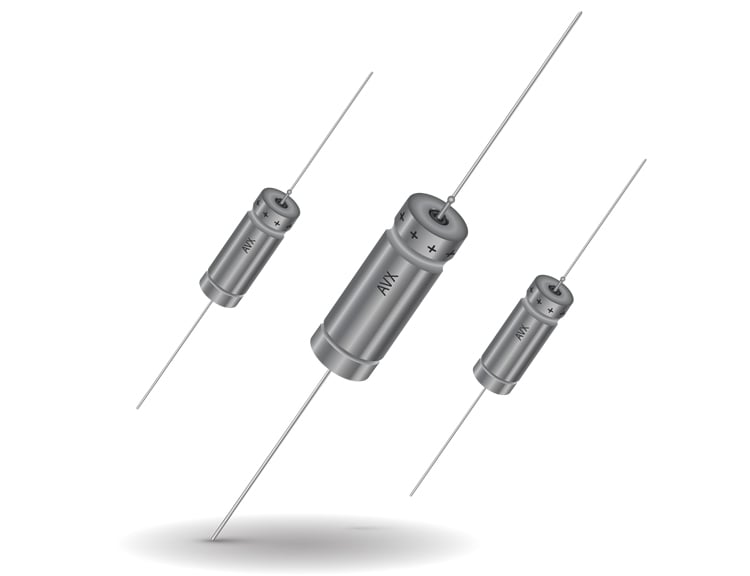 The TWA-Y series has an extended temperature rating of between -55 °C and +200 °C. At 200 °C, the series’ capacitors can reliably operate for up to 2,000 hours with applicable derating.

In addition to these characteristics, The TWA-Y series adds high mechanical strength. The series has passed MIL-PRF-39006 rating tests, and therefore its capacitors can function as replacements for M39006-style capacitors.

M39006 capacitors’ voltage ranges are between 6 and 100 V at a maximum rated temperature of 125 °C. As such, for temperatures approaching 200 °C, the TWA-Y series’ capacitors make for an appealing replacement.

Applications for the TWA-Y series

TWA-Y series capacitors are specced to operate under rough conditions. The series was mechanically tested under MIL-STD-202 with two methods, method 204 test condition “D,” and method 213 test condition “I.” This testing demonstrates the capacitors’ competence for use in applications where mechanical shocks and high-frequency vibrations are of primary concern.

Some such applications include: