Sporting a broader frequency range, the series’ members are also light weight and offer a limited footprint thanks to their high mechanical density, the company noted in a press release. 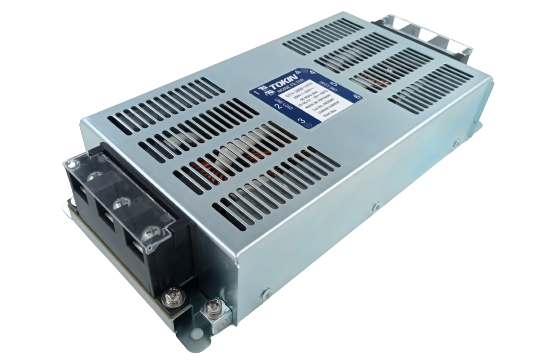 The fresh devices can handle three-phase voltages of up to 500 VAC, and come with current ratings of either 30, 40, 50 or 60 A. To support a variety of equipment topologies, customers can choose from six different Y capacitor setups at each of the four current ratings; there are 10, 47, 68, 100, and 470-nanofarad (nF) models available, with a capacitor-less option rounding out the selection.

Leakage currents range from 0.03 milliamps with no Y capacitor up to 92 mA with 470 nF Y capacitors. For those interested, full specifications for all 24 filters are available in the series datasheet.

In three-phase systems, there are three separate legs of AC sine wave inputs. The inputs are of equal magnitude, but are 120° out of phase with each other.

All three inputs are referenced to the same ground. 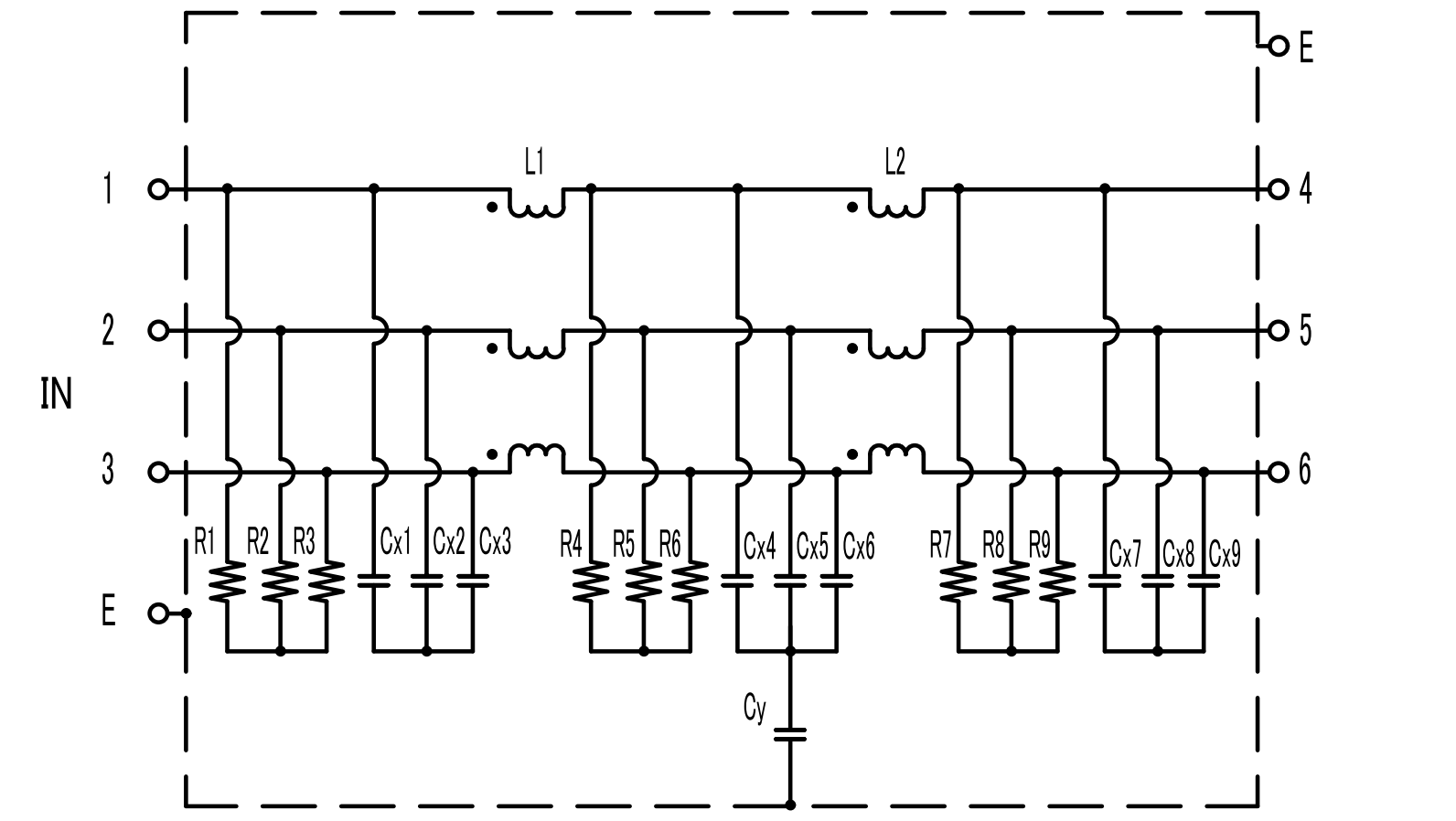 In the diagram above, the three separate inputs, one for each phase, attach at input 1, 2, or 3. The ground attaches at point E. Cy represents one of the aforementioned Y capacitors.

Working for our sister site, All About Circuits, Nick Davis described X and Y capacitors in detail in a technical article, "Safety Capacitors First: Class-X and Class-Y Capacitors." These specially constructed units are aimed largely at devices like the GTX series, purposed to AC line filtering. 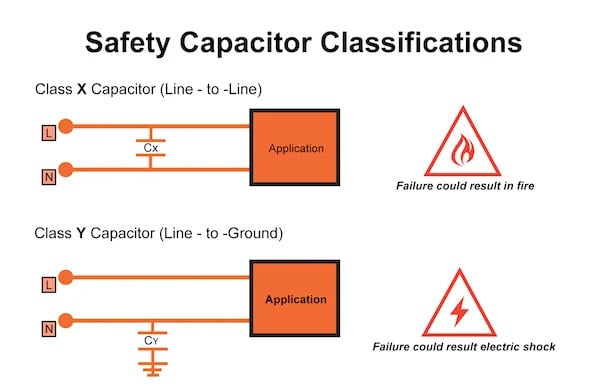 Image used courtesy of KEMET, via All About Circuits

As illustrated, the failure of an X capacitor will cause a short circuit, and if the circuit is not fuse-protected, a fire could be sparked. If a Y capacitor fails, ground protection is compromised and there is danger of electrical shock.

Davis's article also delves into considerations OEMs such as KEMET must face when selecting Y capacitors.

All series members are UL, c-UL, and TÜV–approved.

These filters operate over a temperature range of -25 to +55 ℃. Beyond 55 ℃, current handling capacity begins to derate, reaching zero at 105 ℃.