The 381/383LL snap-in series is targeted for use in critical applications where long life and reliability are paramount.

Liberty, SC – January 20, 2020 Cornell Dubilier Electronics, Inc. (CDE) introduces its 381LL series of long-life snap-in aluminum electrolytic capacitors. The series, designated with an expected life of 8,000 hours at full-rated conditions, demonstrates superb stability in capacitance and DC leakage current over time on test. The snap-in series is targeted for use in critical applications where long life and reliability are paramount. 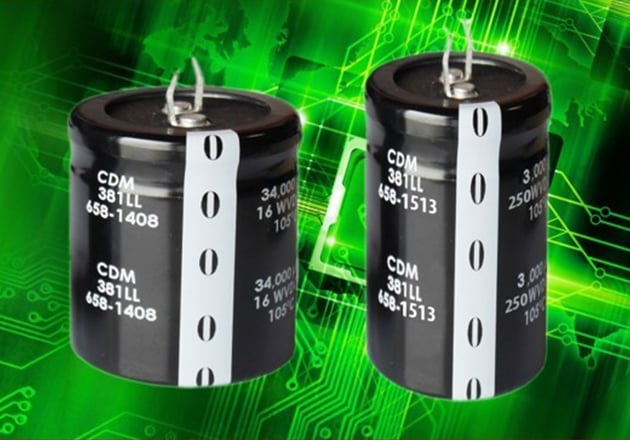 Capacitance values range from 740µF to 100,000µF at working voltages of 16 to 250 WVDC with ripple current ratings up to 10 Amps @ 105 °C. The snap-in series is available in two pin configurations in the smaller diameters with 4 and 5 pin options in the larger diameters.