The PFC 319-D4 Series thrives even in the toughest of industrial environments, undeterred by fog, water, sand, oil or metal dust.

The 500 watt PFC 319-D4 power supplies employ active power factor correction (PFC) and operate over AC inputs ranging from 95 to 264 VAC. Outputs are either 12, 24, 48 or 125 VDC, and the company states that “custom input/output voltages are readily available.” 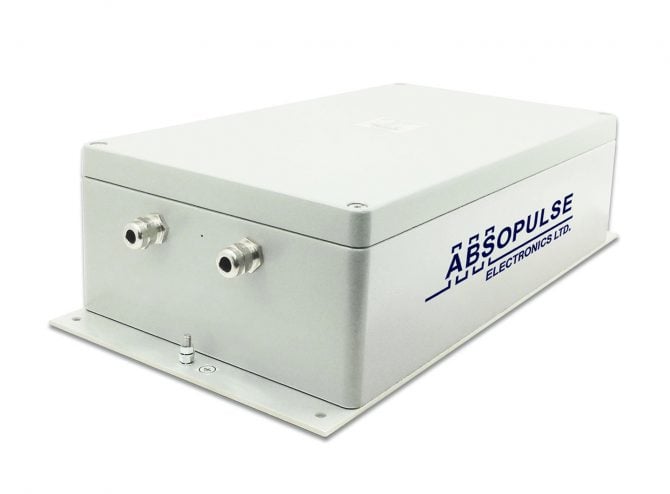 Did we mention that they’re Tough?

The members of the PFC 319-D4 series are IP66 rated. The IP code, also known as the Ingress Protection Code, is a part of IEC 60529. IP66 refers specifically to protection against foreign objects, including dust, and to protect against powerful water jets.

Inputs and outputs both feature circular or custom connections and sealed cable glands. The units feature application-specific vents for pressure equalization. These equalize the pressure inside the enclosures, minimizing connector strain and assuring the impermeability of the seal.

Additionally, internal PCBs are conformal coated and ruggedized for immunity to high levels of vibration and shock. Beyond that, potting of the internal module is optionally available.

Significant power factor correction (PFC) can be achieved by simply adding an extra, strategically placed inductor within the power supply. Active power factor correction, illustrated by powerfactor.us, involves the addition of such components as MOSFETs, producing much better results. The PFC 319-D4 achieves a PFC rating of 0.97, with 1.00 being perfect.

PFC 319-D4 is cooled via internal conduction to the enclosure’s walls and by convection occurring through the outside surfaces. The units are built with a baseplate, which will further enhance cooling.

The units feature isolation of 4300 VDC from input to output, 2250VDC input to chassis and 1000 VDC output to chassis. Because the outputs float, either positive of negative can be grounded. Spacing is 8 mm.

Other features and specifications

The PFC 319-D4 power supplies are designed for the severe environments encountered in: