Humless has introduced the 5kWh Lithium Iron Phosphate 4,000 cycle battery, the newest addition to its line of energy storage solutions for home and commercial use. The Humless 5kWh, based on Lithium Iron Phosphate technology, offers the longest life and minimum power loss of any similar Lithium battery on the market today.

The 5kWh is set for unveiling at the Solar Power International (SPI) Solar, Storage, and Smart Energy Expo in San Francisco.

"We've worked hard to perfect this energy storage product," states Glenn Jakins, CEO for Humless. "Our product testing has been rigorous to assure that we provide the longest life, safest, and most reliable energy for residential, emergency, or commercial use. We have minimized battery cycling and operating temperatures, while maximizing depth of discharge (DoD) and the greatest universal compatibility."

Recommended for you: Integrating and Prioritizing Solar Power for Telecom Power and Data Centers

Traditional lead-acid chemistries suffer from "memory" issues which degrade charge capacity over time. If not recharged, they may lose significant charge without even being used. Lithium Iron Phosphate has far less memory issues and holds a charge better over time. 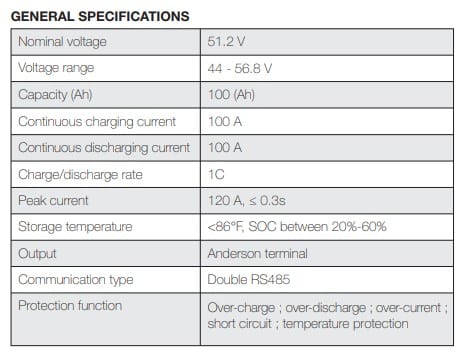