This article discusses the Embedded World 2017 and its events, exhibitors and important insights.

In its 15th round, embedded world in Nuremberg, Germany, has once again impressively reinforced its status as the number one international gathering for the embedded system technology experts. In 2017 it again reported significant increases in all important exhibition-specific KPIs and broke new records after three action-packed days of trade fair and congresses. 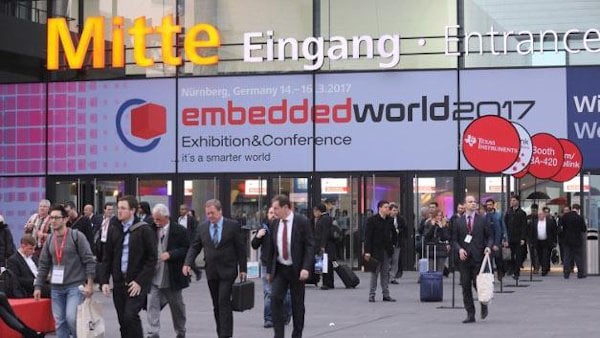 More than 30,000 trade visitors – including an international contingent of 38% – came to Nuremberg for an event that reached new heights with more than 1,000 exhibitors (+8%) from 40 countries. The professional community was equally impressed by the concurrent embedded world and electronic displays conferences: 1,796 embedded and display experts from all over the world (+8%) travelled to Nuremberg to enjoy professional dialogue and knowledge-sharing.

This year too, the mood in the halls was excellent and both exhibitors and trade visitors were very satisfied with the event they call their own. Both groups benefited from the professional dialogue with one another and a number of new projects were instigated. All of this is also confirmed by the exhibitor poll, in which nine out of ten participating companies rated the event a success. Based on this upbeat mood and the results at their stands, equally as many companies said that they would be exhibiting again in 2018. Around nine out of ten expect follow-on business from the event and 94% were able to forge new business contacts. In addition, 95% confirmed that they managed to reach their target groups.

Almost without exception, trade visitors were satisfied with the content of the event and range of products on display. Nine out of ten of the 30,017 trade visitors are involved in the procurement decisions of their companies. This is further evidence of the great importance of the fair for the embedded community. No less than 86% would recommend visiting the embedded world to their business contacts and colleagues, while 97% stated that they would be visiting the embedded world again in 2018.

The success of the embedded world Conference bases on direct participation by a whole community — hardware and software designers of a segment that’s virtually unequaled in creating innovative ideas for countless applications. Conference content, solicitously selected by an international jury, guarantees the necessary balance of knowledge and annual unfolding and analysis of the latest developments and trends. But what’s special about the embedded world Conference is that contributions are consistently solution-oriented, of great value and directly aiding both single participants and in fact the whole segment in what confronts them daily. 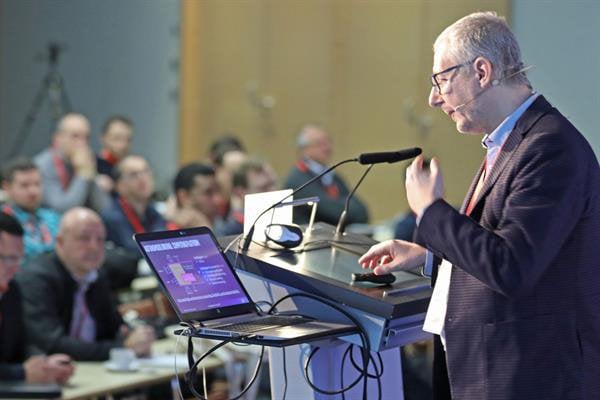 The embedded world Conference was always on the spot when new ideas and solutions were forged and emerged: the introduction of multicore processors in embedded applications, for instance, the triumphant advance of new microcomputer architectures, new wireless communication standards, the introduction of new programming languages and technologies, plus the new test and verification methods that subsequently resulted. The theme of the embedded world conference was “Securely Connecting the Embedded World”. As well as the two main thematic focus areas “Internet of Things” and “Security & Safety”, the programme included another four conference clusters: “Software & Systems Engineering”, “Hardware Engineering”, “Embedded OS” and “Management Focus”. The keynotes were held by Mathias Wagner, Chief Security Officer, NXP as well as Riccardo Mariani, Intel Fellow and Chief Functional Safety Technologist for the Intel IoT Group in Pisa, Italy, who described what’s needed to usher in a new age of autonomous things in a diversity of industries, encompassing Automotive, Robotics and Retail. The individual conference clusters were made up of sessions and classes and so allowed participants to choose between highly topical, practice-based content or technically sophisticated tutorials devoted to exploring an issue in greater depth.

In session 12 “Low Power”, the first presenter Dr. Christoph Budelmann in his paper “Bringing IoT into Harsh Environments: Security and Reliability with Optical Power and Data Transmission for Ultra-Low Power Sensor Nodes” described the development and realization of new ultra-low-power sensor nodes, fully powered by a single photodiode. The presented concept offers secure and reliable optical power supply and communication for small electronic sensor nodes. This makes the system suitable among others for IoT applications especially in harsh environments such as vibration analysis and ice detection on rotor blades of wind power stations. 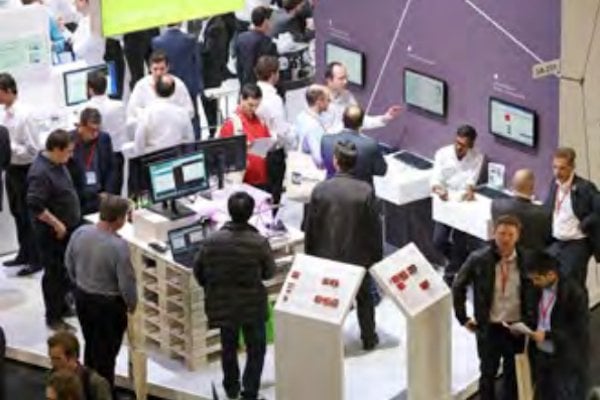 Very interesting, too, was the presentation “Intelligent Power Management for Textile Energy Harvesters Supplying Wearable Sensors” by Daniel Ladua of Technical University Ilmenau: During motion, the extremities and the body produce unexploited mechanical energy. That usually lost energy expands the lifetime of non-rechargeable batteries or recharges accumulators and capacitors. New textile energy harvesters can be integrated into common clothing and worn during normal activities to produce energy in everyday situations. Within this scenario, it is hard to claim a continuous energy input, e.g. if the breaks between power input are too long or the motion is properly too small. This is the reason why conventional continuous energy harvesting concepts can’t work reliably. The solution described uses a complex generation concept. The generator is composed of a triboelectric and piezoelectric part. Both parts are implemented in textiles. The presented energy harvesting concept enables recovering unused energy to supply a sensor circuit autonomously from finite power sources like non-rechargeable batteries.

Øivind Loe of Silicon Labs covered “Running Your Embedded System at 0 MIPS - The Power of Autonomy”: Over the last few years, reducing current consumption specs has been a major focus in the MCU market. Active current consumption and deep sleep current consumption have been reduced greatly. The effect of this change is obvious, with greatly improved battery life in our everyday embedded applications, and a promise of energy harvesting in the future. However, in order to properly leverage these current consumption specifications of modern MCUs, developers must take many considerations into account. Øivind Loe explored how autonomous operation of peripherals in modern MCUs can be leveraged to achieve the low-power promises conveyed in datasheets by getting closer to operating at ‘0 MIPS.’

Gary Straker from ON Semiconductors in his paper “Advanced Wireless & Smart Passive Sensor Technology Enables More Effective Use of Sense Data in IoT Implementations” looked at the main dynamics affecting sensor-based IoT implementation and outlined what attributes the supporting electronics need to possess. He showed how a highly integrated solution – featuring multiple sensor mechanisms and cloud-based connectivity – will have significant benefits over more conventional solutions made up of discrete sensors accompanied by power-hungry, costly processor ICs. Finally, some of the key application scenarios where this type of solution offers real value were detailed. The electronics engineering community, he stated, is developing more suitable hardware that optimizes sensing functions that operate at the “edge” of the IoT and provides the data required for software analytics to process.

And Andreas Riedenauer from Ineltec Mitte gave some realistic views to “Ultra Low Power Design - Practical Hints and Pitfalls”. There is a marketing hype in terms of low and ultra-low power consumption of electronic devices, especially microcontrollers. What is true? What should a developer have to consider? What are the pitfalls when optimizing the power consumption? How much reduction of power consumption makes sense? What are the side effects of low power design? What about batteries, super caps and lifetime? ...and temperature? 24 bit ADC with 2.5 µA? RTC with 60 nA? Radio receivers with 2,4 µA continuous current consumption?

IoT, wearables, data loggers and new radio applications are creating a growing demand for low power and ultra-low power electronic circuits. Andreas Riedenauer explained some power-saving methods and components as well as some pitfalls one should be aware of when trying to eliminate microamps of current consumption. Last, but not least, he commented on some marketing influenced statements from a practical point of view.