Endangered species and biodiversity loss are a growing global concern as scientists work to protect environmental health. Many elephant species are now listed as endangered or critically endangered because of drastic population loss in recent decades due to habitat loss, human-elephant conflict, and poaching. 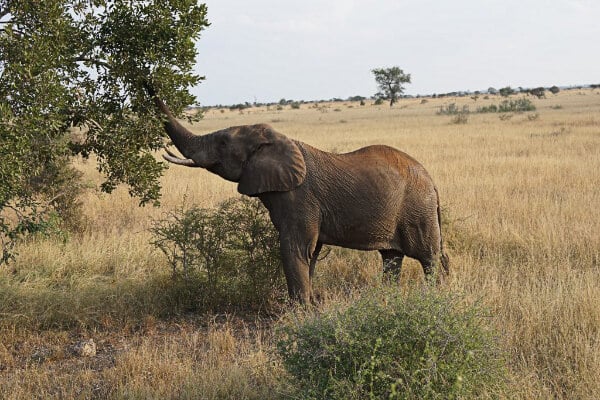 At Tufts University in Massachusetts, a multi-disciplinary group of faculty has teamed up to form the Jumbos for Jumbos: Tufts Elephant Conservation Alliance (TECA). Together, they are working to aid conservation efforts, species protection, and health and reproduction for elephant populations in Kenya. At the center of their work is remote imaging and artificial intelligence algorithms designed by Dr. Karen Panetta.

Panetta is the dean of graduate education for the school of engineering at Tufts University. As an electrical engineer, she specializes in developing signal and imaging processing algorithms that identify accurate target information with very little information and low-quality images. 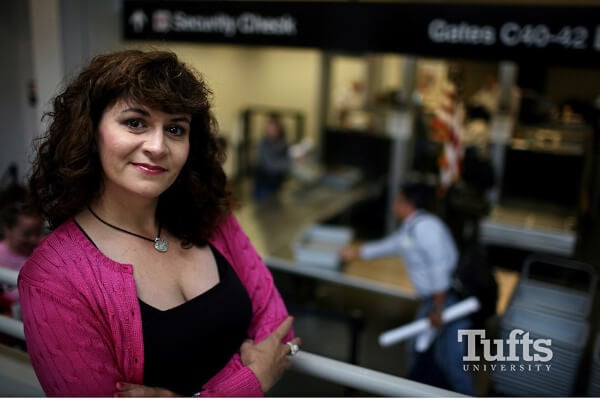 Getting the Right Engineers

As a researcher, Panetta has successfully attracted students to her work when it has a humanitarian impact.

Typically, electrical engineering may not be thought of as more than “cavemen playing with circuits,” she told EE Power, but as engineers looking for a solution, it’s important to ensure¿ it is conducive to the population it is trying to serve. This is how she successfully applied her algorithms and imaging modalities to elephant conservation.

Typical methods for monitoring elephant safety are risky to both the elephants and humans involved. Currently, animal health is tracked using massive collars that must be physically attached to the elephant to monitor effectively. The elephants are anesthetized, but this can still cause stress to the animal, which can be dangerous to the human attaching the collar. Monitoring growth is a similar hands-on process that can be tricky.

Transitioning to an imaging system removes any manual efforts and expands the effectiveness of tracking health.

When tracking elephant populations, researchers and park rangers want to know how many elephants are in a herd, animal size, and movement patterns. To do this effectively requires a reliable animal identification system to know that a ranger is not just watching the same five elephants circle an area.

Panetta’s technology uses artificial intelligence and machine learning to make inferences about the elephants they track. Her lab at Tufts created the first human visual quality metrics system that operates without human oversight. The algorithm can asses images and determine if they will be visibly useful for human analysis without a physical person identifying if the visual information is well suited to the human eye. Her lab has also built detection algorithms for facial recognition of humans to identify test image matches more quickly and accurately.

She was able to apply her facial recognition algorithm to elephant identification using known unique markers like ears, hind legs, and even shadows. Working with AI, the monitoring system of drones and mounted cameras can pick up real-time footage, maximizing the detection and observation inferences that can be used for human consumption and detection. This alerts park rangers to not just animal movement but which specific elephants are in the area and allows rangers and researchers to monitor eating habits and growth.

Her models can also operate with incredibly efficient algorithms, allowing the system running them to be low-level and low-cost. This is useful for monitoring in areas without access to high-tech expensive computers and when being trampled by elephants is a legitimate concern.

The increase in active cameras has been useful in deterring poachers. Rangers can see who may be coming in and out of an area which allows them to act accordingly. Poachers are also less likely to enter an area where they see video monitoring.

Using imaging tools and artificial analysis of video footage has been a great success for elephant conservation. Panetta explained that applying her algorithms to images already taken in target areas has revolutionized the data collection method for other animal tracking as well.

Her first use of animal recognition software was for tracking deer populations. Similar to the typical tracking of elephants, researchers would have to go out into the field and manually tag the deer. In doing so, there was a risk of researchers catching Lyme disease from the ticks deer carry.

Using images for identification instead, “I created the world’s first butt detection and recognition algorithm,” she joked since the most unique identifier on deer is their hind legs.

Using motion trap cameras, the researchers could monitor and uniquely identify each deer coming in and out of a specified area from a distance. This allowed them to track population numbers and group health without manual effort. The effort is additionally decreased by using Panetta’s algorithms to pick out the most useful photos and deer identifiers.

This same sorting technique was applied to research by Tufts anthropologists in monitoring chimpanzee behavior. Another electrical engineer thought to add two lasers that are always 4.3 inches apart to cameras monitoring chimpanzee tribes. In doing so, this normalizes the size of objects in photos no matter at what depth they appear. Her algorithms can sort through the millions of images collected to find the best photos for analysis and to determine animal size based on the known laser distance.

Panetta’s AI algorithms have increased the success of data collection in field experiments while decreasing the amount of manual labor required to achieve sufficient results. The additional use for animal monitoring has the possibility of creating a large breakthrough in conservation efforts. This would be a huge success in protecting environmental health and biodiversity.

Panetta sees AI as a way to break the barrier across disciplines and share information, “I don’t want to ever say AI and electrical engineers are going to replace the expertise of professionals. But it could be an assistive tool to help us get through more efficiently and double-check. AI allows us the opportunity to advance faster in our own knowledge.”

She has applied her algorithms and techniques to help doctors distinguish viral pneumonia from COVID-19 in X-rays, monitor traffic safety, and determine the effects of nutrition or drug use on oral health.

Panetta is an IEEE Fellow, NASA JOVE Fellow, and AAIA Fellow. Currently, she is working on underwater imaging, examining pollutants and their effects on kelp, and exploring farther reaches of the ocean.