Learn what a driver source pin is, and why it increases efficiency.

Transistors are sometimes called the building blocks of digital electronics. The invention of the semiconductor-based transistor, replacing the vacuum tube for electrical switching, enabled seminal leaps in electronic componentry and technology.

The most common type of transistor used in electronics today is the MOSFET transistor or metal oxide semiconductor field effect transistor. These transistors take advantage of semiconductor materials to allow small electrical signals to control the switching of much larger current signals.

Power switching MOSFETs are used as switching elements in various high power applications such as the power grid. Switching and conduction losses need to be reduced as much as possible to increase the efficiency of the system. In recent years, new package technologies have been developed that add a driver source pin (also called Driver source or Kelvin source) as a method for increasing efficiency.

To understand what a driver source pin is, and why it increases efficiency, we must first understand what causes inefficiencies in a MOSFET power switching application. MOSFETs are voltage-driven devices, turning a load on or off based on the voltage applied to the gate.

Figure 1 shows a conventional gate drive circuit for a MOSFET, along with the parasitic capacitance, inductance, and resistance inherent in the circuit based on physical construction and PCB layout. 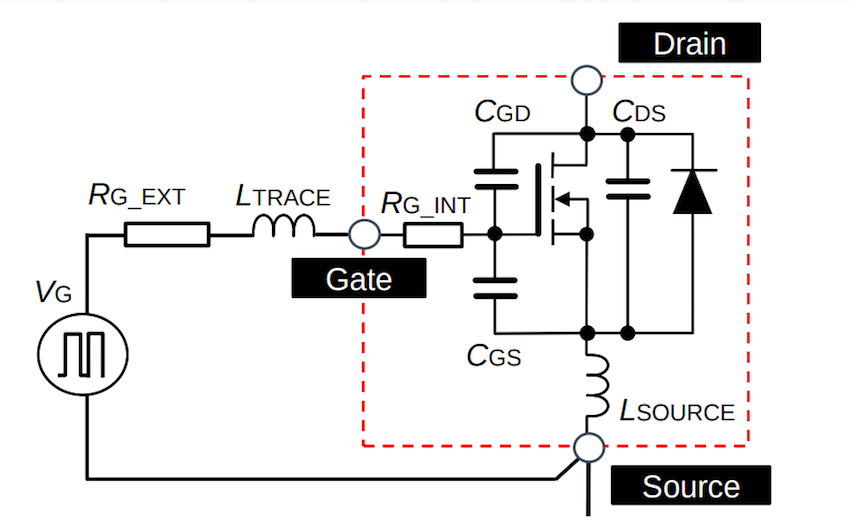 What is a Driver Source Pin?

A driver source pin is a new development in power MOSFET packaging technology.  It provides a separate, low current terminal connection to the internal MOSFET source, separate from the high current drain to source path. 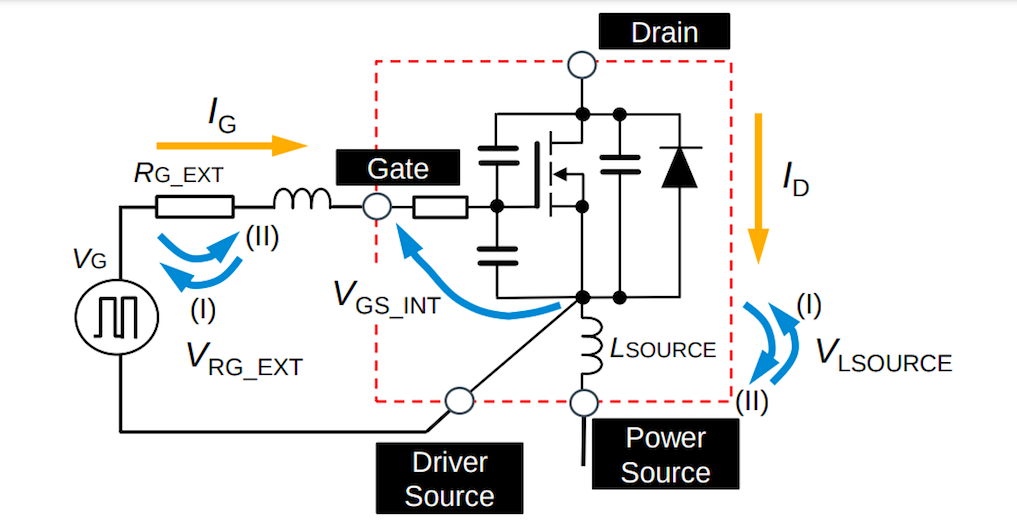 The gate to source voltage is thus completely independent of the external power source pin and the LSOURCE inductance.

How Does a Driver Source Improve Efficiency?

As explained earlier, the LSOURCE inductance is the cause of significant losses due to the high currents that are switched through it. The driver source pin takes that inductance,  LSOURCE, out of the circuit that determines switching strength and speed. There is obviously still inductance in the driver source pin, but without the high current being switched through it, losses are minimized, enabling maximum switching efficiency.

In the conventional MOSFET gate drive circuit (Figure 1), the gate to source voltage seen at the internal MOSFET (VGS_INT) is given by the equation:

In a MOSFET with an additional driver source pin (Figure 2), however, the gate to source voltage seen at the internal MOSFET (VGS_INT) is given by the equation:

In real-world packages, this driver source is simply provided as an additional pin, separate from the power source. Figure 3 below shows some example packages of MOSFETs with driver source pins. 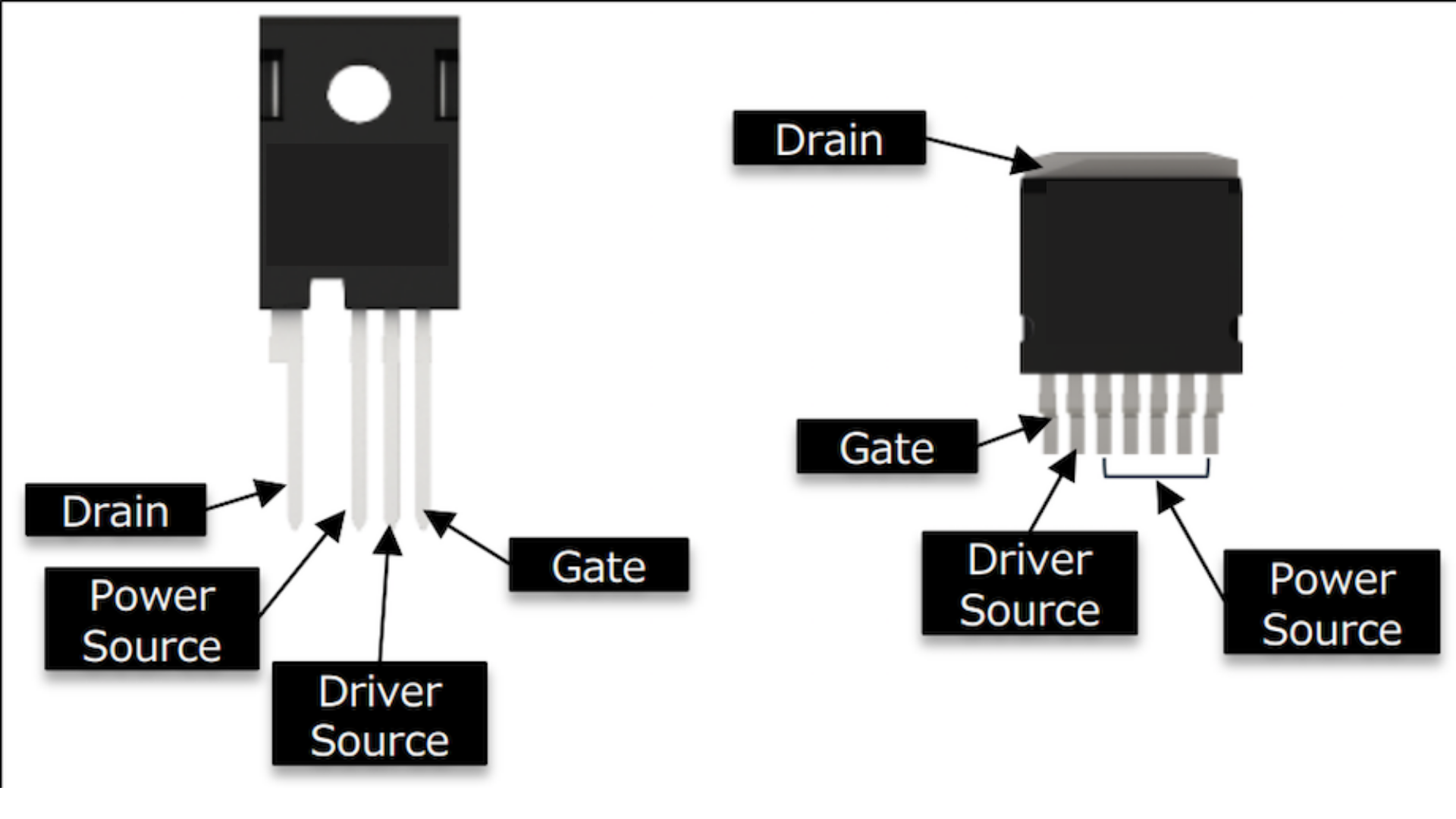 Increasing the efficiency of power MOSFETs is more critical than ever today because of new technologies and materials, such as silicon carbide (SiC) MOSFETs, that are enabling MOSFETs to operate at higher power and faster switching speeds. These higher powers and faster switching speeds served to expose the limitations of conventional MOSFET packaging. New packaging innovations, such as the driver source pin highlighted here, help to maximize the potential of new transistor materials.

ROHM is constantly looking to innovate and develop SiC MOSFETs that are fast, high voltage, and high temperature, and take advantage of packaging with a driver source pin. They are poised to replace IGBTs in many applications, with faster operation, smaller size, and lower losses. With ROHM innovations, designers can take full advantage of the SiC MOSFET benefits in their designs.

For more information, visit rohm.com and check out these resources: