The LTC3892 is a dual output controller, where one output can be used for a positive voltage and the other channel for a negative voltage, as shown in Figure 1. The input voltage range of this solution is 6 V to 40 V, with VOUT1 equal to 3.3 V at 10 A and VOUT2 equal to –12 V at 3 A. VOUT1 is configured as a straightforward buck converter topology with power train components Q2, Q3, L1, and the output filter capacitors. No voltage divider is required at the VFB pin (tied directly to the output) to set the output to 3.3 V, as the LTC3892-2 features fixed 3.3 V or 5 V outputs set by the grounding or by tying VPRG1 to INTVCC, respectively.

VOUT2 is a negative output voltage relative to GND. The op-amp U2 (LT1797) is wired as a differential amplifier that is employed to sense the negative voltage and scale it to the 0.8 V reference of the LTC3892 error amplifier (EA). In this approach, both the EA of the LTC3892 and the op-amp are referenced to system GND, which simplifies power supply control and functionality. The seed formulas for setting the negative output voltage are: 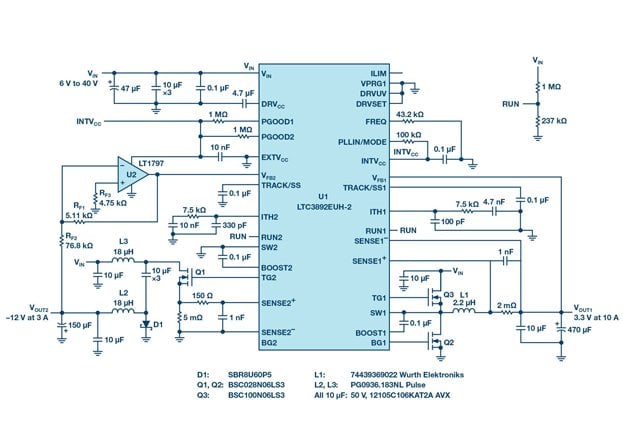 A DC2727A demonstration board was used to evaluate this solution, with the VOUT2 efficiency shown in Figure 2. This approach is also available in our LTspice® simulation model of the LTC3892-2. 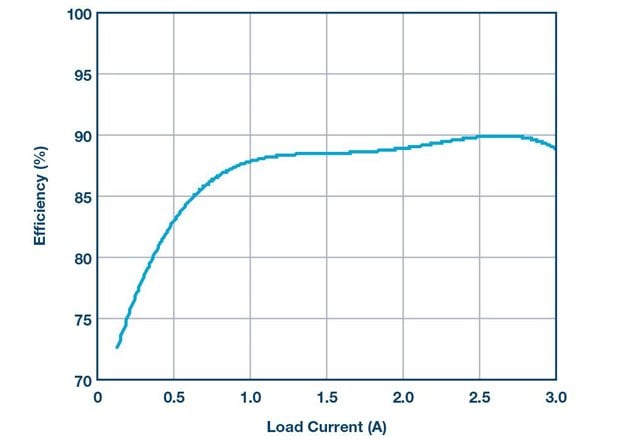 Figure 2: Efficiency for the negative output (VOUT2) at 14 V input.

The LTC3892 is a versatile and flexible controller ostensibly designed for synchronous step-down conversion, but it can be used in a Ćuk topology to generate positive and negative voltages for automotive, industrial, and other applications.

Victor Khasiev is a Senior Applications Engineer with Analog Devices Inc. Khasiev has extensive experience in Power Electronics both in AC-to-DC and DC-to-DC conversion.