This article discusses the method of using Inrush-Current Limiting Wirewound Resistors to Charge the DC-Link Capacitor of an Electric Drive System. 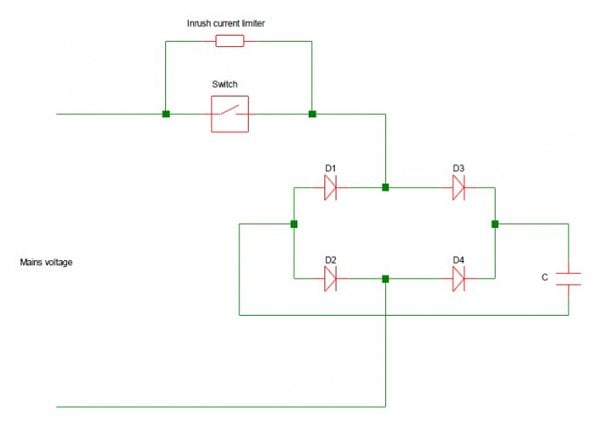 In such a bypass-circuit, mostly PTC’s or Wirewound Resistors are used to limit the inrush current.

Charging Resistors: A Comparison between PTC’s and Wirewound Resistors

A Positive Temperature Coefficient (PTC) thermistor, also known as the PTC component, is a temperature dependent resistor. However, a wirewound resistor has a fixed resistance value and provides the following advantages when used as a charging resistor:

For the application as charging resistors, Ty-Ohm from Taiwan offers a complete range of wirewound resistors:

The resistance-range is from 0.1Ω to 2 kΩ, the rated power covering a range from 1W to 12W.

Generally, the safety of an electronic circuit is verified by applying individual failures to detect the behavior of the complete device. This means that each electronic component will be exposed to the failure modes: short-circuit, high ohmic, and few ohms to ground.

Short-circuit represents 0Ω and cause the resistor to trigger in a specified way. In this case, no thermal protection is needed and the triggering of the resistor is according to the definition of Fail-Safe Fusing I.

Practical experience shows that electronic components could fail, causing a connection to ground with a few ohms. The root causes of such an undefined failure mode include surge-impulses, temperature, humidity, and aging.

All electronic components in serial connection to the resistor may fail in this undefined way. These components include the capacitor, the bridge-rectifier, the pi-filter, the voltage transformer, the switching transistor, and the control circuit IC.

A high impedance failure of these components will not cause any safety problems to the circuit and will disconnect the circuit from the mains.

However, a low impedance failure of these components is critical in the following cases:

In both cases, a low impedance failure of one of the components in series to the resistor creates a voltage division of the mains voltage between the resistor and the failed component. Then, the voltage across the resistor will be too low to trigger the resistor in a defined way according to Fail-Safe Fusing I. The resistance wire will get increasingly hot and stabilize at a steady state temperature lower than the melting temperature of the resistance wire. This temperature can cause a serious safety problem to the surrounding components, to the PCB or to the housing of the device.

The current rating and the triggering temperature of the thermal protection can be selected according to the application requirements, e.g. from 1A – 10A and from 130°C to 260°C or upon requirement. 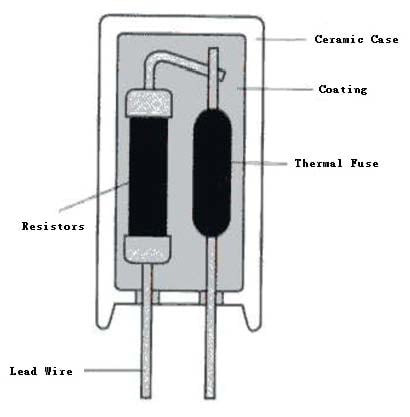 When applying a UL certification for a drive system, a test might be necessary for simulating a permanently open relay because of its failure mode. If the wirewound resistor has integrated thermal protection, then it is no need to manage the protection of the drive by other means.

Ty-Ohm provides such Wirewound Resistors in accordance to Fail-Safe Fusing I and II – classification for leaded, SMD, and cement resistors. 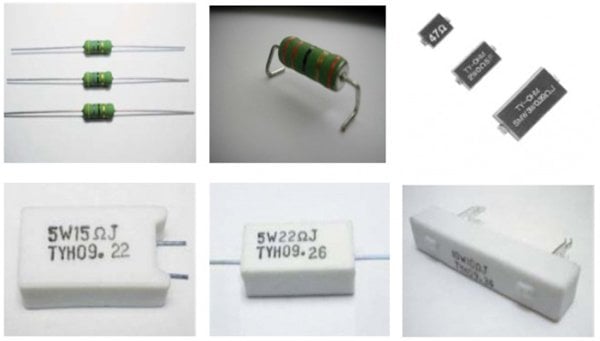 Dieter Burger works as the Managing Director of COMPOTEC Germany - the European sales-office of BM, China, a company providing the connecting link to the direct customers and distributor focusing on passive elements, capacitors and resistors.