Saturable machine models are needed by drives engineers to develop, tune, and evaluate the performance of advanced control algorithms. PLECS is a simulation tool that allows for very efficient and robust modeling of drive systems and their associated controls. In this study, modeling of PMSM saturation for simulation of drive systems is discussed.

Electric machines play an integral part of systems in a variety of industries. In applications such as electric vehicles [1] and starter-generators [2], machines are driven into saturation to meet high torque demands while optimizing for cost and weight. Therefore, the electric machine parameters can vary substantially during normal operation. When developing controls, machine parameters are often used to tune the controller gains. As a machine is driven into saturation, the controller gains may need to be modified online to correctly compensate for the change in machine parameters. If not correctly compensated, the controller may become unstable [3]. Further, control strategies such as Maximum Torque per Ampere are impossible to implement without considering saturation effects in the control algorithm [4].

In the design phase, engineers develop, tune, and benchmark the performance of different strategies for machine controls in a simulation environment like PLECS. When developing advanced control algorithms, it is important to use machine models that accurately reflect machine saturation while maintaining fast and robust simulation.

Modeling saturation effects of a PMSM

Machines are often modeled in the synchronous reference frame (dq-model) for simulation of drive systems. This dq-model is a flux-based implementation where input voltages are converted from the abc-frame (uabc) to the dq-frame (udq), and the flux linkages in the dq-frame (ψdq) are calculated. ψdq are then used to derive the dq-currents (idq). The flux-based implementation for a PMSM machine is shown in Fig. 1. In a linear model, the currents are determined by simply dividing the flux linkage by an equivalent inductance (Ldq). The linear model is limited, as it doesn’t consider the change in Ldq as the machine is driven into saturation. Thus the effects of saturation are not reflected in the simulation.

One method to incorporate saturation into the dq-model is to use analytical functions to model the saturation effects. High-order polynomial functions can potentially be used to estimate flux linkage as a function of current. The coefficients of these polynomials are determined through curve fitting data gathered from measurements, FEA simulation, or technical papers and do not represent any physical meaning. Additionally, there is a limited range where these polynomials provide a correct estimate of the flux linkage.

Magnetic materials exhibit an approximate linear relationship between flux linkage and current in both unsaturated and highly saturated regions. It is only the slopes and intercepts that differ. Fig. 2 shows flux linkage as a function of magnetizing current. It can be seen that initially there is a linear increase, followed by a period where the slope decreases. Finally the relationship becomes linear again. An arctangent function provides a good method to model the saturation effect [6]. One advantage of using arctangents as opposed to polynomials is the larger range of definition. Additionally, the function is completely characterized by four parameters that relate to the unsaturated and saturated magnetizing inductances, location of the transition and a factor determining the transition tightness. 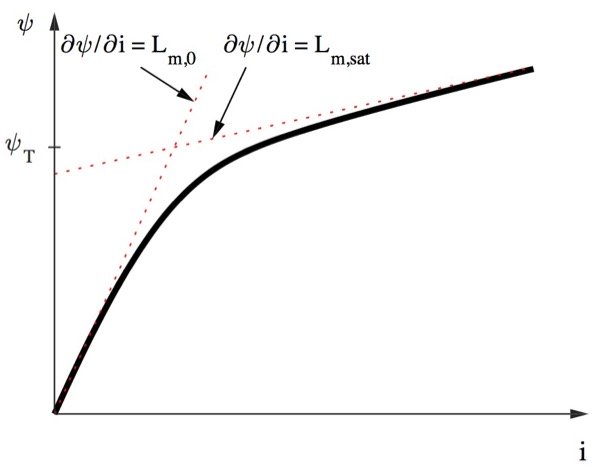 Figure 2: Flux vs Current for a saturable machine based on an arctangent function 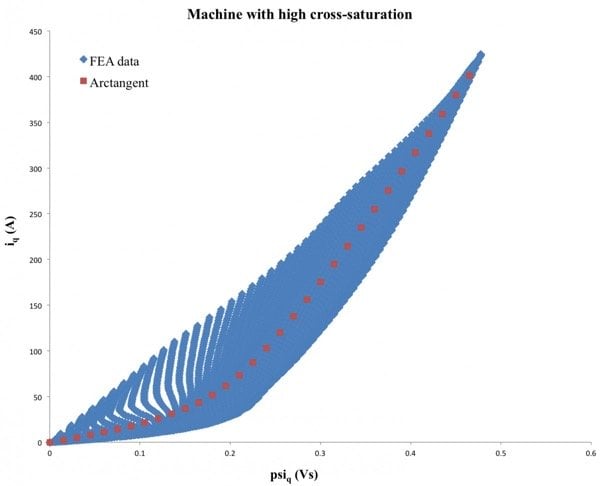 Figure 3: iq as a function of ψq for a machine with heavy cross-saturation

One solution is to use functions that describe 2D surfaces. However, this may require the use of optimization tools to estimate the parameters [7]. An alternative approach for machines experiencing high cross-saturation effects is to use two-dimensional (2D) look-up tables.

Measurements made on dynamometers or data obtained from FEA tools can provide ψdq as a function of idq. This information can be incorporated into the flux-based PMSM model using 2D look-up tables. The look-up tables take ψdq as inputs and output idq, allowing cross-saturation effects to be incorporated into the model. The raw measurement or simulated data must first be processed to produce a constant grid of ψdq, and idq is determined over this grid using interpolation and extrapolation. It is also important that the look-up table output be a smooth data surface to ensure simulation stability. 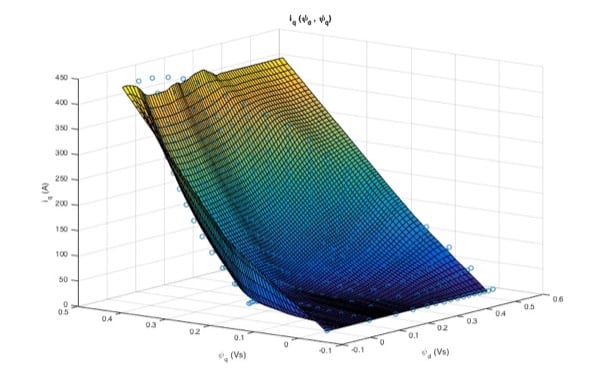 Fig. 4 shows iq as a function of ψdq for the same machine as in Fig. 3. The generated data was processed through Matlab scripts, developed at Plexim, to generate 2D look-up tables for idq as a function of ψdq. This data is then tied into a PLECS PMSM machine model via 2D look-up table components. This allows data generated from an FEA tool or from hardware measurements to be tied into a PLECS simulation.

The Infolytica interior PMSM tutorial model represents a machine with heavy cross-saturation. Fig. 3 shows an attempt to capture the magnetic saturation effects of this machine using an arctangent function and thus highlights the limitation of the analytical model when heavy cross-saturation is present. Fig. 4 shows the same machine where the magnetic saturation effects were captured using a 2D look-up table.

PLECS models for the saturable PMSM based on both look-up tables and analytical models were developed. Both machine models were run at constant speed by setting the inertia of the machines to zero and connecting the rotors to a constant speed source. Identical synchronous frame regulators were developed to maintain idq at the desired levels. During simulation, the id set point is set to zero while the iq set point is stepped from 50A to 125A. The dc-link voltage is sufficient to avoid operating the machine under flux weakening operation. Fig. 5 shows the operation of the two machines under identical conditions and the effects of heavy saturation on the transient response. It can be seen that under the same control strategy, the model incorporating cross-saturation has a more accurate transient response than the model using an analytical function. 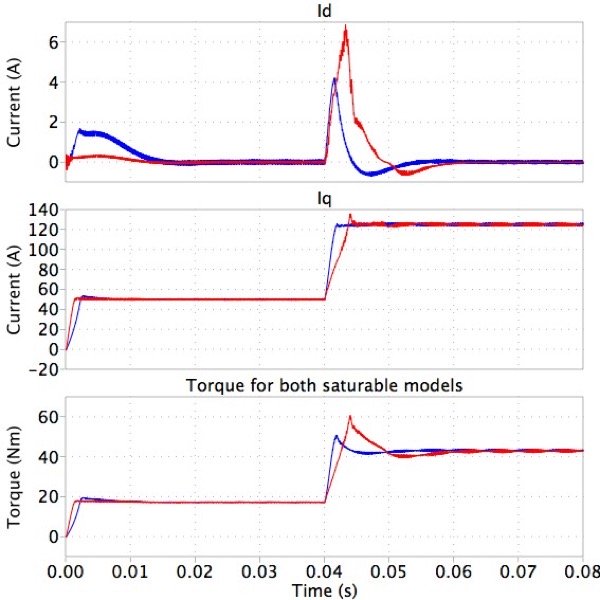 Figure 5: Transient response of id, iq, and torque for a machine with heavy cross-saturation modeled with analytical functions (blue) and look-up tables (red)

When a machine is driven into saturation its parameters change. These changing machine parameters may be incorporated into the controller design to ensure system stability and optimal performance. In the design phase, simulation tools like PLECS are used to validate advanced control algorithms. To evaluate the performance of control algorithms incorporating changing machine parameters, it is necessary to have a model that accurately represents the machine saturation. In this study, flux-based PMSM models incorporating saturation using analytical functions and look-up tables are discussed. Further, simulation results of a machine with heavy cross-saturation modeled based on an analytical function and look-up tables are shown. The PLECS models for the PMSM with heavy cross-saturation are available for download on the Plexim website. Additionally, a model of a PMSM with low cross-saturation is provided.

Munadir Ahmed works as the Applications Engineer at Plexim Inc. since August of 2013 where he is responsible for the development of advanced simulation models for power electronic demo models, application notes and training modules; deliver technical workshops, seminars and video tutorials to educate participants in modeling PLECS and represent Plexim at customer visits, trade shows and conferences as well as report customer feedback to the developers. He earned his Bachelor of Arts in Mathematics, Physics and Statistics at Macalester College. He also holds a Master's Degree in Electrical Engineering at the Purdue University.