IXIDM1403 is a high-voltage isolated gate driver module based on the IX6610/IX6611/IXDN630 chipset, which allows for the creation of an isolated IGBT driver with a high voltage isolation barrier between the primary and secondary sides and between secondary side drivers. This creates a very flexible architecture, which can be used for 3-phase motor drivers, half-bridge switches, push-pull converters, other Uninterruptible Power Supply (UPS) applications, renewable energy, and transportation, which require isolation between the primary and secondary sides and/or between secondary side drivers.

An internal power supply provides up to 2 W per channel of isolated power to drive both upper and lower IGBTs, effectively isolating the Microcontroller Unit (MCU) from high power circuitry. Operating from a single polarity 15 V power source, it provides +20 V/–5 V to drive the IGBT gates and +3.3 V to drive the MCU, maintaining up to 4 kV isolation voltage between the MCU and gate drivers and between gate drivers as well.

Over-current protection with a 300 mV threshold can be implemented by utilizing either a current-sense resistor or IGBT desaturation event. This feature turns the IGBT off immediately after the collector current exceeds a value set by the user and informs the MCU, allowing it to make an appropriate decision.

TTL level’s compatible input signals from an external MCU are used to operate secondary side drivers. The IXIDM1403 implements a dual-channel bidirectional transformer interface, which transmits the primary side input commands from the MCU to the secondary side and information from the secondary side to the MCU. Asynchronous data transmission is implemented by narrow pulses to prevent the transformer’s core saturation.

A narrow pulse detector is also implemented to prevent transmission of very narrow false Pulse-width modulation (PWM) input signals to the drivers. Input signal pulses with a width narrower than 100 ns are suppressed and pulses with a width greater than 350 ns are transferred to the drivers. To avoid limitations to the input pulse maximum width, only short pulses representing rising/falling edges of the input signals are transmitted from the primary side, while the secondary side restores the original pulse width.

Dead time between pulses at Gate A and Gate B outputs is hardware programmed to ~420 ns. If the dead time required to operate specific IGBTs is greater than implemented in IXIDM1403, it should be programmed by the MCU or factory-adjusted to the required value.

The over-temperature protection function disables the IGBTs if the internal module temperature exceeds 150°C, and resumes normal operations when the temperature falls below 125° C. If the IGBT assembly is equipped with a temperature sensor, the IXIDM1403 is able to translate its signal to the MCU. A dual-channel bidirectional transformer interface allows for the transmission of information to the MCU about secondary side power supply faults and IGBT over-current conditions.

The IXIDM1403 power block is designed to provide up to 2 W of power and features a start-up mode and a run mode. In the start-up mode, the converter operates from the internal oscillator and activates only a portion of the power switches to reduce the dynamic current consumption/power dissipation. After start-up, the converter activates all the power switches and goes into run mode. The run mode is held off ~1.28 ms. Transmit operation is disabled during start-up mode to minimize current draw in the secondary side. After run mode begins, it continues until a restart occurs, which returns the power block to start-up mode.

Each of the IXIDM1403 IGBT drivers also contains an over-current (OC) comparator with a 300 mV threshold with respect to the COMMON pin. Over-current protection can be implemented either by using a low-value current sense resistor, an IGBT with a secondary current sense output, or utilizing a desaturation event. If an over-current fault occurs, the driver’s output is forced low for the remainder of the cycle. Normal operation resumes at the beginning of the next PWM gate drive cycle.

A noise filter at the current sense input may be required due to low sense voltage. The OC comparator has an internal 100 pF capacitor connected in parallel to the input; therefore, only a serial resistor can be added to create such a filter. To prevent false tripping, the OC comparator’s input is grounded during the off time of the IGBT and remains grounded for 3.5 µs immediately after the IGBT turns on. When an over-current event occurs, the Output Faults Pulse Generator creates a narrow 200 ns pulse that is used by the Fault Control Logic to communicate the fault condition to the MCU.

Figure 1 shows an example of an application where IXIDM140 is used to operate IXYS’s phase leg IGBT module MIXA225PF1200TSF.

Powered from a single polarity 15 V power supply, IXIDM1403 operates two 1200 V IGBT devices with a maximum collector current of 360 A. This design allows the MCU to alert customers about under– or over-voltage conditions on the primary and secondary sides, and overload conditions when the IGBT goes into desaturation mode. The MCU can be powered from this module and does not require a separate power source. If a user prefers to drive the MCU from an external power source, this can also be accomplished. Additionally, internal IXIDM1403 logic can be powered from the same external source, minimizing power consumption from the 15 V power supply. 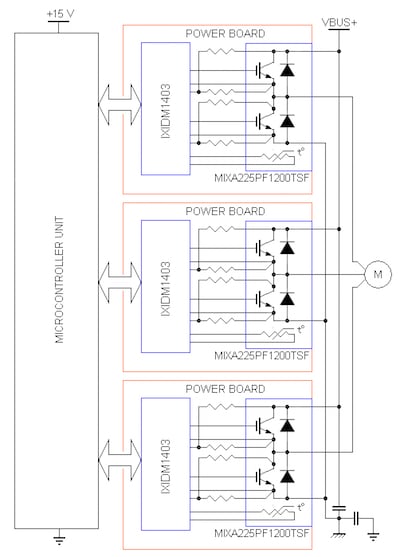 Figure 2. A typical application circuit of a three-phase motor driver. 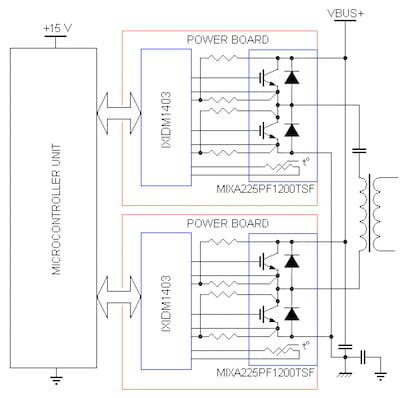 Figure 3. A typical application circuit of a full-bridge inverter.

Figure 4 and 5 display typical IXIDM1403 performance with the MIXA225PF1200TSF module as a load. 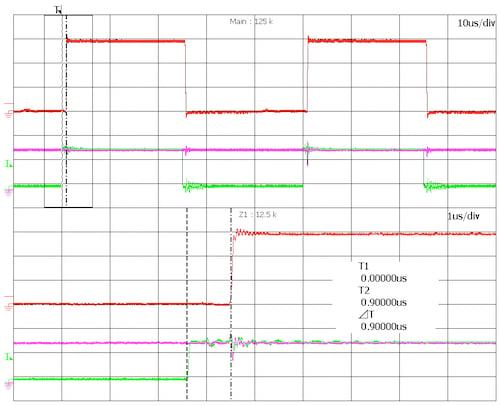 Figure 4. MIXA225PF1200TSF operating in complementary mode with a single signal source at IXIDM1403 Channel A and Channel B permanently enabled.

Note: The lower portion of Figure 4 is magnified 10 times the upper portion. 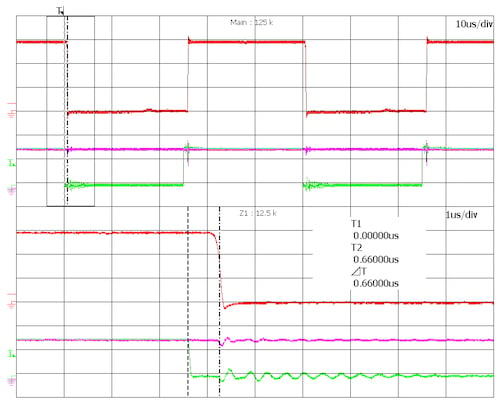 Figure 5. MIXA225PF1200TSF operating in complementary mode with a single signal source at IXIDM1403 Channel A and Channel B permanently enabled.

Note: The lower portion of Figure 5 is magnified 10 times the upper portion.

Abdus Sattar works as the Director of Engineering at IXYS Corporation. He is responsible for leading the vision to drive product roadmap, product planning, new product development, and solve complex customer issues with strategic tradeoffs between cost, features, and performance; align priorities with corporate objectives while optimizing resources by balancing large-scale projects with cross-functional resources to meet deadlines; and act as a strategic innovation leader to CEO and CTO and deployed product line strategy to bring new ideas for evaluation and potential rollout and implementation. He is a graduate of Bachelor's and Master's degree in Electrical Engineering at Rajshahi University of Engineering & Technology and South Dakota State University respectively. He then earned his PhD in Electrical Engineering at Santa Clara University, California, USA.