Electrical Shock and its Effects

Electrical Shock and its Effects

Anyone working on electrical equipment should have respect for all voltages, have knowledge of the principles of electricity, and follow safe work procedures.

Table 1. Electrical shock results in any time a body becomes part of an electrical circuit.

**effects vary depending on time, path, amount of exposure, and condition of the body

Prevention is the best medicine for electrical shock. Anyone working on electrical equipment should have respect for all voltages, have knowledge of the principles of electricity, and follow safe work procedures. All technicians should be encouraged to take a basic course in cardiopulmonary resuscitation (CPR), so they can aid a coworker in emergency situations.

If a person is receiving an electrical shock, power should be removed as quickly as possible. If power cannot be removed quickly, the victim must be removed from contact with live parts. Action must be taken quickly and cautiously. Delay may be fatal. Individuals must also avoid being a casualty while attempting to rescue another person. If the equipment circuit disconnect switch is nearby and can be operated safely, shut OFF the power. Excessive time should not be spent searching for the circuit disconnect. In order to remove the energized part, insulated protective equipment such as a hot stick, rubber gloves, blankets, wood poles, plastic pipes, etc., can be used if such items are accessible.

After the victim is freed from the electrical hazard, help should be called, and first aid (CPR, etc.) begun as needed. The injured individual should not be transported unless there is no other option and the injuries require immediate professional attention.

Grounding is the connection of portions of the distribution system to earth in order to establish a common electrical reference and a low impedance fault path to facilitate the operation of overcurrent protective devices. Grounding provides an electrically conductive path designed and intended to carry current under fault conditions from the point of a fault on a wiring system to the electrical supply source. Grounding facilitates the operation of overcurrent protection devices.

The non-current-carrying metal parts of a transformer installation are required by the NEC® to be effectively grounded. Conductive materials enclosing conductors or equipment are grounded to prevent a voltage or difference of potential on these materials. Circuits and enclosures are grounded to allow overcurrent devices to operate in the event of insulation damage or ground faults.

The electrical distribution system is grounded by connecting it to a metal underground water pipe, a building's metal frame, a concrete-encased electrode, or a ground ring. To prevent problems, a grounding path must be as short as possible and of sufficient ampacity, never be fused or switched, be a permanent part of the electrical circuit, and be continuous and uninterrupted from the electrical circuit to the ground.

A ground fault circuit interrupter (GFCI) detects an imbalance of current in the normal conductor routes and opens the circuit to safeguard against electrical shock. A GFCI opens the circuit when the current in two conductors of an electrical circuit differ by more than 5 mA. A GFCI is designed to trip quick enough (1/40 of a second) to avoid electrocution (1/4 of a second).

A potentially dangerous ground fault is any quantity of current above the level that might cause a harmful shock. Any current more than 8 mA is regarded as potentially harmful -- depending on the path the current follows, the physical state of an individual receiving the shock, and the length of time the individual is exposed to the shock. GFCIs are therefore necessary for places like homes, hotels, resorts, industrial sites, receptacles around swimming pools, and other places where a person may encounter a ground fault.

Plug-in GFCIs protect against ground faults for devices that are plugged into them. These plug-in devices are frequently used by personnel working with power tools in areas without GFCI receptacles.

Portable GFCIs are designed to be easily moved from one location to another (see Figure 2). Portable GFCIs commonly contain more than one receptacle outlet protected by an electronic circuit module. Portable GFCIs should be inspected and tested before each use. GFCIs have a built-in test circuit to ensure that the ground fault protection is operational. 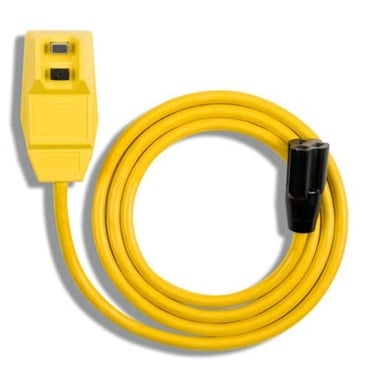 Figure 2. A portable GFCI can be used on a job site to protect workers. Image Courtesy of Cable Organizer

A ground fault circuit interrupter (GFCI) safeguards against the most common type of electrical shock hazard, the ground fault. Line-to-line contact hazards, such as a technician holding two hot wires in each hand, are not protected by GFCIs. GFCI protection is mandatory in addition to NFPA grounding requirements.