Quantum Mechanics may lead to an Instantaneously Charging Battery

Quantum Mechanics may lead to an Instantaneously Charging Battery

The University of Adelaide’s newest Ramsay Fellow, Dr James Quach, will harness the unique properties of quantum mechanics with the aim of building the world’s first quantum battery, a new super battery with the potential for instantaneous charging.

Once built, the quantum battery could replace conventional batteries used in small electronic devices. Eventually it is hoped larger quantum batteries could provide opportunities for the renewable energy sector.

Dr Quach, who is an expert in quantum physics, has joined the University of Adelaide’s School of Physical Sciences for four years under a Ramsay Fellowship. He will be working within the Precision Measurement Group in the University’s Institute for Photonics & Advanced Sensing (IPAS).

The Ramsay Fellowship was established in 2008 with a bequest by the Ramsay family, founders of the Kiwi Polish Company (later Kiwi International), to reduce the brain drain from our shores and advance scientific research.

Dr Quach says that unlike ordinary batteries, which take the same amount of time to charge no matter how many you have, the theory is that quantum batteries would charge faster the more you have of them. 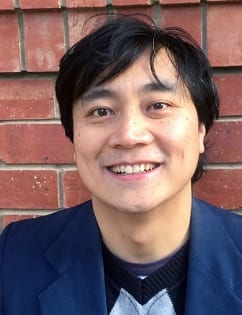 “If one quantum battery takes one hour to charge, then two would take 30 minutes, three would take 20 minutes, and so on. If you had 10 thousand batteries, they would all charge in less than a second,” says Dr Quach.

Although it seems counterintuitive, this is possible thanks to a feature of quantum mechanics known as entanglement.

“Quantum mechanics deals with interactions at the very smallest of scales, at the levels of atoms and molecules – at this level you get very special properties that violate the conventional laws of physics,” says Dr Quach.

“One of those properties is ‘entanglement’. When two objects are entangled it means that their individual properties are always shared – they somehow lose their sense of individuality.

“It’s because of entanglement that it becomes possible to speed up the battery charging process,” he says.

The idea for a quantum battery was first discussed in a 2013 research paper. Since then there have been other papers on the subject, but Dr Quach says he will “take the theory from the blackboard to the lab”.

“Entanglement is incredibly delicate, it requires very specific conditions – low temperatures and an isolated system – and when those conditions change the entanglement disappears,” he says.

“With the support of the academic community in Adelaide, interstate and globally, I aim to extend the theory of the quantum battery, construct a lab conducive to the conditions needed for entanglement, and then build the first quantum battery.”

This revolutionary battery could be used in small electronic devices such as a watch, phone, iPad or computer or any other product that relies on stored energy.

“The long-term aim is to scale up, to build bigger batteries which will support renewable energy technologies by making it possible for continuous energy supply no matter the weather conditions – rain, hail or shine,” Dr Quach says.

The Ramsay Fellowships are open to Australian citizens with a PhD or equivalent qualification in the natural sciences, with preference given to applicants aged 35 years and under.