Panasonic creates a trial manufacturing facility with a renewable energy-powered system that has the potential for large-scale commercialization.

Panasonic Holdings Corporation (Panasonic) announced the conversion of its Kusatsu manufacturing plant into a trial manufacturing facility in May. The facility will be used to test the viability of running a manufacturing facility powered entirely by renewable energy. This is a world first, but not the last move that Panasonic will be making for the green energy movement. The company intends to apply the renewable energy-powered system to its factories and later commercialize and launch the system in 2023. This endeavor will be facilitated by cross-collaboration between governments, industry associations, and other invested companies.

The power grid is currently reliant on centralized power plants for power generation. This means that it relies on a small number of large-scale coal, natural gas, nuclear, or renewable power plants to meet the energy demands of the entire population.

The disadvantage of a centralized power plant is that it relies on a single source of fuel, which can lead to supply shortages during adverse weather conditions or climate change. Another disadvantage is that if the central station suffers from any kind of damage, there will be no energy production until the facility has been repaired and restored.

A decentralized power generation system relies on many smaller sources for electricity generation like wind turbines or solar panels and their output varies depending on their location to the consumer. Such plants can be off-grid or integrated into the grid. This type of power plant usually includes a generator and some storage batteries that are connected to the load. Decentralized power plants can be used in places where it is difficult to access the grid, like remote areas or disaster zones. They can also be used to reduce the risk of outages due to storm damage by providing backup power during storms.

The Future of Clean Power

A trial manufacturing facility is being constructed at Panasonic’s Kusatsu manufacturing plant in Japan’s Shiga Prefecture to verify locally-produced, clean energy’s technical and commercial viability. The Kusatsu facility will combine solar panels with 99 of the latest-generation compact hydrogen fuel cells and lithium-ion (Li) storage batteries to generate and store power. Solar panels would be mounted on the facility’s roof when production is in full swing. The solar panels and hydrogen fuel cells generate a maximum of 570 KW and 495 KW of electricity, respectively.

The Li storage batteries can store and provide about 1.1 MWh of surplus power on demand. The three sources of power work together to ensure a stable power supply irrespective of changes in local weather conditions. The power system solution is modular to allow for expansion. The solar panels and the fuel cells can be added when required to achieve the desired system scale.

Panasonic is using a proprietary energy management system to monitor energy demand and help predict the trajectory of solar power generation based on weather forecast data. This allows for the generation of the right amount of electricity from each power source. If maintenance is required, fuel cells do not have to be taken off-line to be repaired. 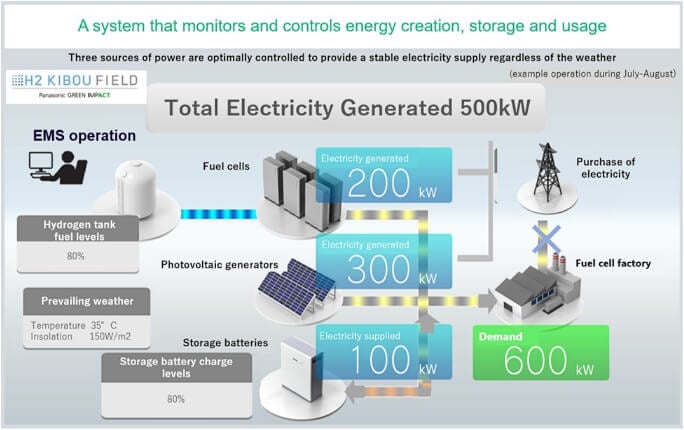 Figure 2. Panasonic is using a proprietary energy management system for operations at its Kusatsu site. Image used courtesy of Panasonic

In addition to Panasonic’s new Kusatsu facility and plans for commercialization, the company is involved in other sustainability-focused projects. Panasonic is deploying its clean energy solutions in Japan’s three “Sustainable Smart Towns” (Fujisawa SST, Tsunashima SST, and Suita SST). The company is also supplying hydrogen-sourced energy to projects like the Harumi Flag urban complex, a “hydrogen smart town” in Tokyo. The town was built to provide housing for athletes and officials attending the Tokyo 2020 Olympic & Paralympic Games.