Chinese electric car startup NIO, which translates to "Blue Sky Coming," has filed for an initial public offering (IPO) with the U.S. Securities and Exchange Commission. That filing follows on the signing of a strategic partnership agreement between NIO and Bosch. 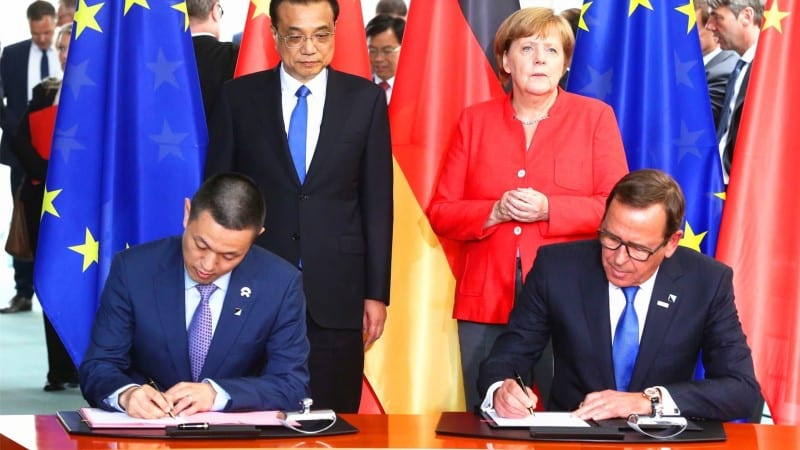 NIO began delivering its seven-seater high performance electric SUV, ES8, to its users in China in June. The vehicle contains key components from Bosch, such as driver assistance systems, control units, sensors and the iBooster electromechanical brake booster. The components will be further developed for NIO's future models.

NIO's first car, rolled out in 2016, was the EP9. The EP9 set a world record as the then fastest all-electric car on the track, according to the filing. The company began shipping its second car, the ES8, on June 28, 2018. The ES8 is a 7-seater electric SUV.

"The ES8 is equipped with our proprietary electric powertrain system, which is capable of accelerating from zero to 100 km per hour in 4.4 seconds and delivering a New European Driving Cycle, or NEDC, driving range of up to 355 km and a maximum range of up to 500 km in a single charge.

"The ES8 is the first car in China to have an all-aluminum body and chassis featuring aerospace grade 7003 series aluminum alloy, enabling a torsional stiffness of 44,140 Nm/Deg, and also features the highest amount of aluminum for any mass production car yet.

"Together with the launch of the ES8 in 2017, we launched our NIO Pilot system which we expect to be activated on our ES8 in the near future. Our NIO Pilot advanced driver assistance system, or ADAS, with comprehensive enhanced Level 2 autonomous driving features, is enabled by 23 sensors, including a trifocal front-facing camera, four surround exterior cameras, five millimeter-wave radars, 12 ultrasonic sensors and a driver monitor camera. The ES8 comes equipped with the Mobileye EyeQ4 ADAS chip which has a computation capacity eight-times more powerful than its predecessor, the Mobileye EyeQ3."

The company plans to launch another electric vehicle, the ES6, by the end of 2018. The ES6 is a 5-seater and set at a lower price point than the ES8.

"The ES8 has a base price of RMB448,000 (US$65,116) before subsidies," according to the IPO filing. "The ES6 is being developed based on the same advanced electric vehicle platform as the ES8. The ES6 will be smaller and more affordable than the ES8, with pricing expected to be approximately RMB80,000 to RMB100,000 less than the ES8. We believe that the ES6 will allow us to target a broader market in the premium SUV segment."

Bosch has been present in China since 1909 and is active in all of its business sectors today. In the Mobility Solutions sector, the supplier of technology and services works together with international and local manufacturers as well as startups in China. Today, Bosch employs more than 60,000 associates at 60 locations in China and achieved sales of 14.9 billion euros on the Chinese market in 2017 - a double-digit growth year on year.

Bosch focuses on strong localization in China. In addition to local partnerships, the focus is on local manufacturing, research and development for the Chinese market. In total, Bosch has invested more than 4.8 billion euros in its Chinese locations over the past ten years - in 2017 alone, the sum was almost 840 million euros.

In Wuxi, the company has begun construction of a new mobility solutions facility, which will be the world's first manufacturing facility for 48-volt batteries for electric cars. In November 2018, the first Bosch iBooster manufacturing site in Asia Pacific will be officially inaugurated in Nanjing to fulfill the increasing demand for electrified and autonomous solutions in China.

Also this year, the second phase of the automotive electronics plant in Wujin, Changzhou, will be completed. Additionally, it is planned to open a center for artificial intelligence in China in 2018.