Poor thermal management in battery packs can lead to lower efficiency and a quicker degradation of the cells within the packs. Imperial College London researchers are looking to change that.

The enhancement of battery technology is a topic that is getting the lion’s share of attention lately, but are we missing something in our research?

Manufacturers of lithium-ion batteries have always seeked their improvements on two main aspects of design: cutting the cost per cell, and increasing energy density. Researchers at Imperial College London, in the Electrochemical Science and Engineering Group, argue the dire need of a third, the ability of a cell to dissipate heat.

Poor thermal management in battery packs can lead to lower efficiency and a quicker degradation of the cells within the packs. While battery designers know that this is a very important aspect to consider during battery pack design, there is currently no uniform way for designers to decide which cells will be used in their packs based on their thermal characteristics. This makes it much more difficult for people to make an informed and optimum decision for which cooling method is best for their battery pack. 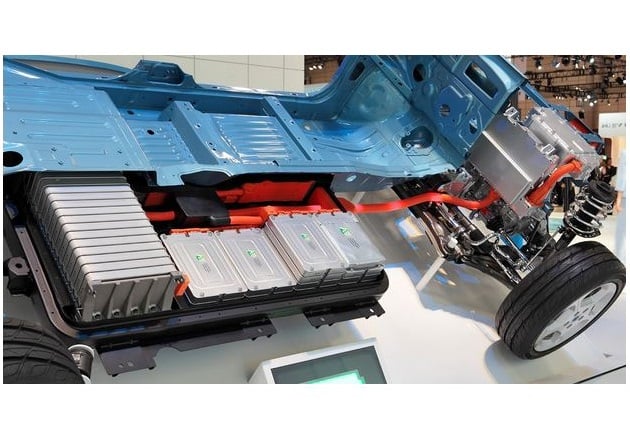 The battery packs in a Nissan EV. Image courtesy of Tennen-Gas (CC BY-SA 3.0)

These methods of cooling for battery packs according to Imperial are outlined below:

While these methods are effective, the researchers are quoted in Nature stating that these make battery packs very heavy, inefficient and expensive. These can be relieved if designers have a way to see the cell’s ability to dissipate heat. This is why the researchers of Imperial have created a new metric that measures this characteristic in watts per kelvin (W/K).

Imperial explains that this metric is determined by dividing the rate of heat loss of a cell with the temperature gradient of it. The higher this metric is, the more effective the cell is at thermal management, as it dissipates heat better with a more even temperature across all the layers of the battery.

The test is estimated to add only two hours of time for designers. Early tests have been done on some EV battery packs, showing that large pouch cells are very effective in thermal management, as the Nissan LEAF’s battery pack came close to 5W/K, while small cylindrical cells like the Tesla Model 3 have shown coefficients lower than 0.5W/K.

Imperial is now urging manufacturers to provide this information in their specification sheets as battery technology continues to become more integral in the technology of the future. With this metric being put into use, designers can have the opportunity to choose cells that will most effectively manage their own thermal issues on their own, minimizing the cooling system required and reducing cost, weight and complexity.