The contract for the new technology was awarded to Cosworth Electronics, which subcontracted it to Delta Motorsport. The battery pack and associated electronics developed by Delta Motorsport will also feature Vicor DC-DC converter power modules. 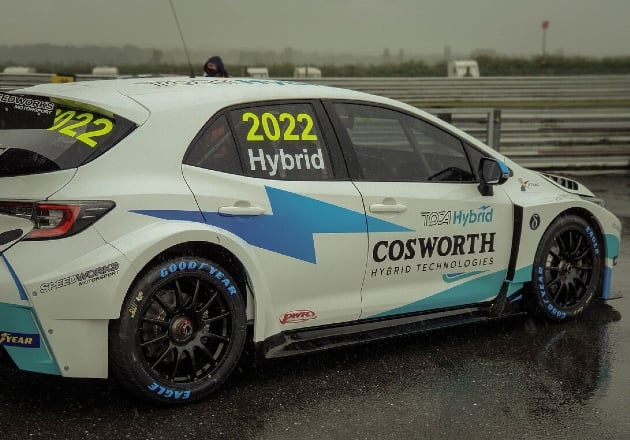 The battery’s management system behind the new hybrid technology supports both data logging and diagnostics, in order to log the DC-DC converter’s performance. This way, the system can check fault status as well as providing feedback on the exact amount of current being delivered on individual vehicles.

Vicor’s converter power modules are well suited to be installed in the new power delivery network thanks to their low profile and small footprint.

In fact, the four DCM3623 isolated, regulated DC‑DC converter ChiP power modules can deliver a regulated 13.8V output from the battery pack with current levels up to 92 amps.Commenting on the news, Vicor said that initial battery pack tests showed no de-rating necessary and no voltage sags.

Vicor also supported Delta Motosport in building the new system with the addition of a PI3105, a 60W isolated converter for an uninterruptible power supply (UPS). The component supplies power to the battery pack electronics to maintain the safety systems when isolated from the vehicle power supply. It is also responsible for allowing the electronics to be powered independently of the vehicle and enabling remote connection for systems checks.

The inverter-motor combination is powered by the battery pack, which in turn accepts regenerated power from it. At the same time, the high-power-density converter solution is responsible for powering all the car’s electrical circuits and devices. 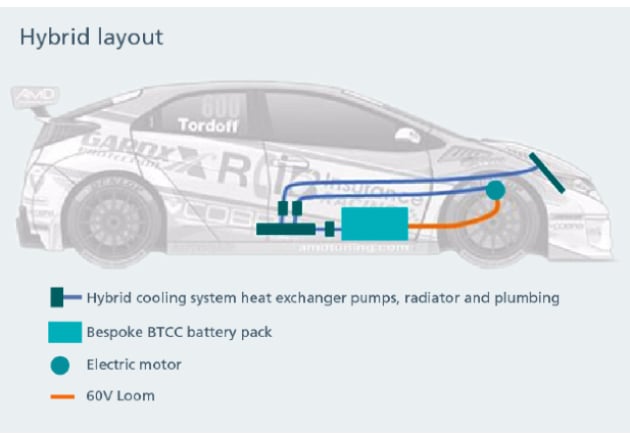 Because of the high level of power density and power management generated by this architecture, the alternator system can be removed, substantially reducing the vehicle’s weight while improving its performance and reliability.

The system’s modular power delivery network (PDN) also incorporates the 48VDC power source that is fed to four DC-DC converters connected in parallel, for a total of 13.8V power at up to 92 amps.

In the new “Tactical Boost” architecture, the motor is responsible for driving the vehicle in pure-EV mode (excluding the Internal Combustion Engine) during its initial, speed-limited journey down the pit lane. After that, the vehicle goes in mild-hybrid mode (with the ICE) once a performance boost is needed.

The BTCC first took place in 1958 and has since seen more than thirty highly-engineered road cars battling every year for supremacy.

Organized by TOCA, the event has been discussing the possibility of allowing electric vehicles into the race as early as 2018. Now, the BTCC has openly specified that an electric motor can be used tactically by drivers to boost performance and enhance vehicle acceleration.

While 2022 is still relatively far away, the new regulations will enable various participants to work on hybrid technologies for the event, making the British Touring Car Championship 2022 an interesting one to follow.