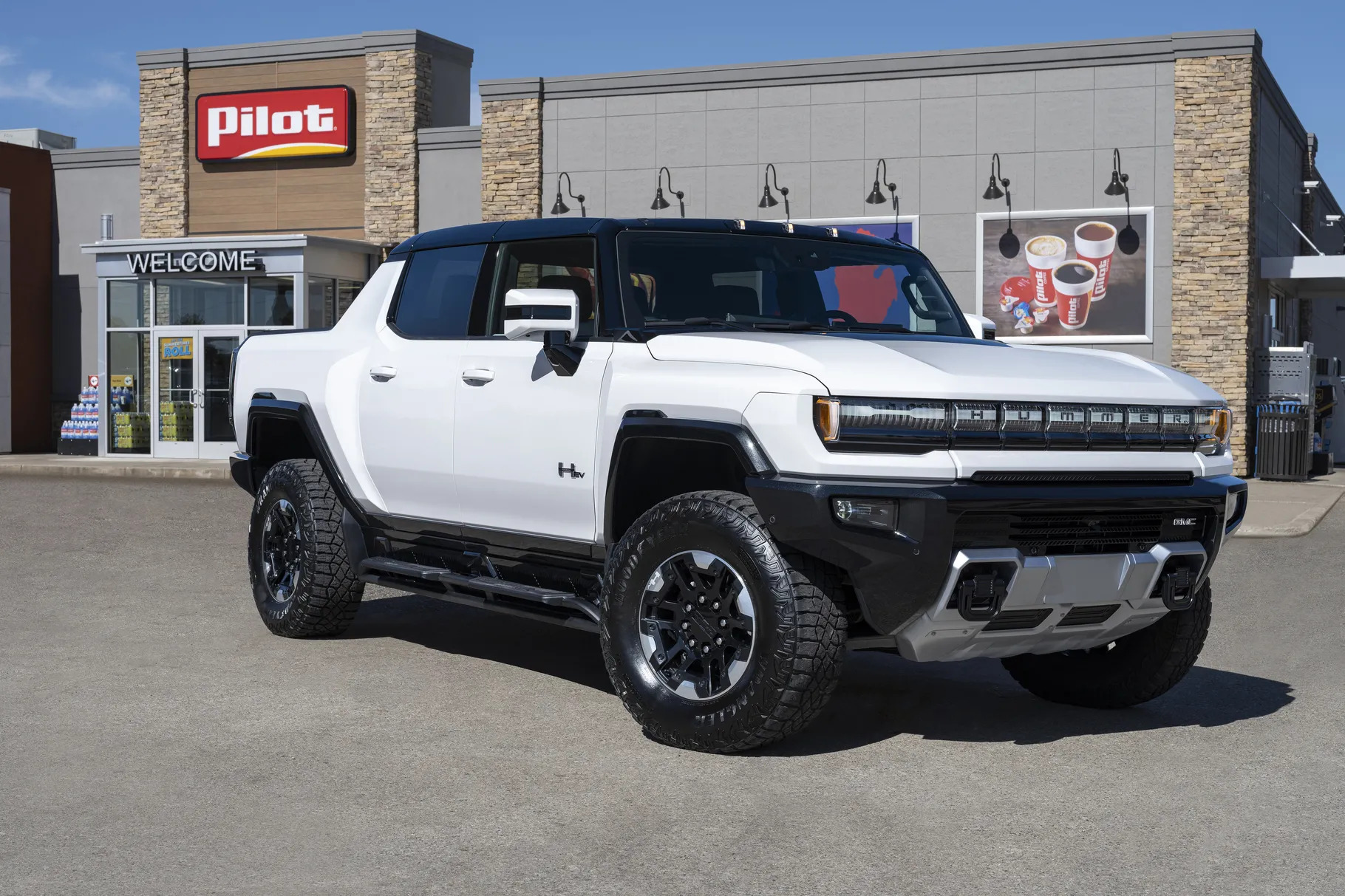 According to GM, many charging sites will feature canopies for shade and shelter and a pull-through design for pickup trucks and trailer-hauling SUVs; any EV brand will be able to access the 350 kW DC fast chargers. Pilot Flying J customers will also receive exclusive discounts, reservations and integration in GM’s Plug and Charge mobile app.

The network will be installed and operated by EVgo, with more than 850 fast-charging stations in 30 states and 60 metros.

GM is working with EVgo to build a network of 3,250 charging stalls in metro areas by 2025 and separately plans to install up to 40,000 chargers across local dealers. 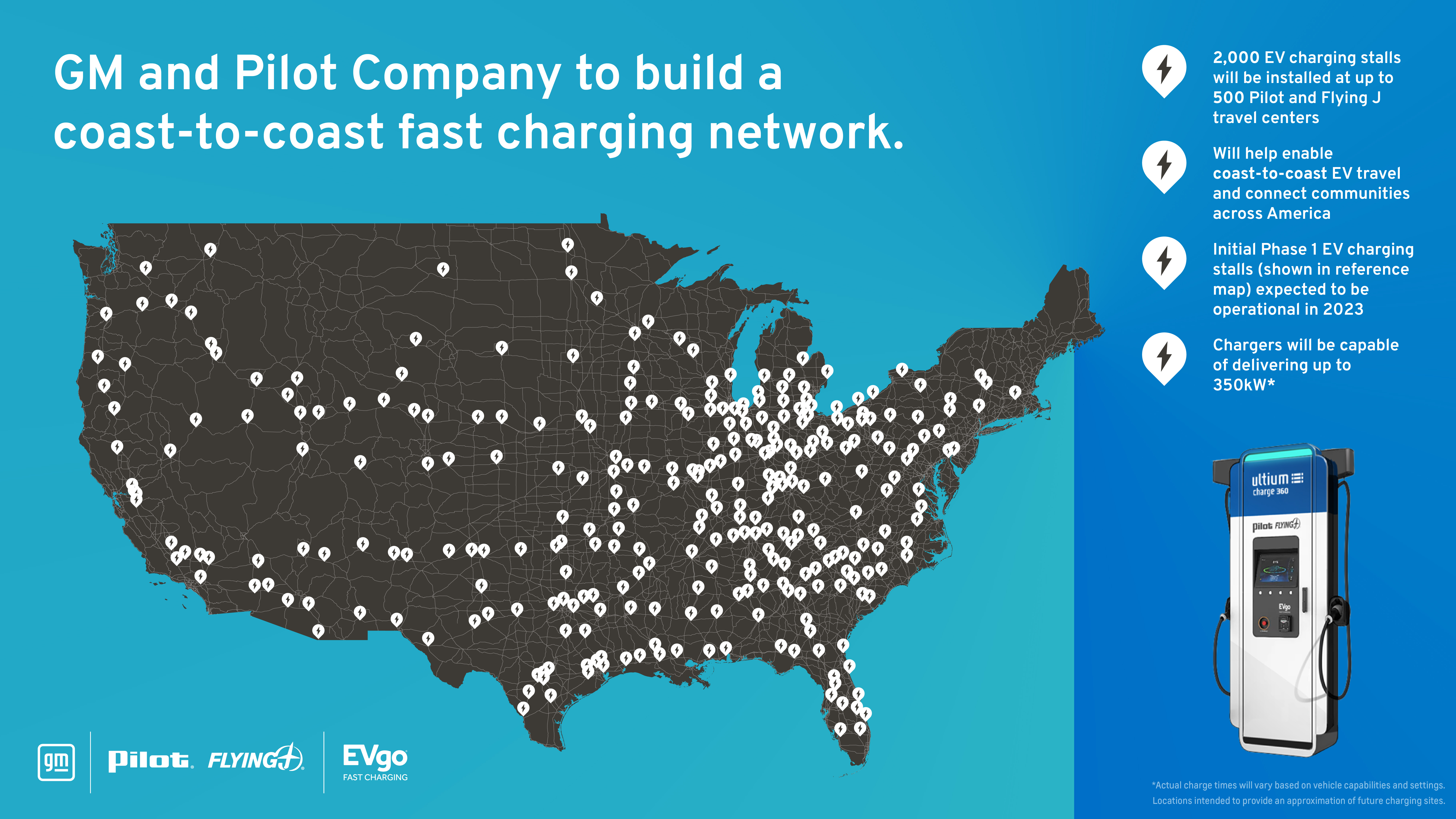 By 2025, GM plans to launch 30 EVs globally and add enough manufacturing capacity for over 1 million EV units in North America. It is investing billions in getting there, including a recent $7 billion sum on four manufacturing facilities in Michigan—the largest investment of its kind in the company’s history.

Though GM has been slow to catch up with the EV market compared to competitors such as Ford and Toyota, it still launched several EV models across its flagship Chevrolet, GMC and Cadillac lineups over the last few years, including the popular Cadillac LYRIQ and Chevrolet Silverado and Equinox–branded EVs. GM launched its Ultium battery cell platform in 2020 and delivered its first GMC Hummer EVs and BrightDrop EV600 cargo vans last year.

According to its most recent earnings release, GM sold over 7,300 EV units in the second quarter and plans to gradually increase production of its Cadillac LYRIQ and GMC Hummer EV models throughout the rest of the year. Ultium Cells LLC, GM’s battery joint venture with LG Energy Solution, will begin producing cells in Ohio this August, further supporting its manufacturing expansion.

Needing more charging infrastructure to keep pace with its expected sales growth, GM partnered with EVgo two years ago to add 2,700 fast chargers across the U.S. over five years—an amount tripling the size of EVgo’s existing network at the time. EVgo, a Los Angeles-based company that went public last year through a $2.6 billion special-purpose acquisition company deal, provides charging stations for GM’s EV fleets and other major carmakers, such as Tesla, Nissan, Subaru, and Toyota. 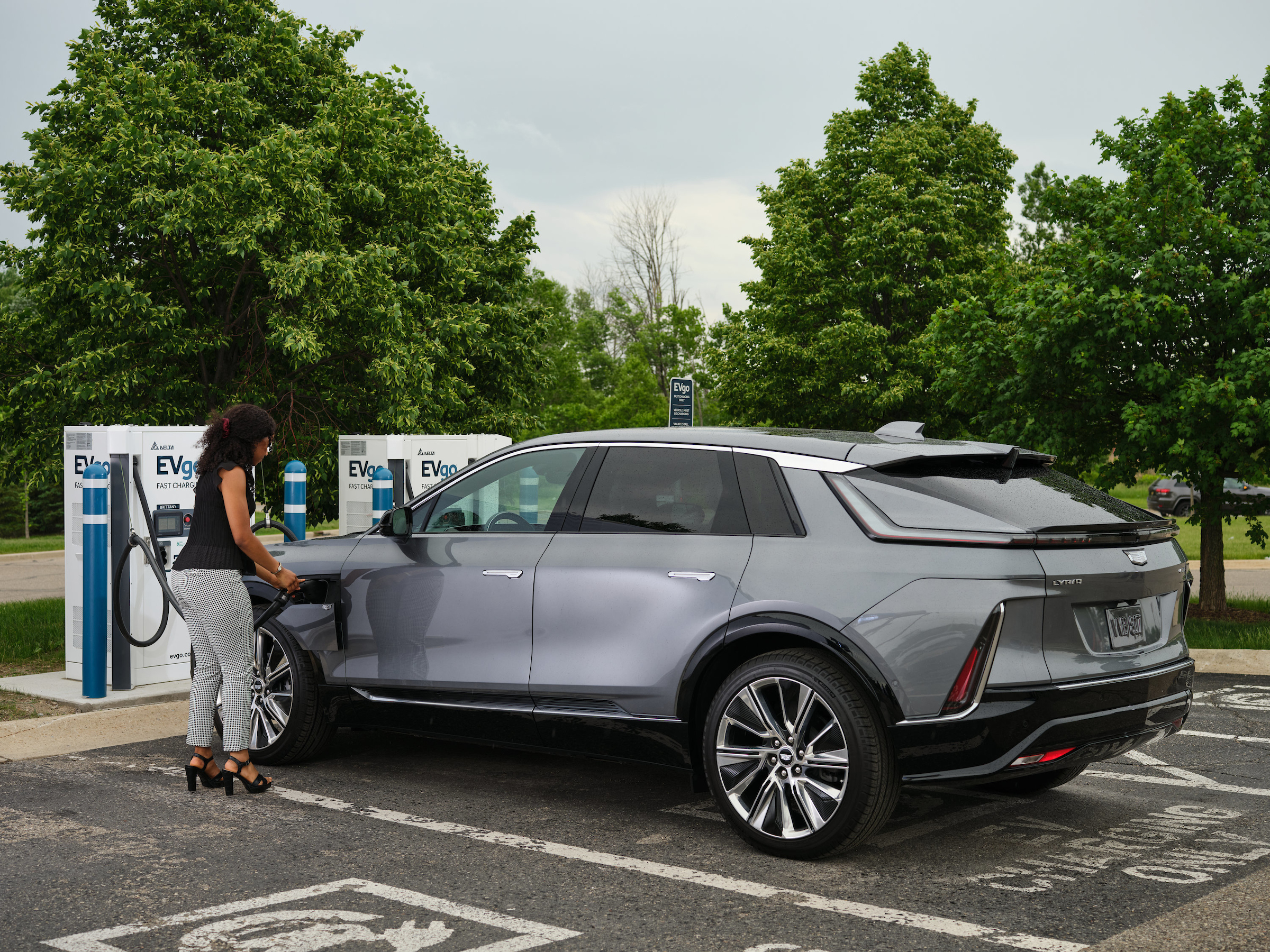 A Cadillac LYRIQ charging at an EVgo fast-charging station. Image used courtesy of EVgo and GM

After EVgo and GM launched their first fast-charging stations in California, Florida, and Washington in early 2021, the pair later upped their target to 3,250 fast chargers by 2025 and widened the target footprint from 40 metro markets to 52.

Need for More Charging Infrastructure in the US

The U.S.’s lack of charging infrastructure is a clear barrier to mainstream EV adoption, as the country currently has more EVs on the road (over 2 million to date) than public charging points. In 2021, that shortfall amounted to about 18 vehicles per access point, according to a recent report from the International Energy Agency (IEA).

Through the Bipartisan Infrastructure Law, the federal government has earmarked $7.5 billion to build a network of over 500,000 EV chargers nationwide, including $4.7 billion for state formula grants and $2.5 billion for competitive grants. 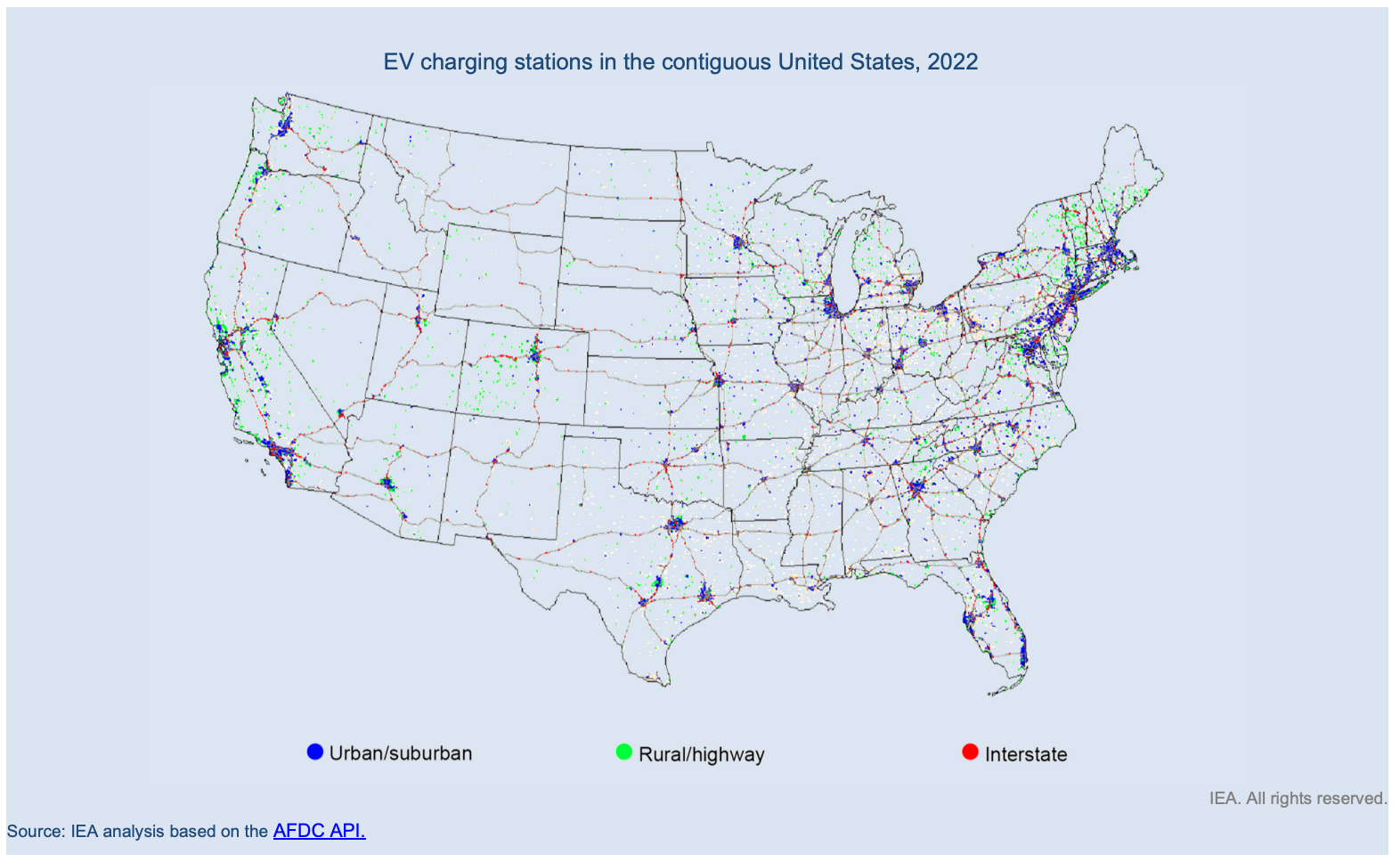 The U.S. had just one public charging access point per 18 vehicles in 2021. Image used courtesy of the IEA

The Department of Energy's Alternative Fuels Data Center currently counts about 50,000 Level 1, Level 2 and DC fast-charging sites across the U.S., including connectors for Tesla, J1772, Combined Charging System and CHAdeMO (for Nissan Leaf and Mitsubishi Outlander PHEV models). Only about 8% of the population lives more than ~6 miles from a public charging station, according to the IEA, but reducing that figure to zero would require building over 5,000 new stations.