XP Power’s HDL3000-HV series of power supplies are fan-cooled devices featuring voltage and current outputs that are both programmable over a 0-105% range. 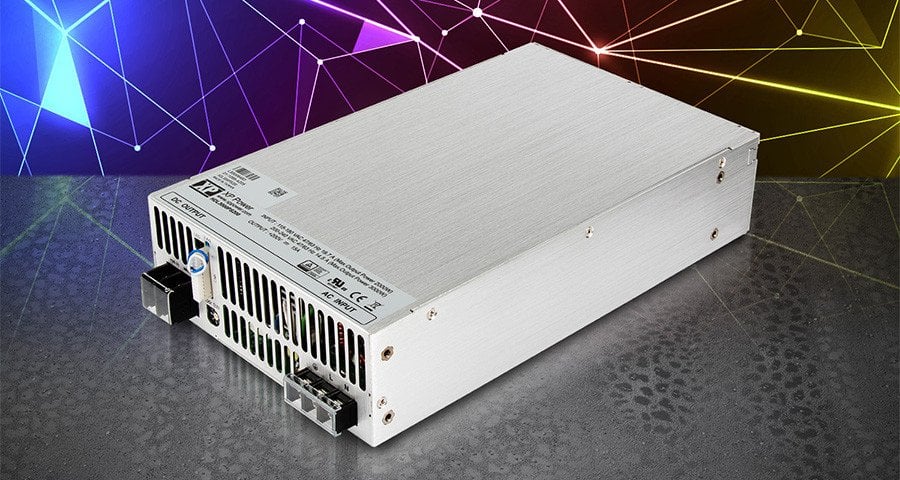 The main output can be trimmed ±5% via potentiometer. In addition to their single main outputs, each member of the series features a standby output, user selectable at either 9V at 0.3A or 5V at 0.5A.

The devices can deliver full 3kW outputs when operating from 180VAC to 264VAC (high line).

When operating from 90VAC to 180VAC (low line), maximum output is restricted to 2kW. With an optimal 230VAC input, efficiency is 92% at full load.

The Five Members of the HDL300-HV Series are:

In the above table, efficiency is measured at full load with a 230VAC input

The outputs of the HDL3000-HV series can be controlled via I2C, RS485, or RS232 interfaces. Analog means, through voltage or resistance, can also be employed. The power supplies can be turned on or off remotely, and there is a LED indicator that provides a visual indication of:

A full description can be found at the datasheet

Through its constant current and constant voltage capabilities, the HDL3000-HV series is applicable to high voltage applications including:

Members of the series are: