In Sweden, researchers from Chalmers University of Technology believe that they have found a way to effectively cool electronics and power systems by using graphene-based heat pipes. The study was conducted by Chalmers researchers along with collaborators from Fudan University, Shanghai University, China, SHT Smart High-Tech AB, Sweden, and Marche Polytechnic University, Italy. Findings from the research were recently published in the journal Nano Select. A depiction of the structure of the graphene-enhanced heat pipe. Image used courtesy of Chalmers University of Technology

As data centers become larger and electronic devices become more powerful, the challenge of how to best manage heat becomes very important. When devices overheat they can exhibit a reduced performance and even fail prematurely. Large data centers that handle video streaming services or digital bank services are known to consume a great deal of energy. Some say that in this way, they produce a bigger environmental footprint than the aviation industry. This is why such devices and data centers need to be cooled down effectively. Another benefit of more efficient cooling on top of improved performance is the extension of the lifespan of electronics and power systems. This is where graphene-enhanced heat pipes could offer a solution.

Today, heat pipes used for cooling are made of materials such as aluminum copper, and their alloys. Although these metals are a good choice in terms of mechanical strength and thermal conductivity, they are quite heavy and not well suited for the development of portable and terrestrial electronics.

Efforts have been made to lighten heat pipes by using light metals, alloys, or carbon fiber impregnated with epoxy with thin aluminum shells or metal/matrix composites. Though proving to be lighter, issues have arisen including corrosion and low thermal conductivity, and increased thermal resistance. 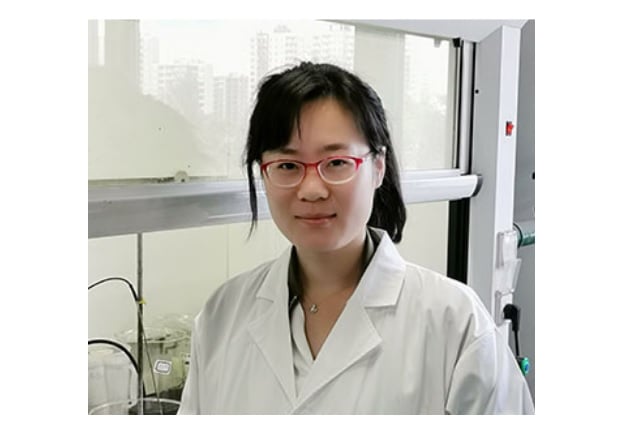 Ph.D. student Ya Liu pictured in a Laboratory at Chalmers. Image used courtesy of Chalmers University of Technology

Chalmers scientists and collaborators turned toward graphene as a new candidate for creating an effective heat-pipe. In addition to showing good stability, graphene is lightweight and displays a superior in-plane thermal conductivity that has been observed to be better than that of aluminum or copper.

The pipes are made of high thermal conductivity graphene assembled films along with a wick structure and working fluid. The pipes exhibited features that showed the potential to be used in lightweight and large capacity cooling applications such as as hand-sets, automotive, and space electronics. This includes those where high corrosion resistance may be required.

"The cold part of the graphene-enhanced heat pipe can be substituted by a heat sink or a fan to make the cooling even more efficient when applied in a real case," said Ya Liu, Ph.D. Student at the Electronics Materials and Systems Laboratory at Chalmers.

In a recent news release, Professor Johan Liu said: "Heat pipes are one of the most efficient tools for this because of their high efficiency and unique ability to transfer heat over a large distance.” Liu, is a Professor of Electronics Production, at the Department of Microtechnology and Nanoscience at Chalmers.