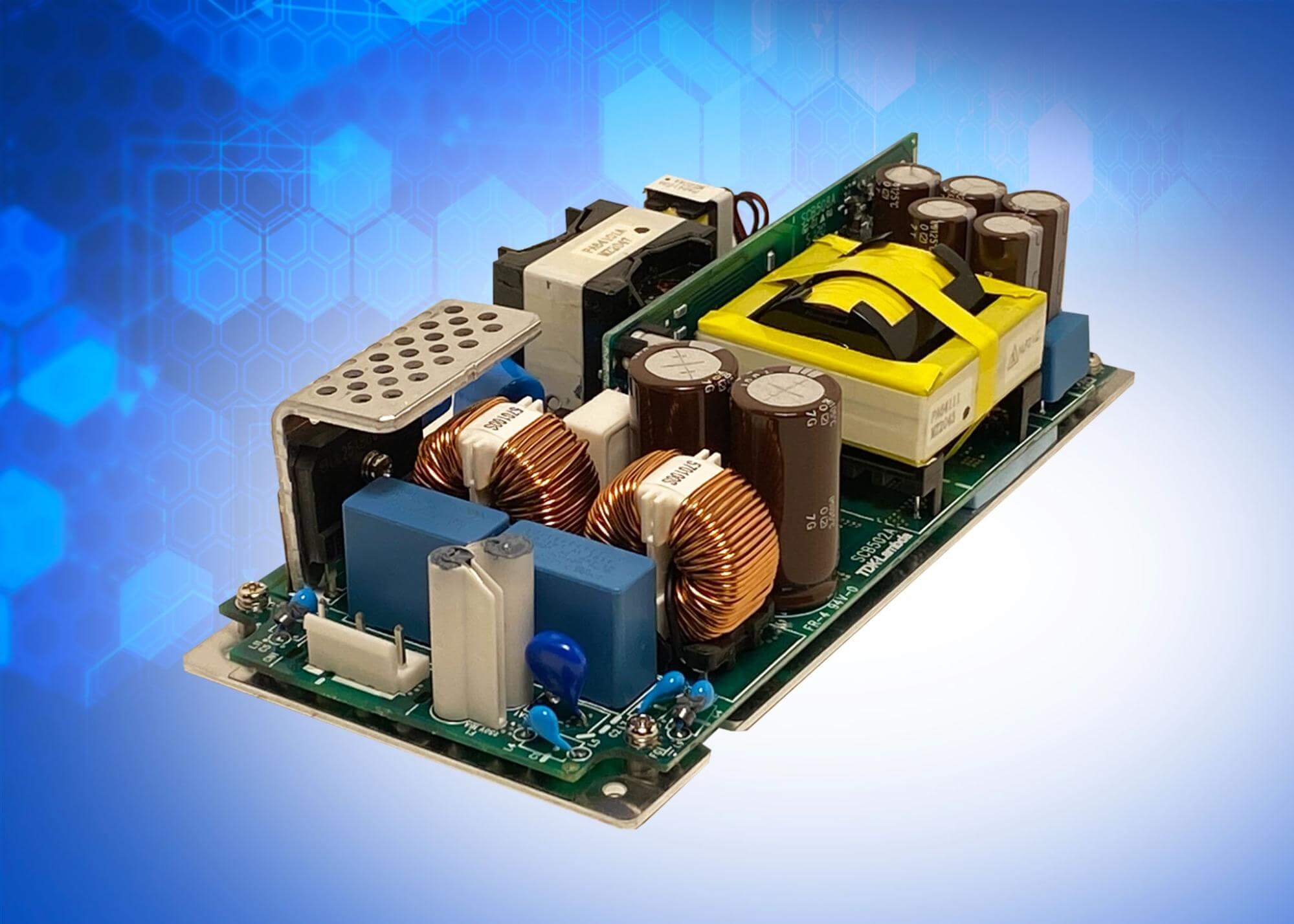 This series of medical power supplies feature a range of medical and industrial safety certificates. They operate over an input range of 85 to 265 VAC, at 47 to 63 Hz. At 230VAC, they deliver a full load operating efficiency of 94%. They can also be supplied by DC power, over a voltage range of 120 to 370 VDC, but TDK cautions that the units aren’t safety certified for DC input.

The Four Models of the Series

There are four members of the CUS350MP series, each offering either 24, 30, 36, or 48 volts. The outputs are adjustable, as illustrated below.

Members of the CUS350MP series need no minimum load for proper operation. Although the units can’t be operated in parallel, it is possible to employ them in series if higher voltages are required.

The units’ two means of protection (2 x MoPP) make them applicable for B and BF-rated medical equipment.

These quiet units can deliver a peak power of 1,000 Watts, making them well-suited applications demanding low noise operation and capable of occasionally supplying high peak power. These can include: