Silanna Semiconductor’s SZ1131 enables no-load power consumption of less than 20mW, even in USB-PD applications, while facilitating lower size and BOM count. The device will serve as the core of USB-PD chargers supplying up to 100 watts. 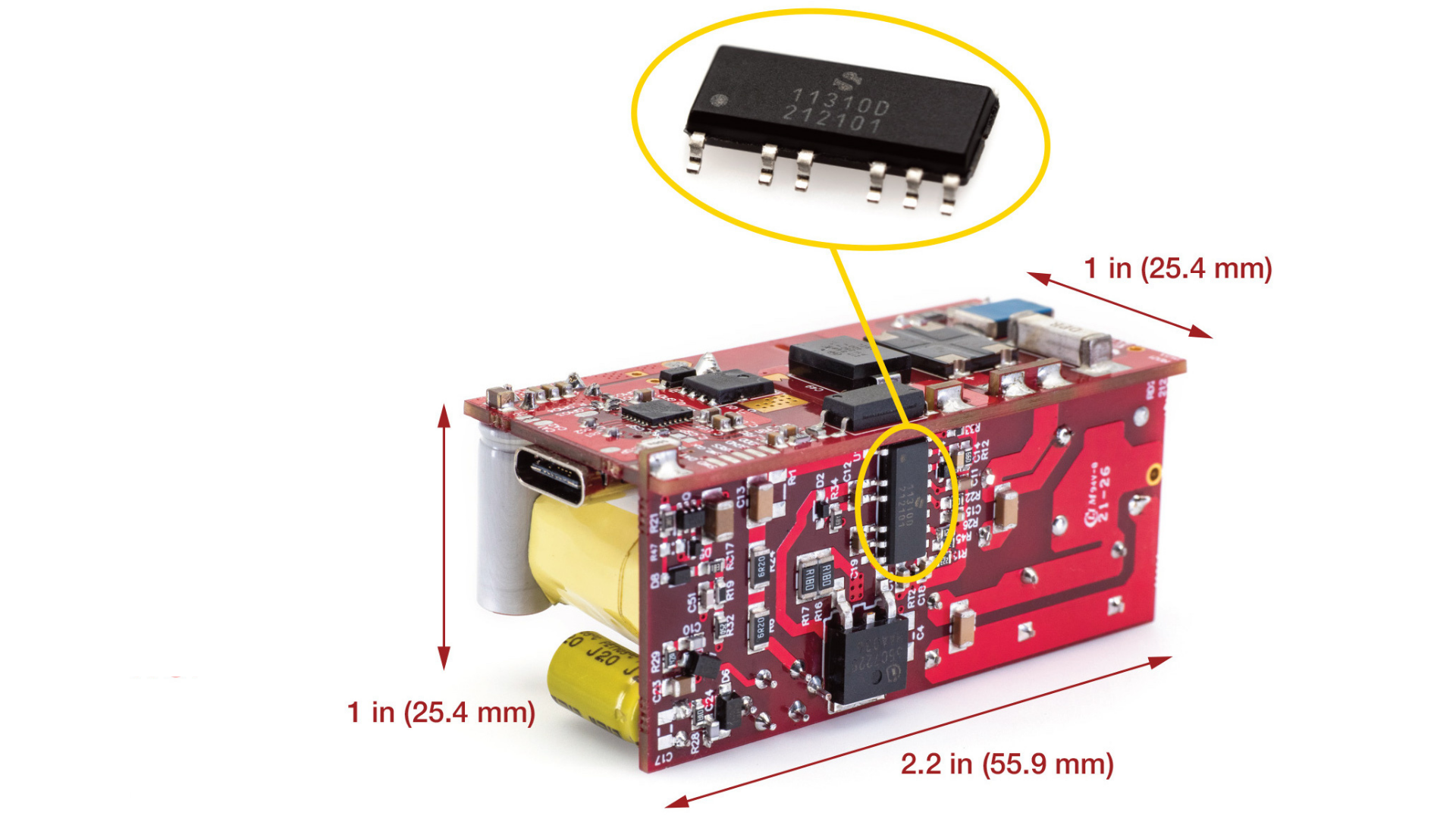 What is an Active Clamp Flyback Converter?

In a classical flyback converter, leakage current from the transformer must be dissipated by a structure called the clamp. But, by controlling the clamp with a FET, that otherwise wasted and destructive current can be stored and, later in the switching cycle, added to the output, eliminating a problem and at the same time increasing output power and overall efficiency. In addition, higher switching frequencies as well as switching at the zero voltage crossing (ZVS) is possible, enabling an additional host of benefits.

The Need for Highly Efficient Chargers

As described by Mark Drucker, Silanna Semiconductor’s CEO describes, “This device sets a new benchmark for integration and further re-enforces Silanna’s commitment to combining performance and sustainability. Chargers for smartphones and laptops are often left plugged in, even if they are only charging for a few hours at a time. By focusing on extending efficiency margins against CoC, DoE and other regulatory requirements and driving down no-load power we allow customers to deliver best-in-industry efficiency under varying line, load and temperature conditions at the same time as minimizing ‘vampire’ power.”

The SZ1131 Offers a High Level of Integration

In addition to the flyback controller itself, the SZ1131 also incorporates an adaptive digital PWM controller, an active clamp gate driver along with an ultra-high-voltage active clamp FET, and a startup regulator.

Through the use of Silanna’s Semiconductor’s OptiMode digital control architecture, the SZ1131 modifies the device’s mode of operation on a cycle-by-cycle basis. Thus, even as the line input changes and the load varies, OEM devices will maintain high efficiency and reduce any EMI.

Adaptive mode selection enables the highest levels of efficiency through the choice of burst mode, valley switching mode or other proprietary modes. And, as the designer would expect, the unit also provides fault protections including OVP, OCP, OPP, OTP, OSCP, TSP, and more.

One example is an all-silicon 65W USB-PD reference design featuring an uncased 30W/inch3 power density. At 90VAC and 230VAC inputs, efficiencies of about 93% and 94% efficiencies are obtained. This design exploits low-cost components, including a conventional RM8 transformer, a 100-volt synchronous rectifier FET and, in the input filer, a single common mode choke.

Silanna’s designs are technology-agnostic, but the company does mention, without surprise, that even higher efficiency and power density can be obtained with GaN primary FETs.