The CSL1501RW is the latest member of ROHM’s PICOLED line. The side-mounted units measure a scant 1.0x0.55mm, t=0.5mm  and draws 20% less current than competing devices. 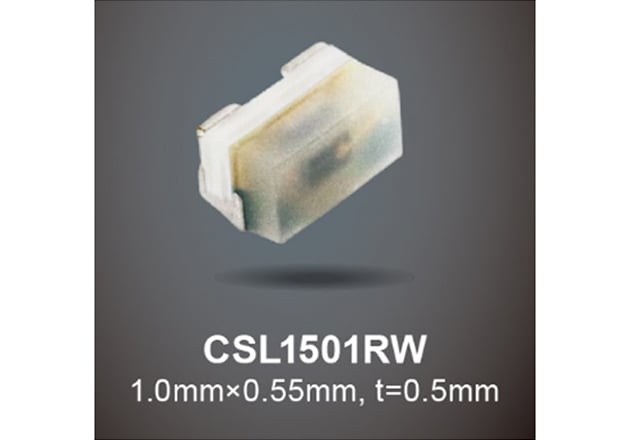 Responding to a Market Need

The new CSL1501RW is proposed for applications in VR/MR/AR (Virtual Reality/Mixed Reality/Augmented Reality). This technology is rapidly being popularized by means of head-mounted displays and headsets for use in widely available gaming systems.

Mixing the real world with calculated simulations is also becoming a fact of life in many industrial, military and commercial situations as well. This has led to the exploitation of mechanisms dependent on accelerometers to detect body movements, and infrared LEDs to pin down the location that the eye is looking, and thereby what part of the real or imaginary scene is being looked at.

Ascertaining Where the Human Eye is Looking

The reader will note that this LED emits light at 860 nm, which is in the infrared (IR) region, beyond the range of human vision. Its purpose is to ascertain the position of the eye’s focus, relative to the position of, for example, a virtual reality headset or helmet that a person is wearing.

Aside for the IR transmitter, the headset has an IR receiver. As the eye’s focus moves to look at different portions of the virtual scene, the component system will track the position of the focus. The complex methodologies that underlie this capability are described in OPTICS and in Tufts.

The CSL1501RW’s side-firing mechanical orientation offers enhanced design versatility that makes it well-suited to serve as a light source for eye-tracking in augmented reality and for similar applications. 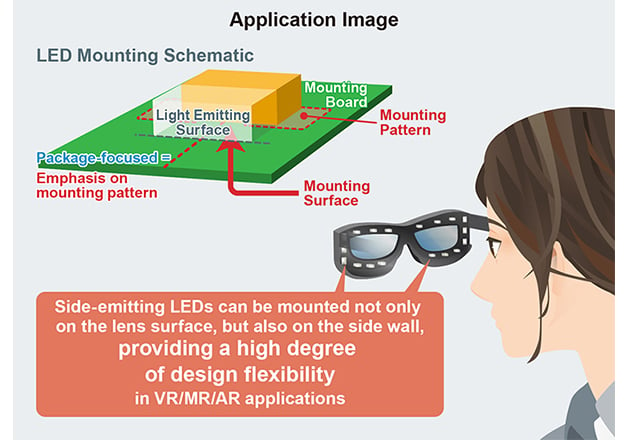 This is an important consideration in devices like VR headsets, and translates into longer operating time between rechargings for these mobile devices.

Typical values for voltage and current at 25℃

With forward current at 30 mA, when compared to the radiant energy at 25℃